Let's examine the history of when the Bible was first translated into English and see how that process became part of the need and desire for textual criticism. 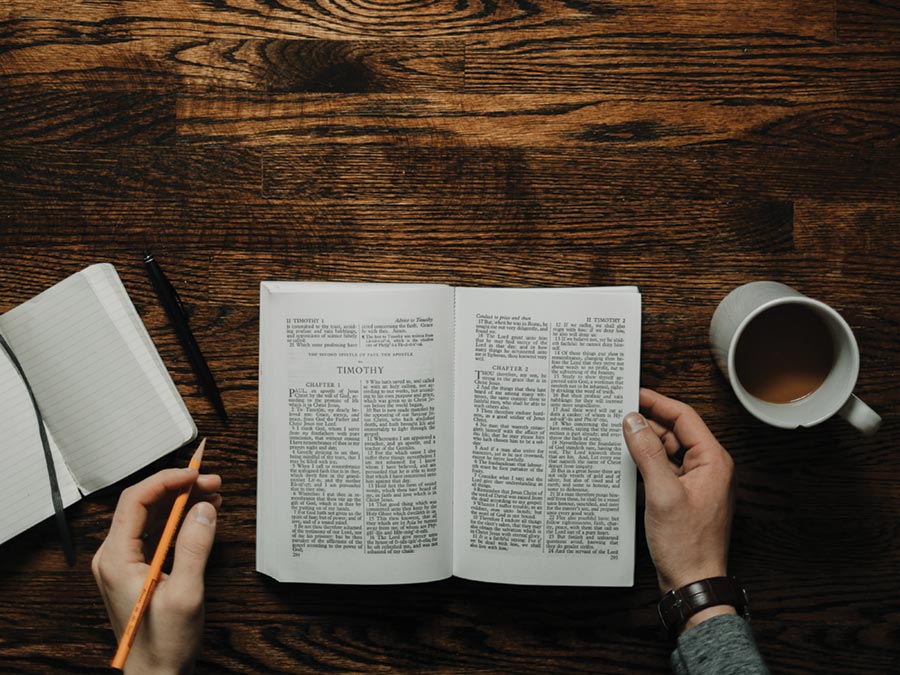 Textual criticism scholars look at variations and, using several techniques, determine what was part of the original text and what are scribal errors. Textual criticism helps us unravel questions like “Why do we have different Bible versions?,” “Why do some people want to cling to the King James Version?” and “What are we meant to make of the differences between Bible versions?”

Let’s look at it against the backdrop of the story of the English Bible. Over the following few articles, we’re going to go through the history of when the Bible was first translated into English and see how that process became part of the need and desire for textual criticism.

First, let’s consider the history of Bible translation in general.

During the early Church in the Roman Empire, Bible translations were dominated by Latin versions, springing from the work of a Latin priest named Jerome (c. 345-420 AD), who began compiling Latin texts dating from the second century. The various editions of the Latin translation became known as the Vulgate.

For over a thousand years, the Vulgate was the main translation in circulation and is one reason why the authoritarian church held so much power over the masses. The masses were largely illiterate, and Latin began dying out as a language in common use after the fall of the Western Roman Empire by invasions from Germanic tribes in September 476.

You might think the Latin Vulgate doesn’t have much relevance to our English translations, but it has had considerable influence that continues to the present. For instance, the Hebrew word māšîah (or anointed) the word for Messiah—meaning someone anointed for office with oil—wasn’t translated into Latin.

That word would be something like unctus, but it seems that the translators were unhappy with the basic meaning of that word—oily or greasy. So, they chose to go with a transliteration of the Greek word instead and used christus, like in this verse from 1 Samuel 12:5 (from the 16th century Clementine Vulgate):

In our English versions, that verse reads something like:

“And he said to them, ‘The LORD is witness against you, and his anointed is witness this day, that you have not found anything in my hand.’ And they said, ‘He is witness.’”

As you can see, instead of unctus for “anointed,” we have the word christus in the Latin text. That tradition has been continued in just about every English translation, and today we know God’s Messiah as Christ. This is only one example of how translations do not often occur in a vacuum but trace their influences on previous work.

Now you may have heard that the Latin version was the only one available during the entire Middle Ages until men like John Wycliffe (c. 1320- 1384) and William Tyndale (c. 1494- 1536) started translating the Bible into English. That isn’t entirely true. English translations, for instance, go back several hundred years before Wycliffe, who was around in the 14th century.

However, unless you are versed in Old English, you probably won’t understand those translations at all. Here’s one example from the Wessex Gospels circa 1175:

Since we all know what John 1:1 says in modern English, you can probably make out some of the words. But English has changed a lot since then. Wycliffe himself, famous for being the first translator of the Bible into more modern English, is an example of a pre-textual criticism scholar.

Unlike later translators like William Tyndale, Wycliffe didn’t have access to the original sources, i.e., the Hebrew and Greek manuscripts. Instead, he translated the Bible from the Latin Vulgate. His work, like many translations, went through more than one edition.

Early on, Wycliffe decided on a literal word-for-word approach which made the English rendition rather awkward. For example, translating from the Latin of Genesis 1:3 (Dixitque Deus fiat lux et facta est lux.), this was his first attempt: “And God seide, Be maad liȝt; and maad is liȝt.” Later, Wycliffe decided to change the word order to make it more readable in English: “And God seide, Liȝt be maad; and liȝt was maad.”

It was the Renaissance (AD 1400- 1600) that changed the discipline of translation forever. Coming out of medieval feudalism, which stifled education and advancement, Europe erupted into a period where art, literature and scientific discovery burst onto the scene.

Men like Michelangelo and Leonardo da Vinci, who under the old system would have been confined to plying their trade in their local fiefdom, now could make a name and a living for themselves. During the 15th century, as the movement spread, Europe saw the rise of Renaissance Humanism, so-called because they emphasized what it means to be human instead of focusing on religion.

However, we shouldn’t mix it up with what we call humanism today. Instead, it was part of the ongoing reaction against authoritarian religion and the power of the established church, culminating in the 16th century Protestant Reformation. One of the Humanists’ mottos was ad fontes, which means “to the sources.”

The Renaissance coincided with a renewed interest in classical philosophy and other ancient literature, including the Bible. Ad fontes meant there was a desire to find the original manuscripts rather than relying on things like the Latin Vulgate. One of those humanist scholars was a Dutch theologian by the name of Desiderius Erasmus (1466- 1536) who became the pioneer of textual criticism.

Erasmus studied at Cambridge and was influenced by a Greek scholar named Manuel Chrysoloras (1355-1415). He was an emissary sent by the leaders in Constantinople to appeal to the princes in western Europe for help against the impending invasion of the Ottoman Turks, which eventually would bring an end to the Byzantine Empire.

Chrysoloras, arriving in western Europe at the end of the 14th century, brought with him several Greek manuscripts. Greek had not been studied in western Europe for centuries, so he was in high demand to teach Greek studies in various cities, especially in Italy, such as Florence, Venice and Milan. Eventually, his influence was felt by Erasmus.

Next month we shall continue our story and see how Erasmus and his contemporaries, working at the time of the Protestant Reformation, began the discipline of textual criticism and laid the foundation for our English Bible versions.

Are there still opportunities to praise God through song, even when we are isolated or…
Continue Reading

The Bible and Food, Part 2: You Give Them Something to Eat

Letter to the Editor: Lord Jesus Christ as our “Elder Brother”

Everyone Did That Which was Right in His Own Eyes, Part 4

God’s Witness in the Workplace