A Year in Boliva

Living in La Paz, Bolivia for a year (with the support of the CBMA) was vastly different from what we were expecting, yet so rewarding. 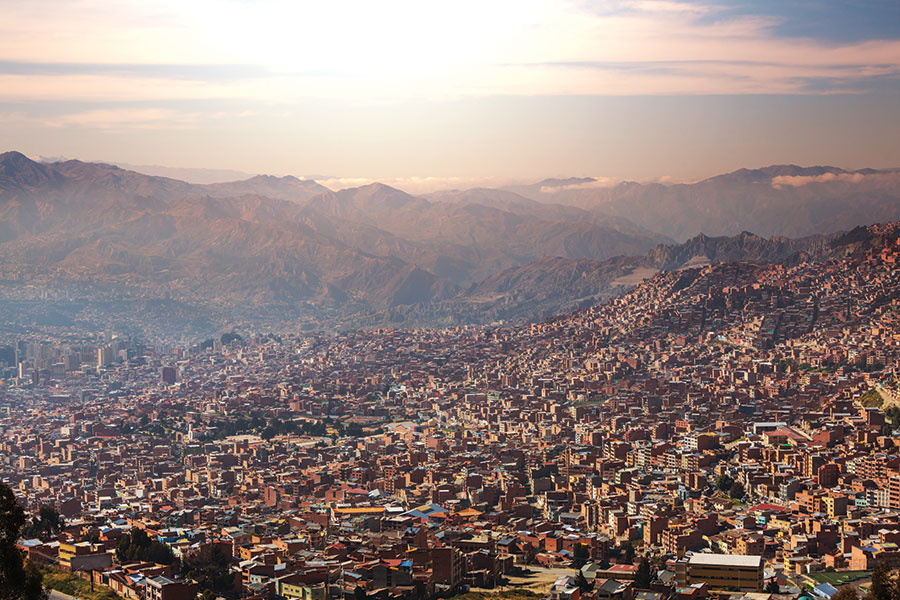 Everything changed when the pandemic suddenly shut down the world; we arrived on March 18th, 2020, on the day the Bolivian borders closed.

We had planned to spend lots of time with the brothers and sisters, to share Bible classes and fellowship together and to further preach via public lectures etc. Suddenly, we were stuck inside, only permitted to leave our apartment once a week for groceries and other necessities.

People suddenly had time on their hands, uncertainty in their hearts, and the Internet at their fingertips.

This turned into several months of solitude before the restrictions relaxed slightly to a “new normal.” Looking back now though, we wouldn’t change a thing. While at the time it perhaps seemed a little frustrating that we couldn’t get out and interact personally with others, the shutdown of the country opened so many opportunities that would not have happened otherwise.

People suddenly had time on their hands, uncertainty in their hearts, and the Internet at their fingertips. More people were reaching out searching for answers and signing up for online Bible courses. The whole situation opened an opportunity for a family of four sisters living in Cochabamba, Bolivia, which is about an eight hour’s drive from where we were living.

The youngest sister had worked in La Paz for a while and had been introduced to the truth while she was living there. She subsequently returned home and continued studying the Bible, at the same time preaching to her family. A few months after we arrived in Bolivia, one of her older sisters asked to start learning more about the Bible too, and so Rosie started classes with her twice a week via Zoom.

These were going well with both sisters, but not a whole lot of interest was being shown from the rest of the family. However, in December of 2020, very suddenly and tragically, the fifteen-year-old son of another of the sisters passed away. While this was a very difficult time for the entire family, God meant it for good.

Before too long, the boy’s parents decided they wanted to learn more about the Lord and His message of salvation through the Scriptures. As neither of them were working at the time, they were able to do classes with both of us over Zoom three times a week! So has grown a great thirst for learning the Scripture within the extended family, even including the children.

Twelve-year-old Jessica (daughter of the oldest sister) was telling Rosie that these days her uncle now reads the Bible with her nine-year-old cousin, Jose Maria, after dinner every night. The other evening, Jose Maria came and found Jessica and told her that his dad had fallen asleep on the couch while they were doing the readings, and asked her, “Do you want to come and read the Bible with me?”

They apparently spent a couple of hours reading together, comparing the gospel accounts of Jesus’ baptism, then reading about Solomon’s life before finishing off with the story of Jezebel and Ahab. Quite the selection!

We were also doing several other classes with various people within Bolivia (and in other countries) over Zoom every week, which would never have happened to that extent, had people not suddenly had so much free time. God works in wonderful ways. Now that life is returning to normal in Bolivia, with people back at work, the frequency of classes has diminished with classes dropping to perhaps once a week, but there still seems to be interest. We pray that God continues to work in these people’s lives.

The baptisms were hugely edifying for the ecclesia.

Perhaps the most encouraging points of our stay in Bolivia were the three baptisms that happened. Two sisters joined the family of Christ in November 2020, and another sister in January 2021. These were hugely edifying for the ecclesia, in a season of so much difficulty and uncertainty. At a time when death seemed very real to many, we had three new births.

It really lifted all our spirits and strengthened the bond of the brothers and sisters. If the Lord wills, the Lampstand in Bolivia will continue to grow; there is currently one other young man studying for baptism, and we pray that others will also choose to take on the saving name of Jesus Christ.

While we had few opportunities to meet physically with the ecclesia throughout our time there (the majority of meetings and Bible classes were held over Zoom), we still grew to really love them, and they definitely became family to us. They were so excited when we told them that we were expecting a baby and were ready to claim it as their own.

When Rosie broke her arm, and we suddenly changed our plans and decided to return to New Zealand, they were so supportive and brought around meals to help until we left. What a wonderful witness they were to us of the love and family we have in Christ.

We greatly miss them! We continue to break bread with them over Zoom from here in New Zealand. It is always wonderful to see and hear them all. They love to see our daughter Dalia (who was born in April after we returned to NZ and is named after one of the sisters in Bolivia) and they call her their “Paceñita”: their little La Paz girl.

Bolivia will always hold a special place in our hearts. At present, it is nigh on impossible for us to get back into the country, due to border restrictions. However, if the Lord wills, we hope to be able to return to visit them in the future, if Jesus Christ hasn’t yet returned.

We ask for your continued prayers for the ongoing growth of the ecclesia, both spiritually and physically.

And if you are ever in South America, we can personally tell you that you would be welcomed with open arms!

A very uplifting account
Thank you. Will definitely pray for everyone living there 🙏

The Bible School was a huge success, due to the hard work behind the scenes. It also provided spiritual nourishment to all in attendance, both in-person and virtually.
Continue Reading
Reflections