All One In Church: Jews 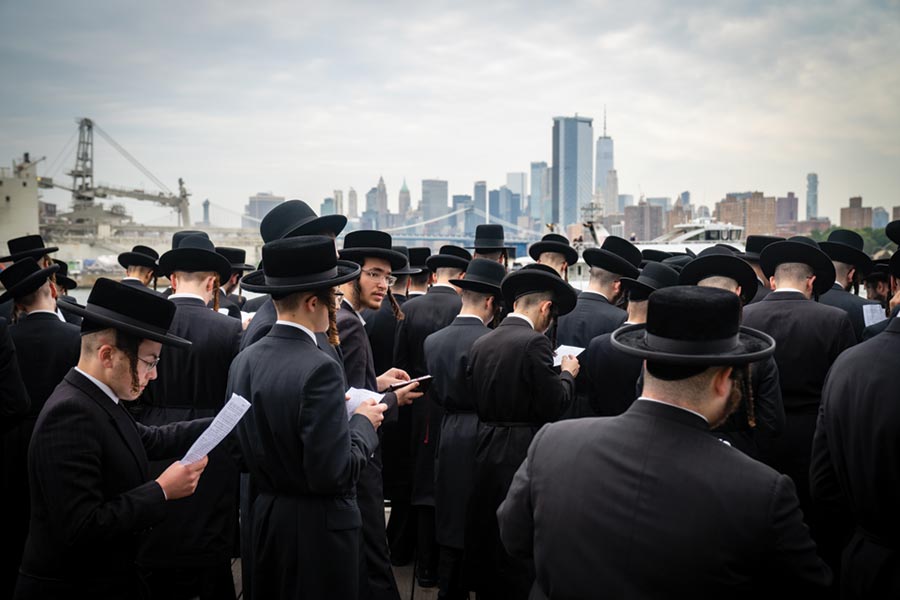 We know they are God’s chosen people; consequently, we follow their affairs with great interest, especially through the lens of the Bible. But are we always respectful of Jews, and do we know as much about them as we think we do? How can our ecclesias think about these people in an open and inclusive manner?

The Jewish people are an ethnoreligious group who defy exact definition. Their origins are known: Jews come from the Hebrews of the past, but nowadays, some people are born Jewish while others convert to Judaism. Orthodox conversion is very different from more liberal Jewish conversions. It is generally accepted that anyone with a Jewish mother is Jewish, but this doesn’t have a strong Biblical basis and may not be how God defines Jews. There is no single definition.

Although some Jews, particularly Orthodox, have a very distinctive dress code, they do not have a characteristic look. This makes it impossible to tell if we have Jews in our midst. Because we may have Jewish members or visitors at any service, nothing said should be insensitive. Anyone speaking about Jews needs to define which group of Jews they mean.

For example, the term Jews should not be used when discussing religious Jews because many Jews are secular. Nor should Jews be used when Ashkenazi Jews (those of the European Diaspora) are being talked about. Without a precise definition, there is the risk of misinformation and offense.

About 20% of Israelis are not Jewish, so the terms are not interchangeable. The secular government of Israel should not be confused with a religious organization. The Knesset upholds causes that are not supported by many of their citizens and are far from what we believe in.

About 20% of Israelis are not Jewish, so the terms are not interchangeable

News reports of racial abuse, national disasters and wars are always distressing, especially for those with loved ones involved. However, when we hear news from the Middle East or of antiSemitism, we may feel some excitement that prophecy is being fulfilled before our eyes.

It is dehumanizing for people at the epicenter of a disaster to know that others are elated because of their situation. Their needs will be for practical help and compassion. When you hear of distressing events, you can express your belief that what happened is wrong and that their community is not to blame. Do not ask questions, just offer support. This advice applies to any targeted group, not just Jews.

Compassion is an act of Christian love and needs to be expressed before excitement becomes appropriate. If you wish to avoid disrespect toward the Jewish community, everything said about Jews should be both accurate and sensitive.

These are some misconceptions and misused phrases to consider:

You may wonder how I know these things, so it feels appropriate to explain that I am Jewish (by the definition of having a Jewish mother). I don’t feel this makes me any different from any other Christadelphian; we are all sinners unworthy of God’s grace. We all know, “

All One in the Church #2: Children

Churches are good for families: from toddler groups to Sunday school and youth weekends, we provide for all ages. We all can help make life easier for families if we are flexible and plan thoughtfully.
Continue Reading
Life Application

All One in the Church #5: Clothing

Imagine what would happen if everyone attended services in their underwear? Or is it best not to imagine!? WHO? WHAT? WEAR?
Continue Reading
Life Application

All One in the Church #4: Loneliness

All One in the Church #3: Dementia

Dementia affects people’s ability to think and debilitates memory. While it can be frustrating to deal with people who are confused, it’s also a great way to practice the fruit of the spirit.
Continue Reading
Life Application

I recently went for a walk just to look at my local churches. I suggest you do this too and notice which ones make you feel like walking in. Imagine you are at a crisis point in your life and you’re feeling vulnerable. Which church would you choose? Which one looks best to visit if you are lonely?
Continue Reading
Reflections