There is an intriguing allegory that comes out of Eli's life and his interaction with Samuel. We're told in our reading from 1 Samuel 4 that "Eli fell over backward from his seat by the side of the gate, and his neck was broken and he died, for the man was old and heavy." (v18). 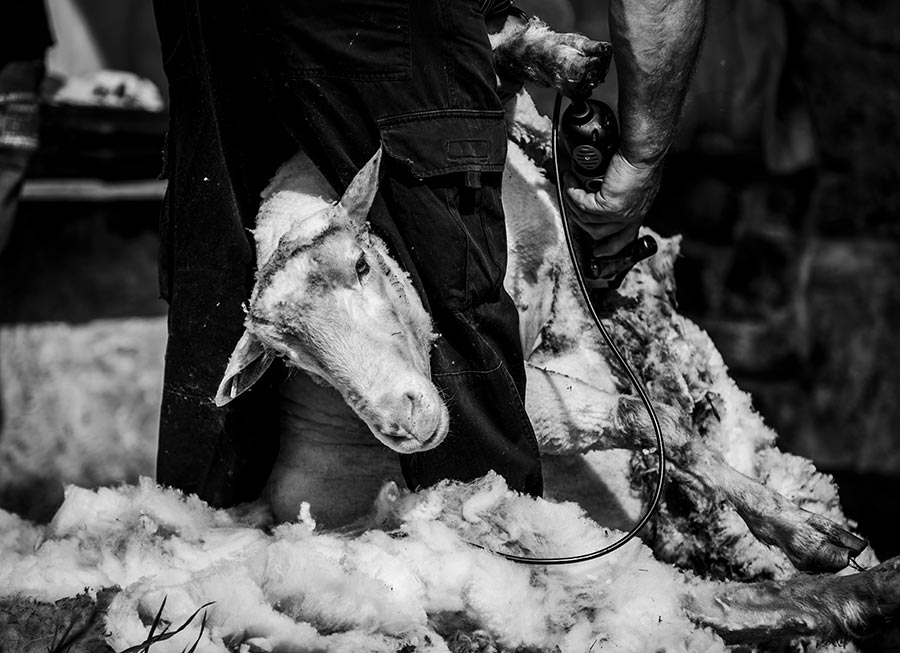 Why does Isaiah use imagery of Jesus being “as a sheep before its shearers” (Isa. 53:7) in the prophecy of events surrounding his death?

The immediate context shows that Isaiah wants us to understand that Jesus’ silence in the face of opposition was like him being a meek lamb. But there’s more to sheep shearing in Scripture than meets the eye.

Four times in the Bible, we come across sheep shearers or employers of sheep shearers, and they’re all negative characters. First, we have Laban. Genesis 31:19 tells us, “Laban had gone to shear his sheep” at the time Jacob fled from him. What we learn through Jacob’s experience with Laban is that despite being his uncle and father in law, he was deceitful and cunning. He tricked Jacob with his wives and was so and was so unfair in his dealings with him that eventually, Jacob ends up fleeing from him.

The next sheep shearer is Judah. In the story of his interaction with Tamar, we’re told, “Judah was comforted, and went up to his sheepshearers at Timnah” (Gen. 38:12). Judah was the ringleader who convinced his brothers to sell Joseph, and this context also illustrates him as a very immoral man.

Next, we have a man who interacted with David. 1 Samuel 25:4 tells us, “Nabal was shearing his sheep.” He was the mirror image of Laban. Even his name is the reverse (it works in Hebrew as well as English). Whereas Laban was cunning and smart, Nabal was a fool – which is precisely what his name means. He was rude and dismissive towards David and came across as a numbskull.

Finally, there is Absalom – “Then Absalom came to the king and said, “Kindly note, your servant has sheepshearers” (2 Sam. 13:24). We kindly note it too, because it completes the picture of four evil men. This time we have the handsome villain who seduced the people to stop following David and rebelled against his father.

The people of his day sheared Jesus of his life, and through it all as a sheep before its shearers is silent, he did not open his mouth. He humbly submitted to the worst sort of treatment human beings can inflict on others. He was as a lamb silent before its shearers because it was God’s will that he should die. In his death, he not only saves us from sin but illustrates that sin for us – in the way in which the spiritual sheep shearers treated him. The death of Christ, therefore, becomes an example for us, how to treat one another, and not go down the same route as Laban, Judah, Nabal, or Absalom.

Editorial
Strong’s Concordance — Its Use and Abuse
Continue Reading
Reflections