The “Black Lives Matter” movement claims that a nationwide social injustice by race exists, i.e. that people of color are more likely to be killed at the hands of America’s law enforcement officers than those who are white. Examination of the facts justifies this claim. 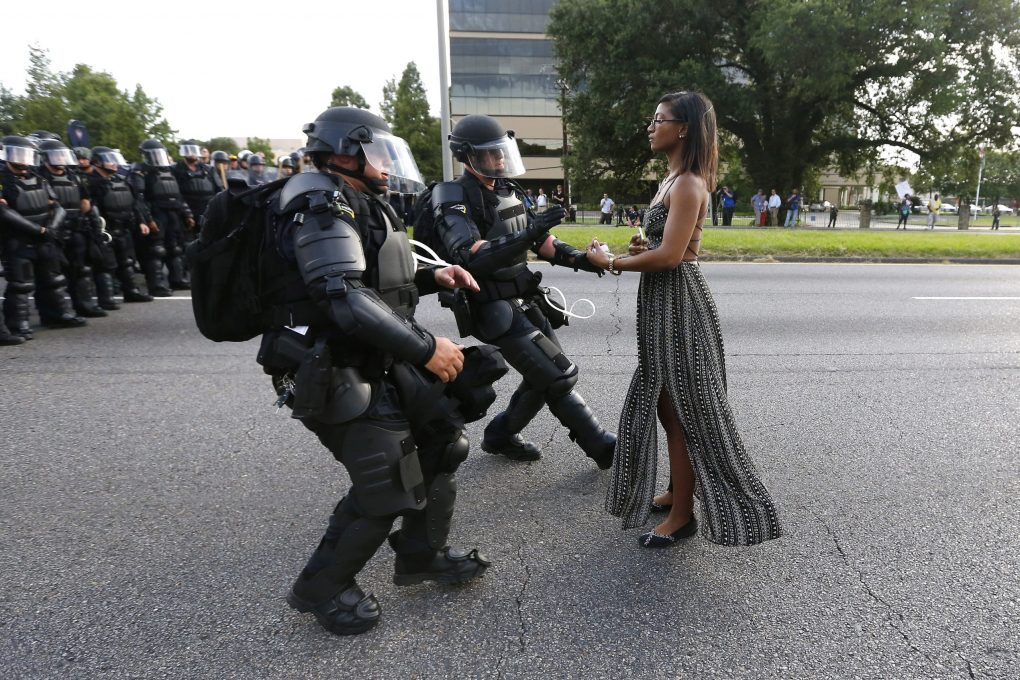 The “Black Lives Matter” movement claims that a nationwide social injustice by race exists, i.e. that people of color are more likely to be killed at the hands of America’s law enforcement officers than those who are white. Examination of the facts justifies this claim. Using the latest available figures, those shot dead by police in America in 2019 numbered 370 white, 158 Hispanic, and 235 black,1Source: Statista.com from baseline populations of 197M white, 52M Hispanic, and 42M black.2Source: 2010 US Census In simple terms, the chance of death at the hands of a police officer is 2 in a million if you’re white, 3 in a million if you’re Hispanic, and 5.5 in a million if you’re black. Since these figures come from all across America, arguments about “a few bad apples” in any local police department immediately crumble. It’s a nationwide situation.

Thus we learn, if you’re black, it’s three times more likely you’ll be killed by a police officer than if you’re white. This seems to validate the claim of social injustice by race in the US.

Don’t all lives matter? Yes, they do – and equally at that. It is a fact so obvious it earns the descriptor of a truism. But is this a helpful, or even accurate, reply to “Black Lives Matter”?

No, it is not. In fact it shows a failure to understand the “Black Lives Matter” reality. For those with a Biblical interest, here’s an analogy:

When Jesus said: “Blessed are the meek,” thankfully there wasn’t someone in the third row chirping: “Actually, blessed are ALL lives, Jesus.” While the hypothetical heckler would’ve been technically correct, the point Jesus makes is to draw attention to a particular part of society who are oppressed (the meek) and show how their plight is remembered in the eyes of God.

By corollary, “Black Lives Matter” also highlights an oppressed portion of society. Behind the banner statement lies the longer explanation: “All lives should matter equally, but if you’re black you’re three times more likely to be gunned down by police than if you’re white, and that simply isn’t right. Thus we highlight the plight of black lives, because they currently DON’T hold the same value as others, as seen in their amplified homicide rate at the hands of the authorities who are supposed to protect us all.”

Many may be thinking: “I actually support law and order. I’m grateful for those who put their lives on the line every day so that my life can be safer. I respect police officers and support the difficult job they do, and the costly, sometimes ultimate, sacrifice they make. And I’m not going to apologize, or be made to feel bad, for having those opinions.”

Amen! I agree wholeheartedly. And let’s be clear, the dangers of being a serving police officer in the US are very real indeed. An average of 64 officers per year are killed feloniously3Average felonious deaths, 1980-2014, excluding accidental deaths, source: FBI.gov from a total of 676K serving officers;4Average serving police officer numbers, 2004-2018, source: Statista.com a chance of losing life of 95 in a million. Ergo, the plain fact is that it’s roughly 20 times more dangerous to *be* a police officer in America than it is to be an African American encountering one.

So, given that the danger of death for an African American encountering a law enforcement officer is twenty times less than the daily risk of an officer him/herself, is it reasonable to respond to the cry of “Black Lives Matter” with “Blue Lives Matter”?

Absolutely not. And here’s two reasons why:

People of color do not enjoy this option. They do not live more dangerous lives because they bravely opted to do so. They live lives of increased danger because a pervasive social injustice forces that danger upon them. There is no opt out, there is no retirement. Nor are their ranks populated only by adults in good health. Whether adult or child, male or female, healthy or disabled, brave or timid, they are all sentenced to elevated risk. Tamir Rice was only 12 years old when he was playing with his plastic toy gun in a park in 2014, only to be shot dead immediately by the police officer arriving; a death later officially deemed “reasonable.”5Source: BBC News, 11 Oct 2015 Eric Garner was already asthmatic when he was choked to death by police officers the same year, gasping “I can’t breathe” as his last words, and his death isn’t even included here (nor is George Floyd’s death, who died speaking exactly the same words six years later) since he wasn’t shot dead. Garner’s death was duly ruled a homicide, yet charges were never brought against the police officer who killed him.6Source: New York Times, 16 Jul 2019

Being a person of color should not be an enforced social disadvantage in this country, and certainly not one bearing lethal risk. Yet it continues to be so. Thus the issue of choice, or lack thereof, forbids “Blue Lives Matter” as an appropriate response to “Black Lives Matter.” It’s to compare apples to oranges in the most tone-deaf possible way.

There is a social disparity in the danger American citizens experience when encountering police, according to the color of their skin. And it is never appropriate to respond to the cry of “Black Lives Matter” with “All Lives Matter” or “Blue Lives Matter,” for the reasons given above. The appropriate response from anyone who wishes to be a force for good in this world, whether by reason of a religious figure they follow, or simply for the advancement of goodness per se, must be borne of a sympathetic heart, a listening ear, and, perhaps most importantly of all, a willingness to expend actual time and energy on advancing remedy to the problem’s cause.

If a brother or sister is poorly clothed and lacking in daily food, and one of you says to them, “Go in peace, be warmed and filled,” without giving them the things needed for the body, what good is that? …For as the body apart from the spirit is dead, so also faith apart from works is dead.” – James the Apostle
Bro. John Pople
San Francisco Peninsula
Reflections

The rumors come ahead of the man himself: Joshua is out again, preaching again!  He’s…
Continue Reading
Reflections

John emphasizes that we must love one another. Indeed, it’s a command that we do so…
Continue Reading
Reflections