The Truth has grown in some remarkable places that worldly wisdom and foresight would not have imagined. It grew among the poor industrial working classes of the Midlands and Yorkshire dales of England in the last century, in the poor immigrant communities in North America in the early twentieth century and today is... 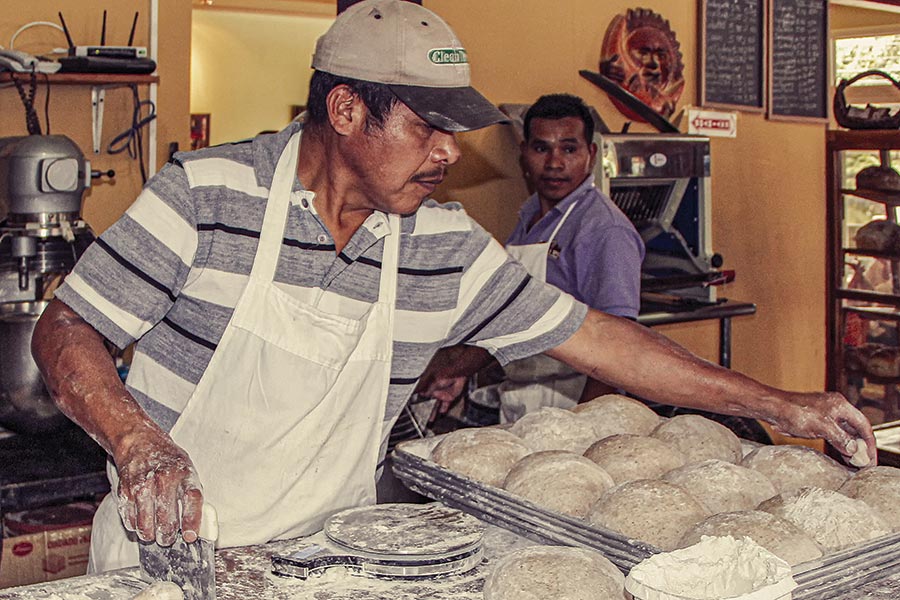 We propose to analyze this subject under five inter-woven heads:

We quote first from Parables by Bro. John Bilello with his permission already granted:

“The Truth has grown in some remarkable places that worldly wisdom and foresight would not have imagined. It grew among the poor industrial working classes of the Midlands and Yorkshire dales of England in the last century, in the poor immigrant communities in North America in the early twentieth century and today is prospering in many third-world countries in spite of barriers of war, poverty and lack of education. Ecclesias and individuals ought to bear this in mind when planning preaching efforts; sometimes in the least desirable, ill-spoken places people exist who are the most willing to accept the word of God.” (p. 80).

Some of these developing countries include the Caribbean: Jamaica, Guyana, Trinidad and Tobago, Barbados and Panama, which are the subjects of the present consideration. There are no barriers of war or lack of education, but there is poverty. This general, common condition in the territories under reference presents an interesting opportunity for CBMC to evangelize.

Perhaps a poor economy in these countries better generates a warm interest in the Father’s provision for all nations. The Truth Corps’ experience in Guyana, on two occasions in the last decade, emphasized the unique hospitality shown to “strangers” bearing the Gospel. Each one of the Truth Corps team members, chaperoned by Sister Myra Lucke, reported how the contacts were willing to invite the campaigning pairs and eagerly listened to their presentations.

On the flip side to planning outreach, the question is often asked about follow-up, in view of the paucity of local workers, something that plagues these ecclesias in the wake of North American immigration. Sadly, the exodus of brothers and sisters to other countries has robbed the home ecclesias of many experienced workers, resulting in the other concern of immaturity in leadership and management.

The opportunity is there in all these countries. CBMC has been doing an outstanding service in channeling funds to: (a) alleviate welfare needs, (b) maintain full-time field workers, and (c) run fraternals, Bible Schools, Youth Gatherings and Camps. Channeling these funds is sometimes met with an unexpected pothole where the local membership displays mistrust for the appointees disbursing the overseas help! Prospective volunteers need to be aware of this situation and plan to handle it so discreetly that new converts are not side-tracked by non-edifying issues!

The fact that the local populace is ever willing to listen to the gospel tips the scale in favor of seizing the opportunities against being overwhelmed by the challenges. Door-to-door campaigners are hardly ever given the cold shoulder response typical of the North American attitude; thus, any planned outreach can allay this fear. Coupled with the hospitality of the general public, the homes of Christadelphian families are open to visiting missionaries in most of the Caribbean and Panama. Additionally, CBMC local organizationss may own an apartment to cater for long-term volunteers, such as in New Amsterdam, Guyana, where the ecclesial hall has occupied the lower portion of a fully equipped mission aparment since 1964. This became the home for a succession of missionaries, (e.g., the Greens, Simpsons, Sleepers and Parsons.)

We have generalized these countries in five interwoven factors: economy, immaturity, hospitality, manpower, paucity and humility. All of these countries have often been visited by the present author and other members from the Brooklyn, NY Ecclesia. However, we make no reference to Antigua, Bahamas and St. Lucia, where we are less familiar. A final suggestion for the new laborers to a field: Work with local CBMC representatives and other devoted members in every established ecclesia.

The current number of ecclesias in the Caribbean and their membership are listed in the table to the right.

There are two ecclesias in Panama. The Colon Ecclesia, on the Caribbean side of the Isthmus, was formed in the 1950s due to the efforts of British and North American brethren. In the formative years, the response to preaching efforts was very encouraging — up to 100 or more would attend some campaigns. This ecclesia grew rapidly and eventually preaching work began in the capital of Panama City, which is on the Pacific Ocean side of the Isthmus. An ecclesia was established in the capital in the 1960s. The Colon Ecclesia has always rented, while Panama City has its own ecclesial hall. There have been around 100 baptisms over the years. Sadly, for various reasons, both ecclesias have dwindled in numbers. This is largely due to economic struggles where some have emigrated to other countries. The attractions of the world, or other churches, have pulled some members and youth away from the Truth, and others have fallen asleep in the Lord. At present, the Colon Ecclesia numbers about 14 active members and the Panama City Ecclesia approximately ten active members. Between the two meetings there are about ten teens and younger children. The responsibility of platform duties rests on the shoulders of seven brothers! Both ecclesias appreciate the regular support of visiting brothers and sisters from other countries several times a year. It should be noted that most members speak Spanish and English, so English- speaking visitors are welcome, since translation into Spanish can be arranged, when required. There is a real and urgent need for short-term and long-term assistance for the survival and growth of both ecclesias. All members are very welcoming and short-term accommodation can be arranged. Long-term support would be much appreciated and with the backing of the Christadelphian Bible Mission of the Americas (CBMA).

For more information, we urge you to contact Brother Ian Neblett (Colon, Panama) at ianneblett@hotmail.com or Brother Don Luff at luffs@sympatico.ca, who is the CBMA Panama linkman.

The Truth in Jamaica goes back to the 19th century, when Brother John Blenman, who was baptized in North London, UK, sailed to the Caribbean.

He was instrumental in the beginnings of ecclesias in the Caribbean, notably Barbados, Guyana and Jamaica. An ecclesia was established in Jamaica in 1894. In the mid-1950s British brethren supported renewed efforts on the Island. The CBMUK, and later brethren from North America assisted this effort. Over the years, there have been upwards of 15 ecclesias in different locations across the island. In the mid-2000s, there were about 12 active ecclesias of various sizes. There are six ecclesias that hold weekly Sunday Remembrance Services, numbering approximately 100 members altogether. For about 20 years now, the two North American Bible Missions (CBMA/CBMC) have provided physical and financial support to the Caribbean area, including Jamaica. The membership is stable at present, however about 20 brothers fulfill the platform duties for all six meetings. There is an average of one baptism per year. One of the dilemmas is in retaining the youth. As in all countries, the pull of the world, the hazards of the Internet and materialism are some of the things that draw members and youth away. The love of the brotherhood in Jamaica is infectious and life changing! You will never regret serving in Jamaica. There are a number of visits to Jamaica by overseas brothers and sister every year. Truth Corps has travelled to Jamaica in recent years, helping with various events. The CBMC sponsored a missionary couple during 2018 and 2019, a big boost for ecclesial activities. However, more short-term and long-term support is needed to strengthen and build the ecclesias.

We just returned from Jamaica where we were able to visit four of the ecclesias and spent a few days at Round Hill where the mission apartment there can easily accommodate six. There is also a full kitchen complete with stove, refrigerator, microwave and utensils. There are also activities every night, except for Saturday, which is cleaning night. Getting there is easier than in other areas, although a 4×4 would handle the “roads” better than a small car. The view is spectacular looking down on Treasure Beach and most of the members live within walking distance. For more information, we urge you to contact Brother Keith Kinlocke, CBMJ chairman at kkinlocke@yahoo.com, or Brother Nathan Giordano at nate.giordano@gmail.com, who is the CBMC Jamaica linkman.

The history of the truth in Trinidad and Tobago (T&T) dates back to the 1950s when the first ecclesia was established in Tobago with the help of the CBM in the UK. There are approximately 72 members in the four T&T ecclesias and about 60 Sunday School members including 25 CYC members.