“Watch ye, therefore, and pray always, that ye may be accounted worthy to escape all these things that shall come to pass, and stand before the Son of man.” (Luke 21:36) 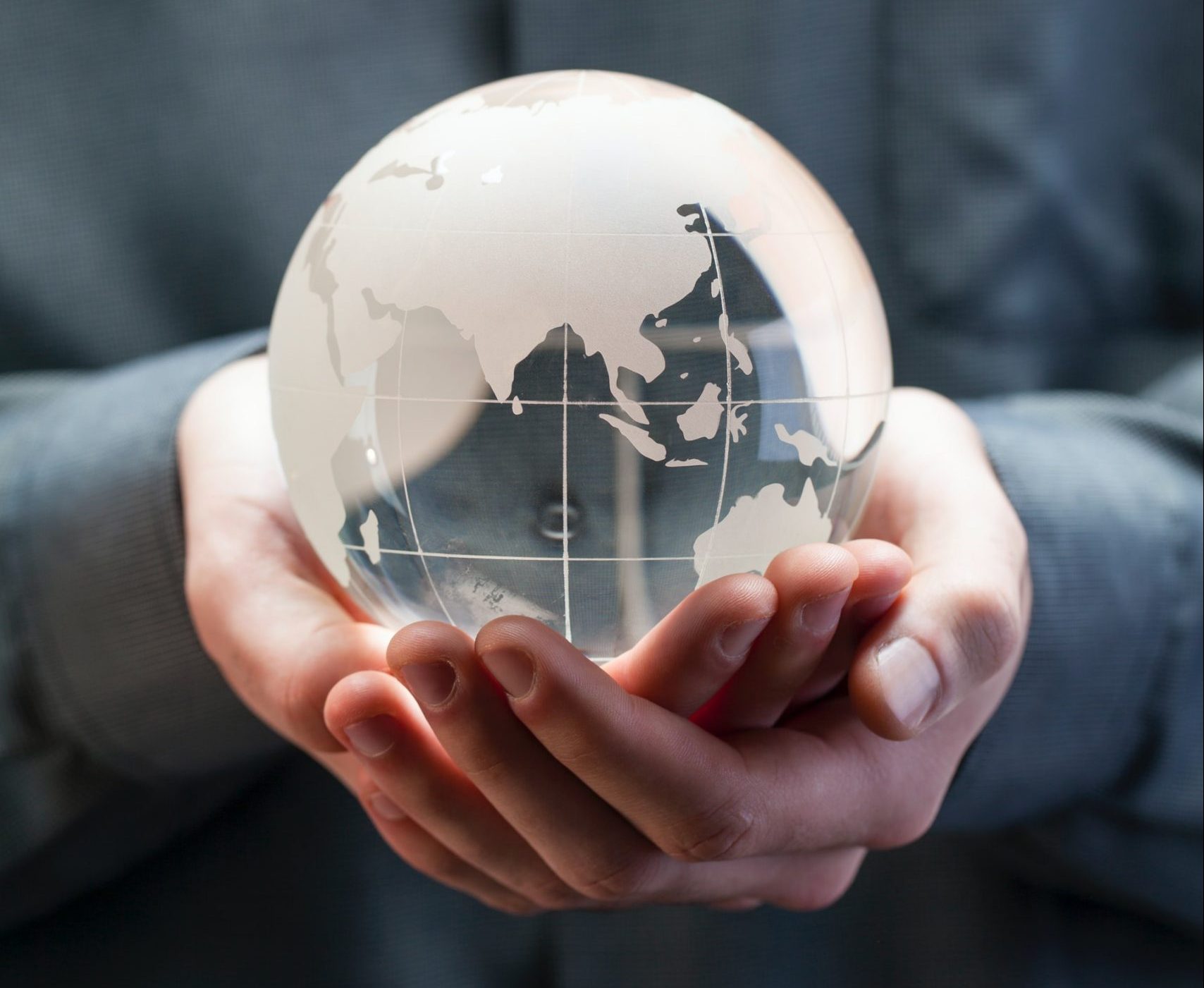 I always thought that the cataclysmic events prophesied to occur in conjunction with Jesus’ return would affect the whole world. These events would ultimately bring everyone to the point that they are in such desperate circumstances that they are willing, more than willing, to turn to Jesus and His teachings for deliverance.

Haggai 2:6-9 is a powerful example of an end time prophecy in this vein.

Hebrews 12:25,26 picks up the words of Haggai in the context of exhorting us not to turn away from the words of God:

“Whose voice then shook the earth; but now hath promised saying, Yet once more shall I shake not the earth only, but also heaven.”

Could “shaking the heaven”, and if literal, be a solar explosion/flare like those that have occurred in past incidents that have disrupted radio transmissions? Maybe this time is would occur with much more force and disable satellite electronics, thereby ending our Internet-dependent communications, military spying, early warning systems, banking and other systems?

We have all speculated how the prophecies related to Jesus’ return will unfold but, as I said, I wasn’t thinking in terms of a pandemic. I thought the end of time events would start off in Israel with the invasion of the northern host in conjunction with its Arab allies and then escalate from there. Perhaps there would be nuclear explosions with wide-spread fallout. It was going to be over there, not here, at least initially.

We all knew that deadly contagious diseases still exist and from time to time manifest themselves in some new illness. We have come to have every confidence that our medical and scientific communities will quickly develop the medicines to treat us and the vaccines to keep us from being infected by them.

This is not true in all parts of the world, but progress is being made in even the less-developed nations. Leprosy, smallpox, and polio are good examples of plagues or pestilences that have been virtually eradicated. These successes have lulled us into forgetting how serious, deadly serious, pestilential plagues can be.

Statistics From Past Plagues

The number of deaths in past epidemics, when considered as a percentage of the population in their time and applied to the population of the world today, makes our current (October 2020) Covid death toll pale in comparison.

The same percentages applied to today’s populations would result in totals that we would not want to look at in print. No doubt some might say that “since the fathers fell asleep, all things continue as they were from the beginning.” (2 Pet 3:4).

But then, Jesus did prophesy that in the days before His return the conditions in the world would be the same as they were in the days of Noah, “eating and drinking, marrying and giving in marriage.” (Mat 24:38) Business as usual.

Plagues and Pestilences in Prophecies Relating to Christ’s Return

Diseases have always played a role in God’s dealings with men. Job could be made terribly sick while conveying the great lessons to Job, and to all of us. Miriam was punished with leprosy in Numbers 12:10-15, when she and Aaron presumed on Moses’ leadership. The angels used something to destroy the 185,000 Assyrian soldiers in Isaiah 37.

No doubt other examples are coming to your mind as we reflect on this subject. It is incredible to think that something so miniscule and invisible to the naked eye can disastrously affect the entire world and do so very quickly. How fragile we are.

It seems clear that disease will be one of the key factors used by God to bring our world to its knees.

Habakkuk 3:5 frames God’s ultimate future deliverance of His people in the context of His manifestation at Sinai and in his vision, he sees pestilence play its role.

“Before Him went pestilence, and burning coals went forth at His feet.”

Ezekiel 38:22 specifically mentions God bringing a “pestilence” on the Northern Host as part of God’s deliverance of Israel.

“And I will plead against him with pestilence and with blood…”

It seems clear that disease will be one of the key factors used by God to bring our world to its knees.

Pray Always That Ye May be Accounted Worthy to Escape

We have been told to pray to escape the tragedies coming on our world when our Lord returns. This offers the hope of being spared. Jesus would not have held out that hope if it were otherwise. This is not to suggest that everyone who prays will be spared, but this can be taken as a promise that fervent prayer will spare some, and hopefully many.

We have been told to pray to escape the tragedies coming on our world when our Lord returns.

My worth, or how righteous I have been. However, putting the word “accounted” into Jesus’ message shift the emphasis in large degree to Jesus who will be the one doing the “accounting.” Jesus loves us and He knows us better than we do ourselves. Most importantly, he is our

“merciful and faithful high priest, in things pertaining to God, to make reconciliation for the sins of the people.”  (Heb 2:17)

We have always placed our confidence in our hope to be granted eternal life in the great day of the Judgment on the fact that Jesus will be our loving and merciful judge.

We have never thought that our hope depends on our personal righteousness. So also, we can face the things coming on the world during its being humbled by circumstances beyond its control to the point that it recognizes its need for a Savior.

The world is beginning to get this point. This virus has many people in all parts of the world thinking about God. To quote a devout Muslim friend of mine in an e-mail received a few months ago: “We forget who is in charge. We are all busy until He pulls the rug out.”

Not many are seeing the pandemic as possibly being a precursor to the second coming.

However, I dare say many others are thinking in terms of being saved by a vaccine. Or perhaps “herd immunity” (when a large enough percentage of the population has been vaccinated or have had the disease, making the spread of the disease unlikely.) Not many are seeing the pandemic as possibly being a precursor to the second coming.

Is This the Beginning of the End?

Looking at the statistics in prior plagues we could conclude that “all things continue as they were from the beginning of creation.” (2 Pet. 3:4) But as one brother recently commented “whether or not this is “IT”, this is what “IT” will look like.

Events that are beyond this world’s control will bring the Kingdoms of Men to its knees and then, finally, Jesus will be wanted. Jesus will be desired by everyone, everywhere. As Haggai said:

“And I will shake all the nations, and the desire of all nations shall come: and I will fill this house with glory, saith the LORD of hosts.” (Hag 2:7)

Remember That There’s a Reason for Prophecies

Paul’s advice to the Romans is good advice for us:

“For whatsoever things were written aforetime were written for our learning, that we through patience and comfort of the scriptures might have hope.” (Rom. 15:4)

For most of us, it is fulfilled prophecy that gives us so much confidence in the Bible’s teachings and it is our prophesied deliverance that gives us hope for our future. These kinds of events, like wars in the Middle East, move all of Christ’s brethren and many others to think about God. Two verses earlier Paul said:

“Let every one of us please his neighbor for his good to edification.” (Rom. 4:2)

Admittedly these words were not stated in the context of an exhortation to preach, but anything we can do to “edify” and share our hope with our neighbors is more likely to be given a hearing in these kinds of times then when everything is going smoothly.

It is too bad that our nature is such that God must employ these kinds of measures to get our attention.

The Covid-19 pandemic has prevented us from most of our regular ecclesial activities, including preaching. We haven’t been able to take advantage of the opportunity created by the huge uptick in people’s interest in their relationship to God.

But perhaps we can take advantage of web conferencing (e.g., Zoom) in our preaching, even as we have learned how to use it in the other areas of our ecclesial lives?

It is too bad that our nature is such that God must employ these kinds of measures to get our attention.

Our ecclesias might consider advertising a web conferenced lecture tying in the current pandemic with other current events in the Middle East.  We need to be careful to avoid overstating these events (no man knows the day or the hour).

The presentation should be concluded with an invitation to attend a web conferencing seminar for 6 weeks or so on Bible prophecies related to Jesus’ return. Then ecclesias can move forward based on the level of interest generated.

Seminars and other preaching resources are available for ecclesial use on the Tidings.org website on Bible prophecy and other subjects.

While we wait, we still need to exercise common sense. Old advice comes to mind. We should pray as if it all depended on God, and work as though it all depended on us. We need to continue to pray that we may be accounted worthy to escape the things coming to this world, preparing it for our Lord’s return.

Our Messiah’s first coming was prophesied thousands of years before He came. But he did come. He will come again.

As you might expect, many of the planned preaching activities in Latin America and the Caribbean have been modified significantly during the pandemic. Here’s a brief report on continuing activities to preach the Gospel and how ecclesias are continuing to fellowship.
Continue Reading
Life Application

"Let your light shine before others, that they may see your good deeds and glorify your Father in heaven. (Matt 5:16 NIV)." There are many opportunities to shine our light as believers in Christ, and lots of good work to be done in our local communities.
Continue Reading
Reflections