It seems like a very remarkable thing, that the children of Israel, were unable to enter the Promised Land “because of unbelief” (Heb. 3:19). These were the people who witnessed the ten plagues, crossed the Red Sea after the waters were parted, received bread from heaven and water from the rock. 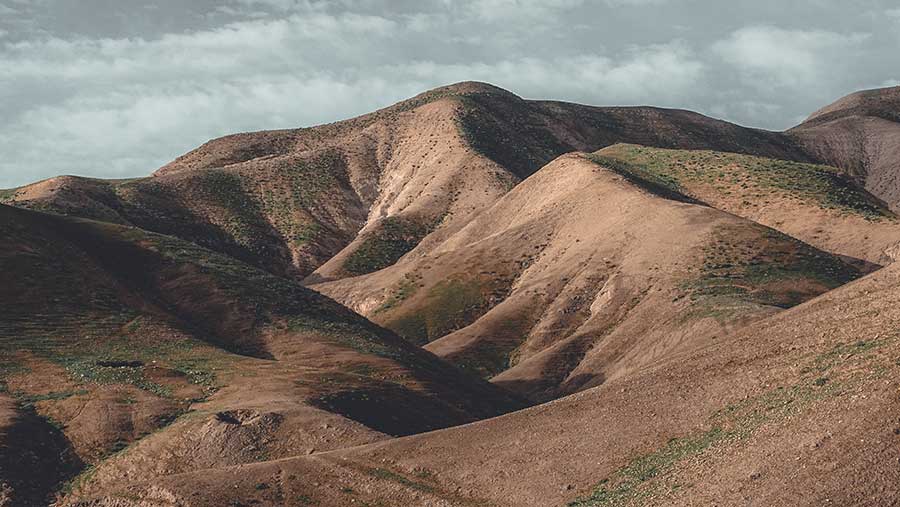 It seems like a very remarkable thing, that the children of Israel, were unable to enter the Promised Land “because of unbelief” (Heb. 3:19).

These were the people who witnessed the ten plagues, crossed the Red Sea after the waters were parted, received bread from heaven and water from the rock. As the chapter in Hebrew says, they “saw my works for forty years” (v9).

You would think, if you’ve seen miracle after miracle for forty years, that you would have faith. Most of us have probably wished that God would just make it perfectly obvious that He exists, with some show of dramatic power. Well, the children of Israel experienced that for forty years and still lacked faith.

The author of Hebrews helps us understand the problem by quoting from a psalm in verses 7-11. The key to the conundrum comes in verse 10 –

“they have not known my ways.”

Look at the difference between verses 9 and 10. They saw God’s works but didn’t know God’s ways. Psalm 103:7 says a similar thing –

“He made known his ways to Moses, his acts to the people of Israel.”

We’re reminded here of the time when Moses and the Israelites were separated from each other. They had seen many of God’s works, or acts – like crossing the Red Sea and receiving bread from heaven. But while Moses ascended the mountain, they started worshiping a golden calf after saying concerning Moses “we do not know what has become of him.” (Exo. 32:1).

Not being able to cope with the disappearance of Moses illustrates their problem. They had difficulty seeing that which was invisible. They saw the visible things in all the miracles but failed to see what Moses was privileged to witness on the mountain. He asked God “please show me now your ways” (Exo. 33:13) and what God showed him is not visible with the naked eye – his invisible characteristics – “merciful and gracious, slow to anger, and abounding in steadfast love and faithfulness” (Exo. 34:6).

Miracles like the plagues and crossing the Red Sea caught people’s attention. But what God really wants is for us to appreciate his invisible attributes. That’s what the children of Israel failed to see. Back in the quotation from the psalm in Hebrews, it begins with “Today, if you hear his voice, do not harden your hearts as in the rebellion” (Heb. 3:7-8). They were hard hearted, and when God spoke to them while the words went in their ears they didn’t really hear. The same is true for the works of God – they saw them with their eyes, but their significance didn’t register with them.

What lesson can we learn from the children of Israel? Look at what Paul says to the Romans –

“For you did not receive the spirit of slavery to fall back into fear, but you have received the Spirit of adoption as sons, by whom we cry, ‘Abba! Father!’” (Rom. 8:15).

The difference between seeing visible things and seeing the invisible depends on in what spirit we receive the words God speaks to us. The same is true for the works of God – what is the spirit behind them? All the children of Israel saw were the outward manifestations of God’s power and words that He spoke. They had let the bitterness of slavery get to them and received God’s words in the wrong spirit.

Instead we need to see the invisible qualities, the spirit by which God speaks to us, through His word and in creation – a spirit of mercy, grace, patience, lovingkindness and faithfulness. If all we hear are words and all we see are works and fail to appreciate that a loving father is behind them, who works in our lives and instructs us because He loves us, then we won’t develop faith. We might know the Word of God academically, and we might appreciate things like creation, but we won’t enter into the spirit of what God really wants, a relationship with His sons and daughters. Don’t let the problems of life make you bitter and hard hearted. Instead, embrace the God who is working in your life and cry, ‘Abba, Father’.