It’s all very well loving those we get along with – our friends, family, people who are on our social level. That’s easy. But loving the unlovely – that’s what God is looking for, because that’s God’s love toward us. 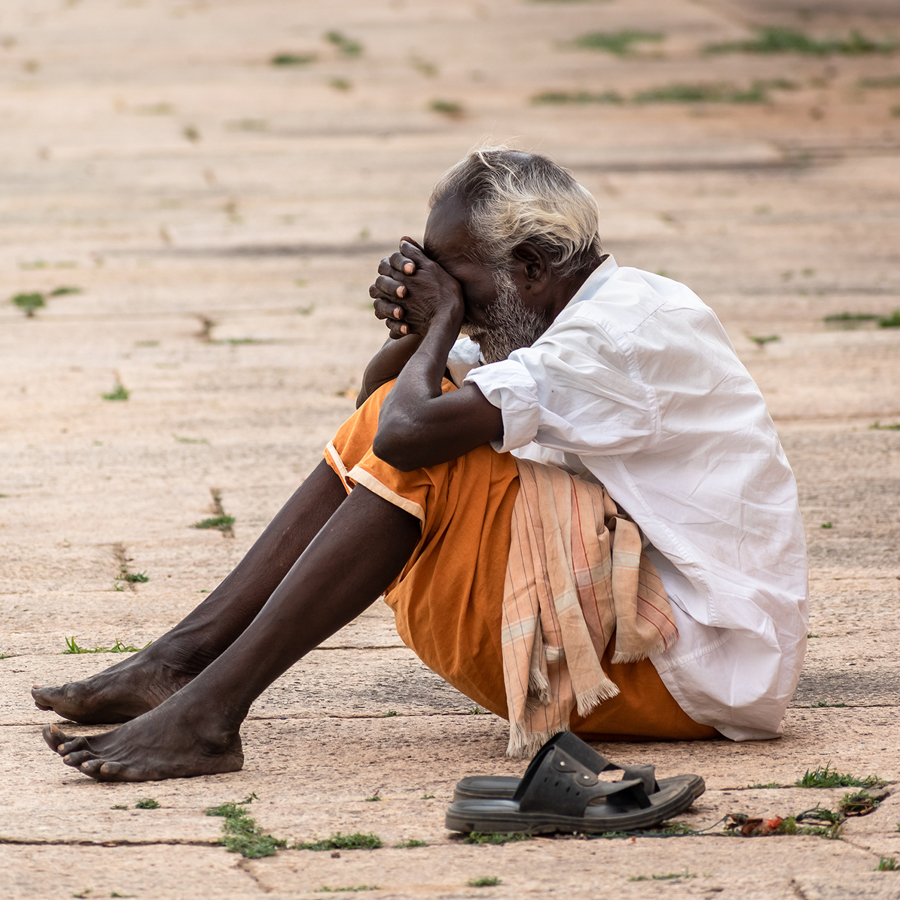 We don’t normally associate love with the Law of Moses. That’s because laws, statutes, and rules have the idea of someone being coerced into doing something, and of course God wants us to worship him out of our freewill. Perhaps another reason why we don’t associate love with the Law is because it’s seldom mentioned. In fact, the Hebrew word for love, ahab, hardly ever appears in Exodus, Leviticus, and Numbers.

We don’t find the word in the whole book of Leviticus, for example, but for the exception of two occurrences in one chapter including the famous verse that says, “you shall love your neighbor as yourself” (Lev. 19:18). However, in Romans 13 the apostle Paul tells us that love is, in fact, the underlying principle that defines the entirety of the Law of Moses. This is how he puts it:

We shouldn’t need a law, because if we love one another, we fulfill it. Look at what Paul wrote to Timothy in his first epistle where the aim of his letter is to explain where love comes from – “love that issues from a pure heart and a good conscience and a sincere faith.” (1 Tim. 1:5).

Just after he states this thesis, he talks about those who “desiring to be teachers of the law, without understanding either what they are saying or the things about which they make confident assertions.” (v7).

In other words, it’s easy to miss the point of the law if we forget the principle of love. Then he writes, “understanding this, that the law is not laid down for the just but for the lawless and disobedient” (v9) and follows it with a list of people who need a law because they can’t control themselves. Interestingly the list goes through the Ten Commandments highlighting the worst aspects of those who disobey them. But we don’t need a law because we have the principle of love.

Therefore, it’s a useful exercise to read the various stipulations in the law and to figure out how love undergirds each statute and rule. Take the context in Leviticus 19 as an example. The first half of verse 9 says, “When you reap the harvest of your land, you shall not reap your field right up to its edge.” The reason is “You shall leave them for the poor and for the sojourner” (v10).

Let’s say I had a field and wanted to obey this commandment. I could look at it one of two ways. I could gather the crops right up to the edge of my field, one inch from the boundary. There might not be much for the poor and sojourner to gather but I have successfully obeyed the law.

But I haven’t really obeyed it at all because I haven’t understood the spirit behind it. This law is not about reaping your harvest at all; it’s about loving your neighbor. How wide is an edge? Or how big is a corner of a field? It all depends on how much I love my neighbor and want to take care of the poor and sojourner. The command is to love my neighbor as myself. If I was poor, what would I need if I was desperately hungry? A scrappy one inch?

There’s another way to look at this law highlighted by James. He writes, “If you really fulfill the royal law according to the Scripture, ‘You shall love your neighbor as yourself,’ you are doing well.” (James 2:8). The intimation in the text is that those who he was writing to were loving their neighbor.

The very next thing James writes is “But if you show partiality, you are committing sin and are convicted by the law as transgressors.” (v9). If you look at the context it’s this idea of partiality that they were having problems with. The first few verses are about how they welcome the rich into their midst with open arms but treat the poor with disdain.

James’s point is that they were choosing who their neighbors were, but he cuts through their hypocrisy by alluding to the immediate context of the verse about loving your neighbor – “You shall not be partial to the poor or defer to the great” (Lev. 19:15).

The law of love should completely override partiality.

Remember what Jesus said when they asked him who was their neighbor and he responded with the story about the Good Samaritan. It’s all very well loving those we get along with – our friends, family, people who are on our social level. That’s easy. But loving the unlovely – that’s what God is looking for, because that’s God’s love toward us.

This idea about partiality is a difficult one. I’ve been moved by the reaction of Ukraine’s neighbors like Poland and Hungary. Women have left strollers at the borders for the Ukrainian refugees. They’ve opened their homes. They’ve welcomed them with love.

But think back a little while ago when Syrian refugees were pouring through Europe. Those same countries, like Hungary for example, closed their borders. The Ukrainians are their next-door neighbors. They share a common history and suffering under the Soviet regime. They look like each other. That can’t be said about the Syrians, and I’ve found myself being far more alarmed by this war than the war in Syria. The Ukrainians look western.      .

The law of love should completely override partiality. We aren’t in the middle of a war like they are in Eastern Europe. But we are presented with opportunities to help those who aren’t in our normal social group. Helping our friends and family is easy. We’ll drop everything to visit a loved one who is sick or babysit for our friends so they can have a date night. And in doing so we think we’re fulfilling the royal law to love our neighbor as ourselves.

But when it comes to the field of our influence, are we leaving more than the minimum scrappy one-inch bit at the edge?

The second most important commandment in the Bible is “you shall love your neighbor as yourself” (Lev. 19:18). It should be a simple concept (even if at times a little challenging to implement), but as with all Bible principles, we need to understand the spirit behind the law.
Continue Reading
Reflections