Judges 19-21 tell of a horrific civil war involving the Benjaminites: how it started, how it was conducted and how Israel recovered from it. Because the story is so unpleasant, it is easy to read it dutifully and then move on. Yet we are told “whatever things were written before were written for our learning.” (Rom 15:4). 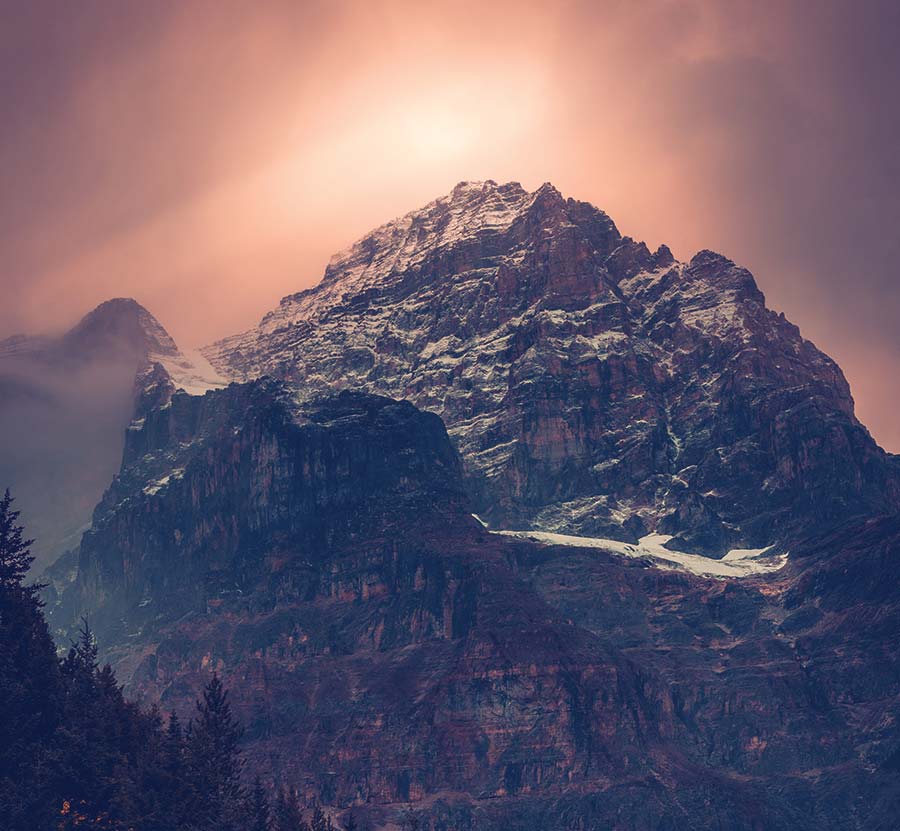 It may not be obvious immediately what this part of Judges has to do with the salvation to which we are called in Christ, but there are lessons for us here about dealing with gross wickedness and civil war.

This is one of the very darkest chapters in Israel’s history, and it is preserved for our instruction.

The story begins in Judges 19, telling how a poor woman from Bethlehem, the concubine of a Levite from Ephraim, was given up by her husband to be raped and murdered by a mob in Gibeah of Benjamin. The wickedness of this brutal rape and murder precipitated the civil war described in chapter 20.

We must emphasize that the men of Gibeah, that mob of rapists and murderers, were fully deserving of death. The language describing the incident in Gibeah is more than a little reminiscent of Sodom. So, Israel assembled together at Mizpah, determined to deal with them.

The record tells us three times that Israel gathered “as one man.” But in context it is evident that all of Israel was not gathered as one man; the assembly of Israel was certainly united, but it was not whole. For, we are told,

Again, let’s be very clear: the children of Benjamin were wrong to protect that mob of rapists and murderers in Gibeah. But how should the rest of the nation now proceed? We must look elsewhere first to understand what God really wanted His people to do.

These verses of Exodus 19 can be read simply as a summary of Israel’s journey from Egypt to Sinai. But a certain 11th century Rabbi, Shlomo Ytzchaki (AD 1040-1105), known among the rabbis as Rashi, pointed out a feature of the Hebrew text that is not immediately apparent in an English translation. Rashi pointed out a peculiarity in the verbs used in verse 2.

The verbs describing how they departed from Rephidim, came to the wilderness of Sinai, and camped in the wilderness are all plural in number. That is, the children of Israel departed, and moved, and camped, as a disunited conglomerate. But before the mountain of God when Israel camped, the verb is singular.

The point, Rashi suggested, is that here at the mountain of God, for the first time, Israel was united. Through all their difficulties and doubts, God finally brought them to Himself and forged them into one people. And when Israel encamped as one—in Rashi’s words, “as one man with one heart”—then God gave them His Law.

So, the notion that God is taking a collective of individuals and families and tribes and welding them into one people is not just a New Testament teaching, although it is a theme that is developed much more explicitly in the New Testament. Here is a familiar example:

But now in Christ Jesus you who once were far off have been brought near by the blood of Christ. For he himself is our peace, who has made both one, and has broken down the middle wall of separation, having abolished in His flesh the enmity, that is, the law of commandments contained in ordinances, so as to create in himself one new man from the two, thus making peace. (Eph 2:13-15).

The reference here of the blood and the flesh of Christ surely points to the remembrance we keep whenever we gather in Christ’s name. Paul reminds us that, through his sacrifice, the Lord Jesus is creating in himself “one new man.” And he does this, not by casting out the imperfect, but by uniting both Jew and Gentile in himself. This “one new man” is the body of Christ as described in many other places; it is the end goal for which our Lord prayed: “that they may be made perfect in one.” (John 17:23).

We are meant to grow toward oneness even now

This is the Scriptural goal of God’s holy people, to be perfect in oneness and active in His work. And, surely, it is the thought behind God’s first declared purpose for man: Then God said,

“Let Us make man in Our image, according to Our likeness; let them have dominion over the fish of the sea, over the birds of the air, and over the cattle, over all the earth and over every creeping thing that creeps on the earth.” (Gen 1:26).

Yahweh, the God of Israel, Yahweh is one; and the man made in his image must also be one, when he is perfected. We are meant to grow toward that goal even now. This oneness has occasionally been seen in Israel. For instance, in the time of their return from Babylon both Ezra and Nehemiah mention great assemblies in Jerusalem in the seventh month:

And when the seventh month had come, and the children of Israel were in the cities, the people gathered together as one man to Jerusalem. Then Jeshua the son of Jozadak and his brethren the priests, and Zerubbabel the son of Shealtiel and his brethren, arose and built the altar of the God of Israel, to offer burnt offerings on it, as it is written in the Law of Moses the man of God. (Ezra 3:1-2).
Now all the people gathered together as one man in the open square that was in front of the Water Gate; and they told Ezra the scribe to bring the Book of the Law of Moses, which the LORD had commanded Israel. (Neh 8:1).

So, oneness is not just an end-goal; it is the proper and expected state of God’s people in his service. With this in mind, let’s go back to the final chapters of the book of Judges. As the result of the horror in Gibeah, and of Benjamin’s refusal to deal with that wickedness, God’s holy people fell into civil war: the nation against the tribe.

Israel, without the tribe of Benjamin, had come together as one man, to execute judgment against the wicked. Twice Israel advanced on Gibeah; twice they were repelled, losing a tenth of their huge army. Given that Israel was engaged in a righteous effort to expunge a great evil from their midst and given that God himself had both times answered their inquiries about the order of battle, we need to wonder why Israel was not successful immediately.

The answer lies in Israel’s third approach to the sanctuary. After the second defeat, we read:

Then all the children of Israel, that is, all the people, went up and came to the house of God and wept. They sat there before the LORD and fasted that day until evening; and they offered burnt offerings and peace offerings before the LORD. So the children of Israel inquired of the LORD (the ark of the covenant of God was there in those days, and Phinehas the son of Eleazar, the son of Aaron, stood before it in those days), saying, “Shall I yet again go out to battle against the children of my brother Benjamin, or shall I cease?” And the LORD said, “Go up, for tomorrow I will deliver them into your hand.” (Judg 20:26-28).

The LORD approved of their purpose in removing this wickedness from among them. But He waited for them to come to Him with tears and fasting and sacrifice. Even though the evil men in Gibeah deserved death, and even though the men of Benjamin were very much in the wrong, still, our God wants us to understand that this kind of action should never be automatic, a matter of course.

Though the Benjaminites were wrong to defend the wicked men of Gibeah, yet they were still children of Israel and part of God’s holy people; they were going to war against their brethren. Tears and fasting and sacrifices are fitting preparation for such a battle, a preparation that Israel had not taken earlier.

So, the next day they went out again. And the next day, Israel took Gibeah and routed the army of Benjamin. But this is where things went wrong yet again. They won the battle, and then they kept on winning. And they kept winning until there were only 600 Benjamites left!

From a full tribe of Israel, Benjamin was reduced to 600 soldiers out of an army of 26,700—and it would appear there were no surviving Benjamite women, children or civilian men. Israel, having gone to war to remove a horrible stain from their nation, ended up removing a whole tribe. How did it come to this?

There are hints in the record, which we will look at in part 2, next issue.

Made Perfect in One, Part 2

In the first part of this article of this series, we considered the civil war between Israel and Benjamin in Judges 20-21. We noted that Israel continued routing Benjamin until almost the entire tribe was wiped out. Was this really the right thing to do? We’ll consider this question and continue with the theme of how we can achieve unity amongst God’s holy people.
Continue Reading
Reflections