Why did God choose to send Moses and Elijah onto the mountain of Transfiguration? The whole event is extraordinary. Out of the blue, these two Old Testament characters appear with Jesus. 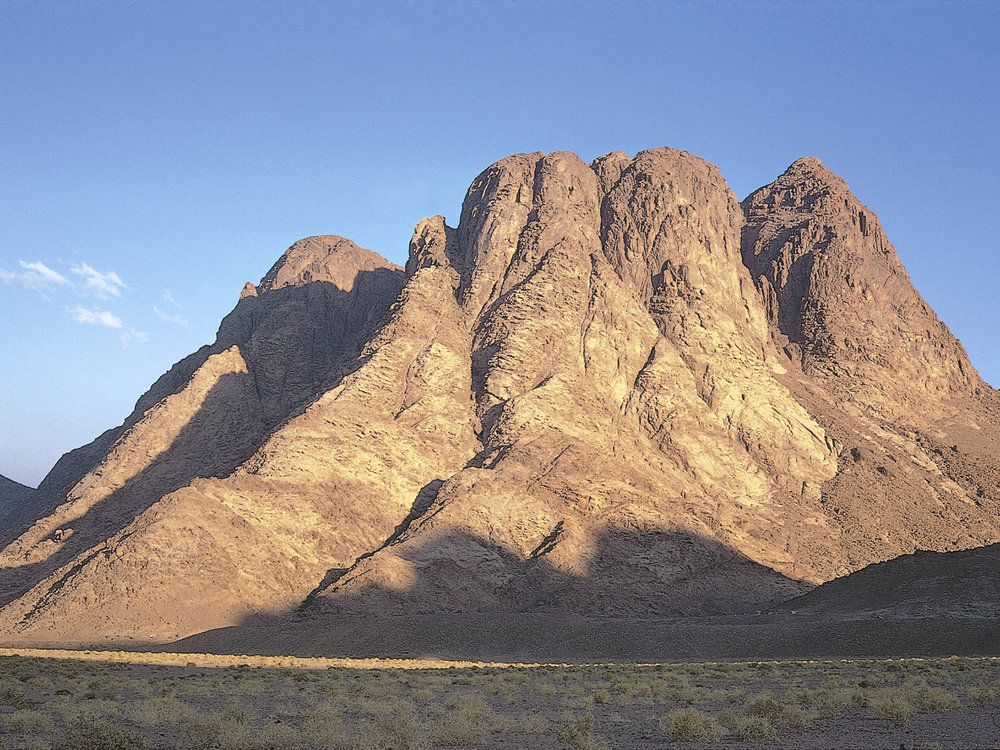 Why did God choose to send Moses and Elijah onto the mountain of Transfiguration? The whole event is extraordinary. Out of the blue, these two Old Testament characters appear with Jesus.

His face and clothing started to shine, and the three of them, along with Peter, James, and John, heard God’s voice from heaven. Were Moses and Elijah literally there, resurrected for a short time for the event? Or was it just a vision? We don’t know, but what’s important is that it was those two men.

Why not Abraham and David, for example? Two men given the promises that intersect in Christ as their offspring. Or, since Jesus was going through a very pressured time in his ministry, why not someone like Job or Jeremiah, men who had gone through similar trials? But no, for some reason, it was Moses and Elijah.

What do those two men have in common? Quite a lot! They both fasted for forty days, for instance, just like Jesus had done in the wilderness. They also both saw the glory of God on a mountain, so the glory of God seen in Jesus’ face and clothing shining is very apt. They also both went on a journey to Mount Sinai, the place where they both saw God’s glory. Moses, during the exodus and Elijah on an enacted exodus recorded in 1 Kings 19. And it was the exodus they talked to Jesus about – or its fulfillment to come in Jerusalem – as Luke says in his record of the Transfiguration.

But most of all, they had a fellow feeling with what Jesus was going through. Think about the missions of Moses and Elijah. God called Moses to lead the children of Israel out of Egypt, a place where they had worshiped pagan gods. Elijah had a similar mission, to lead Israel out of Baal worship. But what happened in both cases? Their missions completely failed. Nearly every responsible person who came out of Egypt died in the wilderness for lack of faith. And while there was a short-lived expression of faith after the fire came down from heaven on Mount Carmel and the people cried, “Yahweh, he is God!”, things didn’t change at all.

Moses and Elijah knew what it was like. They knew what Jesus was feeling, the despair and disappointment of losing his audience, how his message was falling on deaf ears.

From a human point of view, Jesus’ mission was to fail as well, ultimately. God called him to lead Israel out of spiritual idolatry, the legalistic religion of the scribes and Pharisees. But they put him to death, and he was crucified like a common criminal.

Moses and Elijah knew what it was like. They knew what Jesus was feeling, the despair and disappointment of losing his audience, how his message was falling on deaf ears. The fact that everything was going to end in apparent failure.

When we’re going through difficult times, it’s strengthening to find people who have a fellow feeling. That’s’ what Jesus encountered with Moses and Elijah. People who could relate to him. People who got it, who understood. We can be like that for one another, and it’s one of the reasons why our Lord has gathered us together in ecclesias. When we talk to one another and find out a brother or sister in the meeting has gone through a similar experience in the past, it can be our own Transfiguration. A time when our thinking becomes transformed as we realize we’re not alone, others have gone through similar situations, and there is hope.

Another way to look at it is to seek out our own Moses-Elijah combinations in Scripture. The faithful before us are our examples. Everyone has at least two or three characters in the Bible they relate to. That’s one reason why we read and study the Scriptures that through them, we are comforted, strengthened, rebuked, and guided.

Even Jesus needed others to give him advice, counsel him, and reassure him. We have a wealth of resources in the characters of Scripture. Paul tells us,

“For whatever was written in former days was written for our instruction, that through endurance and through the encouragement of the Scriptures we might have hope.” (Rom. 15:4).

There are always going to be Bible characters who speak to us and the situations in which we find ourselves. While we don’t experience things as dramatic as the Transfiguration, we can still use the Moses’s and Elijah’s of Scripture to give us the counsel we need.