In our continuing series of courageous women in the Bible, Sis. Melinda Flatley looks at six women who played significant roles in the life of Moses. 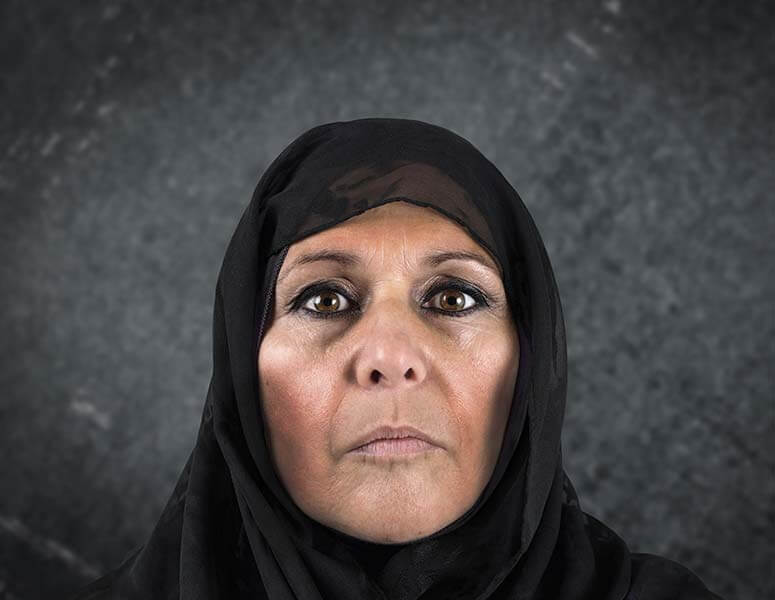 Moses was a fortunate man. He was called the “friend of God,” and the LORD spoke to him face to face. But without God placing six uncommon women in his life, he might not have survived to lead the Israelites out of Egypt, or through the wilderness.

The Law of “Moses” might be the Law of “someone else.” However, without these ladies, God’s plan would most likely still have been worked through some other means, because all things are possible with God. All this history, and much more, was written in The Pentateuch by Moses. His personal history starts in Egypt in the Book of Exodus. Here’s a look at the role of those six courageous women who God chose because of their faithfulness to be instrumental in saving Moses’s life.

These women were the Hebrew midwives to the Israelites in Egypt. Their names mean “beautiful” and “radiant,” and these qualities were reflected in their characters.1 In Exodus 1:15-16, Pharoah ordered them to kill all the newborn boys, because he feared an uprising from the enslaved Hebrew people. What midwife could do this task? Their job was to save the lives of babies, not murder them! And so, the midwives “feared God and did not do as the king of Egypt commanded them, but let the boys [including Moses] live.” (v.17).2

They bravely defied Pharaoh by cleverly suggesting the Hebrew women were no better than animals, giving birth in the field. Since that was also Pharaoh’s opinion of his slave people, he spared the midwives from punishment. No doubt God’s hand was instrumental as well, and He rewarded them. “And it came about because the midwives feared God, that He established households for them.” (Exod 1:21). But Pharaoh issued a new decree: “Every son who is born you are to cast into the Nile, and every daughter you are to keep alive.” (Exod 2:23). They were to be thrown to the crocodiles as if to the Egyptian God, Sobek, who symbolized Pharaoh’s power. This fate the midwives could not prevent.

Was Moses saved from death by Shiphrah and Puah only to drown in the Nile or be eaten by crocodiles? No! He was rescued again by his mother, Jochebed, who hid him for three months. She was of the house of Levi and married to Amram, who was also her nephew (Exod 6:20). Jochebed’s name means “YHWH is glory;” as such, she is the first person in the Bible to have the abbreviated name of God in her name. She proved herself worthy of carrying this exalted moniker.

When Moses was born, she sensed there was something special about him. Perhaps Jochebed remembered the prophecy that the people of Israel would remain in Egypt for four hundred years (Gen 15:13). In this instance, she would have resembled Mary and other young women in New Testament times, who were praying they might be the mother of the Messiah. But at three months, when his cries were too noticeable, she had to make a new plan. Jochebed did just as Pharaoh decreed: put him in the Nile. Only she made him a floating basket, a miniature ark, just like Noah’s (Gen 6:14; Exod 3:2, Strong’s 8392). She was determined to give him every chance. Hebrews 11: 23 says: “By faith Moses, when he was born, was hidden for three months by his parents because they saw he was a beautiful child; and they were not afraid of the king’s edict.”

Pharoah’s daughter was savior number four, when she discovered the ark containing the baby Moses, near where she was bathing. She is a hero for two reasons. First, for saving the infant and, second, for defying her father’s orders. She must have been very persuasive to get the royal household to accept her adopted son, being he was one of the Hebrews. This is how Moses could receive the world-class Egyptian education (Acts 7:21-22). Up until now, Moses did not have a name. Because she saved him, Pharoah’s daughter had the honor. “She named him Moses [Egyptian for “child of the water,” Hebrew for “who had been brought out”] because I drew him out of the water.” (Exod 2:10).

Later, we find out she has a name too, not just “Daughter of Pharaoh.” We read in the genealogies of I Chronicles 4:15-17 that her name is now Bithia, “Daughter of God.” She married into the family of Caleb (one of the faithful spies) and had, among other children, a daughter named Miriam! It’s not certain this is the Pharoah’s daughter who became Moses’ adopted mother, but naming her own daughter to honor his sister is a clue. Did she convert to become a Hebrew? Was this how Moses was saved from becoming a full-fledged Egyptian—perhaps even from his inheriting the throne of Egypt? No, again! More perils for Moses were in the offing.

The answer is because Jochebed sent Moses’ older sister, Miriam (probably about 14 years old) to watch what happened to Moses in his ark in the Nile waters. To avoid detection, she must have had to carefully travel from the land of Goshen to the place where Pharaoh’s daughter was known to bathe. It appears this strategy was a deliberate one, planned out by Jochebed (perhaps standing nearby too) and Miriam to give Moses the best chance of survival. When she saw he was being rescued, she bravely approached the Egyptians and suggested finding a Hebrew nurse for Moses. It was a bold move to bring Moses’ own mother to do the job. Jochebed was even paid wages for this. And she must have received protection from the royal edict. Saved again by Miriam, who ensured Moses received a Hebrew upbringing in the love and safety of his own home and people! Maybe this happening even facilitated the conversion of Bithia? We read later in Exodus about Miriam becoming a prophetess and co-leading the people in the wilderness along with Moses and Aaron. (Exod 15:20-21; Mic 6:4). She had seen it all from the beginning.

The final female who had a savior role in Moses’ life was his wife, Zipporah. She was a Midianite who he had first met when he chased away men who were on her father Reuel/Jethro’s land. Rabbinic tradition has it that to marry, Moses promised her father his firstborn would not become Hebrew. And thus, he neglected to circumcise his son, a failure to acknowledge the covenant to Abraham. In Exodus 4:24-26, we read of a strange incident at a lodging place as they traveled to Egypt at God’s command, after the burning bush incident. The LORD was angry with Moses, “and sought to put him to death.” Zipporah figured out it was because of the lack of follow-through on their son’s circumcision. Although it was distasteful to her, she took a flint knife and performed the circumcision. “And He [God] let him alone.” Her intervention worked and Moses was again saved to continue to Egypt and bring his people out of bondage. He was now fully educated in both the ways of Egypt and the ways of the wilderness and thus the perfect instrument of God to save the Hebrew nation.

We should all reflect on the turning points in our lives where God placed someone to intervene and save us from the ill fates of bad circumstances or choices. Even perilous times are a part of our spiritual education. God used six righteous and valiant women to save Moses in extremely dangerous situations, from which he might not have survived. It is to his credit that he honored them in his autobiography. These women who are in Moses’ life all displayed the principles expressed in Proverbs 32:8-9: Open your mouth for the dumb, For the rights of the unfortunate. Open your mouth, judge righteously, And defend the rights of the afflicted and needy. They can rightly be called “ezer women.”

The idea comes from Genesis 2:18, where Eve is called an ezer kenegdo, often translated “help meet” (KJV). The word ezer comes from two roots, “to rescue, save” and “to be strong.”3 And kenegdo means “corresponding to him, a mirror image.”4 So, the sense is a much stronger concept than a mere companion; it’s more of a strong, courageous ally and rescuer. Doesn’t that just describe these six women in Moses’ life? And isn’t that just a suitable role for all women of faith?

1 See Exodus—Shemot, by Richard Morgan, Tidings Magazine, 9/2020 for more on the importance of names in the Book of Exodus.
2 All references are from the New American Standard Bible.
3 Strong’s 5828.
4 Strong’s 5048.

Over the next couple of months, we will be featuring a series of character studies about valiant and virtuous women in the Scriptures. I am thankful for the contributions of our sisters, helping us to appreciate the great faithfulness of women throughout time. ~ Editor
Continue Reading
Reflections

Why did God choose to send Moses and Elijah onto the mountain of Transfiguration? The whole event is extraordinary. Out of the blue, these two Old Testament characters appear with Jesus.
Continue Reading
Exposition
What the Qur’an Says About... (4) Women
Continue Reading
Reflections