Now That God Has Sent His Son

It is essential that we know Christ and not merely the Bible that describes him. 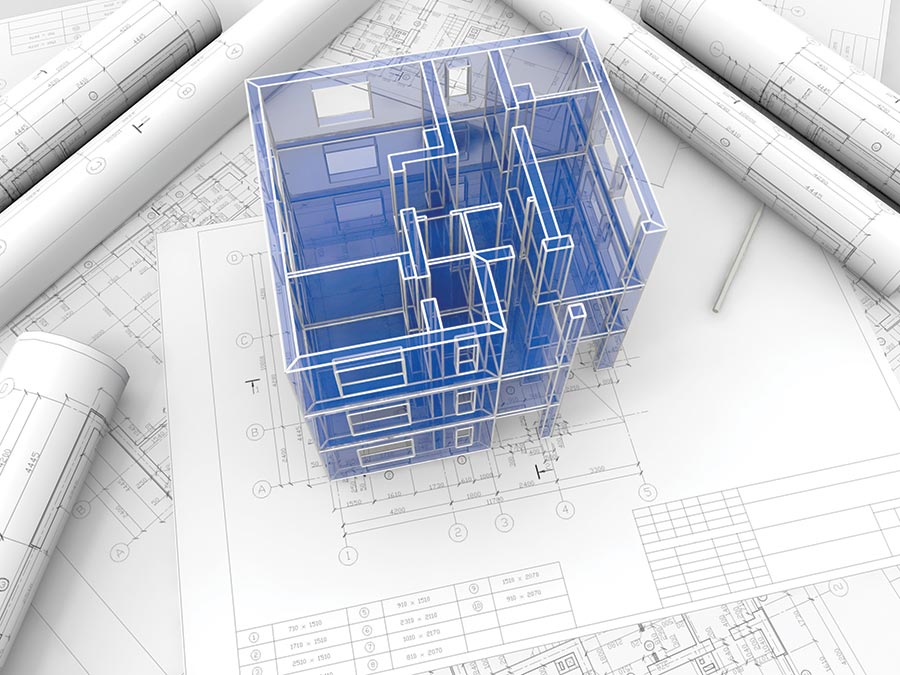 The design can be shared with others, who then can share the architect’s vision. When the building is completed everyone can see concretely what was intended by the design.

Similarly, the shadow of a tree is not the same as the tree itself, but it can help you “see” some aspects of the tree, even if the details aren’t too precise. As soon as you’ve seen the tree, you can’t learn much more about it from its shadow.

Each of these examples is easy for us to comprehend. In each case, it is clear that a blueprint, or pattern, or picture, or verbal description, or shadow of an object is not the same as the object itself. Further, once the object becomes available, the earlier representation is no longer the best representation of that object. The object itself is much better.

The Relationship Between the Old Testament and Christ

The Bible uses these concepts to describe the relationship between the Old Testament and our Lord Jesus Christ. Jesus came to fulfill the Law and the Prophets. In the Sermon on the Mount, Jesus declared: “Think not that I am come to destroy the law, or the prophets: I am not come to destroy, but to fulfil.” (Matt 5:17).

After his resurrection, Jesus explained that the Scriptures spoke of him, first to the two disciples on the road to Emmaus, then to the eleven in Galilee:

“Then he said unto them, O fools, and slow of heart to believe all that the prophets have spoken: Ought not Christ to have suffered these things, and to enter into his glory? And beginning at Moses and all the prophets, he expounded unto them in all the scriptures the things concerning himself…
And he said unto them, These are the words which I spake unto you, while I was yet with you, that all things must be fulfilled, which were written in the law of Moses, and in the prophets, and in the psalms, concerning me.” (Luke 24:25-27, 44).

He opened their eyes to who he was in two ways: first, by expounding the Old Testament, and, second, by re-enacting the last supper:

“And it came to pass, as he sat at meat with them, he took bread, and blessed it, and brake, and gave to them. And their eyes were opened, and they knew him; and he vanished out of their sight. And they said one to another, Did not our heart burn within us, while he talked with us by the way, and while he opened to us the scriptures? …
Then opened he their understanding, that they might understand the scriptures, And said unto them, Thus it is written, and thus it behooved Christ to suffer, and to rise from the dead the third day: And that repentance and remission of sins should be preached in his name among all nations, beginning at Jerusalem.” (Luke 24:30-32, 45-47).

The Scriptures testify of Jesus, through whom is life eternal. In a heated debate with the Jewish leaders, Jesus admonishes them:

You search the scriptures because you think that in them you have eternal life; and it is they that testify on my behalf. Yet you refuse to come to me to have life. (John 5:39- 40 NRSV).

The Scriptures testify of Christ: it is he who is the reality through whom eternal life comes. Eugene Peterson captures the essence of Jesus’s rebuke:

You have your heads in your Bibles constantly because you think you’ll find eternal life there. But you miss the forest for the trees. These Scriptures are all about me! And here I am, standing right before you, and you aren’t willing to receive from me the life you say you want. (John 5:39-40, The Message).

It is essential that we know Christ and not merely the Bible that describes him.

The Gospel of Jesus in Isaiah and the Psalms.

Philip preached the gospel concerning the Kingdom of God and the name of Jesus Christ in Samaria (Acts 8:5-12). Then he preached the gospel of Jesus to the Ethiopian eunuch (Acts 8:27-40). The eunuch was reading from Isaiah. In particular, he had questions about Isaiah 53:7-8. “Then Philip opened his mouth, and began at the same scripture, and preached unto him Jesus.” (Acts 8:35).

The prophet Isaiah taught essentially all aspects of the gospel, as indicated by the following New Testament quotations from his book:

Christ is the Goal of the Law.

Paul argues that Christ was the fulfillment of the ultimate purpose and intent of the Law, as the various translations of Romans 10:4 indicate:

The context of this verse within Romans 9-11 and the whole Letter to the Romans demonstrates Paul’s point that Christ is the means by which God fulfills His promise to Abraham; that is, God blesses all believers, from all nations, Jews and Gentiles, through His Son Jesus.1

According to the Scriptures

The gospel preached by Paul, by which we are saved, was according to the Scriptures:

Moreover, brethren, I declare unto you the gospel which I preached unto you, which also ye have received, and wherein ye stand; By which also ye are saved, if ye keep in memory what I preached unto you, unless ye have believed in vain. For I delivered unto you first of all that which I also received, how that Christ died for our sins according to the scriptures; And that he was buried, and that he rose again the third day according to the scriptures. (1 Cor 15:1-4).

Let no man therefore judge you in meat, or in drink, or in respect of an holyday, or of the new moon, or of the sabbath days: Which are a shadow of things to come; but the body is of Christ. (Col 2:16-17).

Like the shadow of a tree, the Old Testament laws were merely a shadow of things to come. Like the tree itself, Christ is the body, substance, reality that projected that shadow.

Before and After Christ Came

So Christ fulfilled the Law, the Prophets, and the Psalms. But he did even more than that. Paul describes the fundamental transition that occurred when God sent His Son. Through Christ, and his faithfulness, and our baptism into him, we have gone from being children under the discipline of the Law to being adopted children of God our Father, and therefore heirs with Christ of the promises to Abraham:

Now before faith came, we were imprisoned and guarded under the law until faith would be revealed. Therefore the law was our disciplinarian until Christ came, so that we might be justified by faith. But now that faith has come, we are no longer subject to a disciplinarian, for in Christ Jesus you are all children of God through faith.
As many of you as were baptized into Christ have clothed yourselves with Christ. There is no longer Jew or Greek, there is no longer slave or free, there is no longer male and female; for all of you are one in Christ Jesus. And if you belong to Christ, then you are Abraham’s offspring, heirs according to the promise.
My point is this: heirs, as long as they are minors, are no better than slaves, though they are the owners of all the property; but they remain under guardians and trustees until the date set by the father. So with us; while we were minors, we were enslaved to the elemental spirits of the world.
But when the fullness of time had come, God sent his Son, born of a woman, born under the law, in order to redeem those who were under the law, so that we might receive adoption as children. And because you are children, God has sent the Spirit of his Son into our hearts, crying, “Abba! Father!” So you are no longer a slave but a child, and if a child then also an heir [of God through Christ, mg]. (Gal 3:23-4:7 NRSV).

As the Son of God, Christ Reveals His Father

The Old Testament describes Yahweh’s interactions with His people Israel. It also provides blueprints, patterns, word pictures, and shadows of His plan and its fulfillment through the one who would come. And when the time was right, God sent His Son to fulfill His purpose. In particular, as the only begotten Son of the Father, Christ has revealed and will reveal the invisible God, our heavenly Father:

And the Word was made flesh, and dwelt among us, (and we beheld his glory, the glory as of the only begotten of the Father,) full of grace and truth. John bare witness of him, and cried, saying, This was he of whom I spake, He that cometh after me is preferred before me: for he was before me.
And of his fulness have all we received, and grace for grace. For the law was given by Moses, but grace and truth came by Jesus Christ. No man hath seen God at any time, the only begotten Son, which is in the bosom of the Father, he hath declared him.” (John 1:14-18).
Giving thanks unto the Father, which hath made us meet to be partakers of the inheritance of the saints in light: Who hath delivered us from the power of darkness, and hath translated us into the kingdom of his dear Son: In whom we have redemption through his blood, even the forgiveness of sins: Who is the image of the invisible God, the firstborn of every creature. (Col 1:12-15).
I give thee charge in the sight of God, who quickeneth all things, and before Christ Jesus, who before Pontius Pilate witnessed a good confession; That thou keep this commandment without spot, unrebukable, until the appearing of our Lord Jesus Christ: Which in his times he shall shew, who is the blessed and only Potentate, the King of kings, and Lord of lords; Who only hath immortality, dwelling in the light which no man can approach unto; whom no man hath seen, nor can see: to whom be honour and power everlasting. Amen. (1 Tim 6:12-16).

Long ago God spoke to our ancestors in many and various ways by the prophets, but in these last days he has spoken to us by a Son, whom he appointed heir of all things, through whom he also created the worlds. He is the reflection of God’s glory and the exact imprint of God’s very being, and he sustains all things by his powerful word.

When he had made purification for sins, he sat down at the right hand of the Majesty on high, having become as much superior to angels as the name he has inherited is more excellent than theirs. (Heb 1:1-4 NRSV).

The Old Testament describes God in various ways, but Christ is “the reflection of God’s glory and the exact imprint of God’s very being.”2

Where Has My Beloved Gone?

It is the darkest time of the night, just before the sun’s rays begin to creep over the horizon. The city streets are quiet. Out of the shadows, a young woman emerges.
Continue Reading
Minute Meditations
Jesus is the Son of God but Not God the Son
Continue Reading
Exhortation and Consolation
CARIBBEAN EXHORTATION Blindness in Part Has Happened to Israel
Continue Reading
Reflections