The Believers and the Servant, Part 2

There is a profound way that Paul understands Isaiah and uses it when speaking to the Galatians. 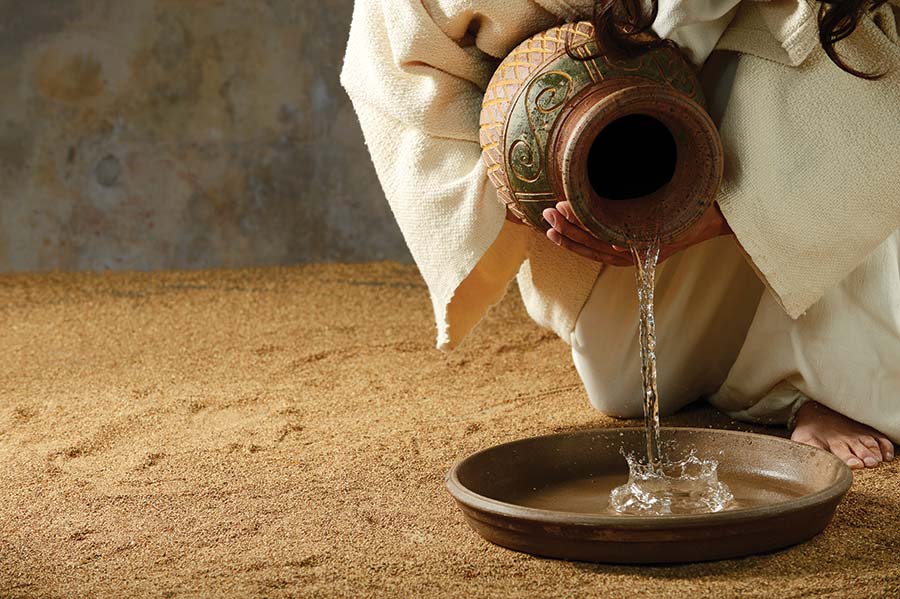 In the last article, we saw how the apostle Paul harnessed the prophecy of Isaiah to support his ministry and prove that God had sent him. However, there is more here than Paul simply quoting the Scripture about himself to prove that he is a fulfillment of it.

Indeed, Isaiah 49 further legitimates his preaching, but there is an even more profound way that Paul understands Isaiah and uses it when speaking to the Galatians. This article will go deeper into how Paul used the prophecy of Isaiah—and will consider how this use of Isaiah further the main argument of Galatians of salvation by faith.

THE BELIEVERS AND THE SERVANT

This deeper use of Isaiah is perhaps indicated when Paul first applies Isaiah 49 to himself in Acts. Notice who Paul applies it to:

“For so the Lord has commanded us, saying, ‘I have made you a light for the Gentiles, that you may bring salvation to the ends of the earth.’” (Acts 13:47).

Paul and Barnabas saw the passage as about both of them—this prophecy about Jesus was being fulfilled by what both were doing. In fact, this appears to be how Luke attempts to get his readers to understand the fulfillment of Isaiah 49 and the servant songs.

Just consider the progression here: first, Luke applied the words to Jesus (Luke 2:30-32). With that in mind, consider what Luke does next:

“‘But you will receive power when the Holy Spirit has come upon you, and you will be my witnesses in Jerusalem and in all Judea and Samaria, and to the end of the earth.’” (Acts 1:8).

Do you recognize the end of this verse? It’s a quotation from the same verse in Isaiah 49—the same verse applied to Jesus, Paul, and Barnabas. Thus, Luke takes this servant’s mission and applies it, not just to Jesus, but to Jesus’s apostles. Even more, Luke, in both instances— Acts 1 and Acts 13—essentially has Jesus divinely giving this interpretation of Isaiah 49 to his disciples.

Reinforcing this interpretation is Jesus’s description of the disciples: “you will be my witnesses,” which is another quotation from Isaiah about the servant:

The servant songs were being fulfilled, not just in Jesus, but in the disciples. But how? How was it that a prophecy about Jesus would be fulfilled in the disciples? Just because they were following in his footsteps? With that in mind, consider Galatians and the way that Paul understands this application of Isaiah:

“But when he who had set me apart before I was born, and who called me by his grace, was pleased to reveal his Son to me, in order that I might preach him among the Gentiles, I did not immediately consult with anyone.” (Gal 1:15-16).

As already noted, this is one of the places where Paul applies Isaiah 49 to himself—both when he references being called before he was born, and when he recalls his preaching among the Gentiles. At the same time, Paul also explains this calling and prophetic application in another way: God was pleased “to reveal his Son to me.”

Unfortunately, however, reading a translation can obscure something crucial here. The Greek for this phrase is as follows: “ἀποκαλύψαι τὸν υἱὸν αὐτοῦ ἐν ἐμοὶ” There are two things to notice here—the second to last word is the preposition en, which is typically translated as in.

There’s more to this verse, however, that cannot be seen in any translation. In Greek, there are specific ways to emphasize a concept. Paul wrote en emoi, which translates to in me. But it also has emphasis. If one simply wanted to write “in me” in Koine Greek, they would write en moi. However, Paul wrote en emoi—and the epsilon that has been added to moi adds emphasis.Paul was stating that God revealed Jesus in me.

Why did he emphasize this? Perhaps because he was showing that this was how Isaiah 49 was being fulfilled. God was revealing Jesus in Paul. It wasn’t that Isaiah 49 was written with Paul in mind. It was that Christ had come to live within Paul and that because of this, Paul was now fulfilling Jesus’ work!

Thus, in the next chapter, notice how Paul makes this clear:

“I have been crucified with Christ. It is no longer I who live, but Christ who lives in me. And the life I now live in the flesh I live by faith in the Son of God, who loved me and gave himself for me.” (Gal 2:20).

“My little children, for whom I am again in the anguish of childbirth until Christ is formed in you!” (Gal 4:19).

God had formed Christ in Paul. Jesus was living in Paul, and because of that, Paul was a fulfillment of Isaiah 49. And yet, this was the same process that not just Paul and the disciples were to undergo—it was the process for the believers in Galatia as well!

In other words, Isaiah 49 was also meant to be about them, not because it was literally about them, but because it was about Jesus, and Jesus was supposed to be alive in them. Just as Jesus passed his mission to the disciples, so the mission of the servant in Isaiah would be given to the ecclesia.

And yet, unlike what we had seen with Paul’s use of Isaiah to demonstrate his authority, what did the Galatians fulfilling Isaiah have anything to do with the central issue in Galatia? How was this connected to salvation by faith and salvation by works? Lord willing, we will explore those questions in the second article.

THE MOTIVE FORCE OF CHRIST’S SACRIFICE

To understand how Isaiah relates to Paul’s primary focus with the Galatians, consider Paul’s reference to another chapter in Isaiah:

“Grace to you and peace from God our Father and the Lord Jesus Christ, who gave himself for our sins to deliver us from the present evil age, according to the will of our God and Father, to whom be the glory forever and ever. Amen.” (Gal 1:3-5).

This is Paul’s customary greeting. However, he has added something to it:

Do you see what Paul has done in Galatians? He doesn’t just give his customary greeting but adds to it something urgent because the Galatians were dealing with a very specific problem: “who gave himself for our sins to deliver us from the present evil age, according to the will of our God and Father.”

This was what the Galatians needed to know and remember—this was the solution to their problem. And, the reason that this is so important for our considerations is that this appears to be an allusion right back to Isaiah:

Jesus’ death was according to the will of God, and it was an offering for sin! The Greek even utilizes the same word here for gave (δίδωμι). This was what the Galatians needed to understand—Jesus gave himself for our sins. With that understanding, righteousness from the law was worthless because there was a new way. And that way found its basis in Isaiah.

But how does that connect to Christ living in the Galatians and them fulfilling Isaiah? All of this comes together in the next chapter:

“I have been crucified with Christ. It is no longer I who live, but Christ who lives in me. And the life I now live in the flesh I live by faith in the Son of God, who loved me and gave himself for me.” (Gal 2:20).

These quotations of Isaiah are not simply support of Paul’s authority. They explain the process of salvation—they are a description of the sacrifice of the Lord Jesus and the possibility that this sacrifice offered of Christ living in the believers.

Thus, these were not just quotations—they were prophecies of a time when lives would completely and entirely change, and religion wouldn’t be connected to ritual. Instead, religion would be about Christ living in the members of the ecclesia.

But there is still more significance to Isaiah in Galatians. Not only did the prophet teach the people about the means of salvation, but it would remind them of why salvation was so essential. Lord willing, that will be the subject of our next article.

This article will explore the additional support that the prophecy of Isaiah gave to Paul’s argument—and how it brought urgency to the message.
Continue Reading
Exposition

When we read the book of Galatians, we often think about salvation by works versus salvation by faith, as this is one of the major teaching points of the epistle. At the same time, somehow supporting this theme, the apostle Paul quotes heavily from the prophecy of Isaiah.
Continue Reading
Life Application

God's word was recorded by some 35 authors, writing as they were moved by the Holy Spirit through the course of 1500 years (2 Tim 3:16; Heb 1:1-2; 2 Pet 1:20-21). Some were formally educated (like doctors, kings and public servants), while others were not (including fishermen and shepherds). Altogether we find well over 50 vocations mentioned in their writings.
Continue Reading
Reflections