God's word was recorded by some 35 authors, writing as they were moved by the Holy Spirit through the course of 1500 years (2 Tim 3:16; Heb 1:1-2; 2 Pet 1:20-21). Some were formally educated (like doctors, kings and public servants), while others were not (including fishermen and shepherds). Altogether we find well over 50 vocations mentioned in their writings. 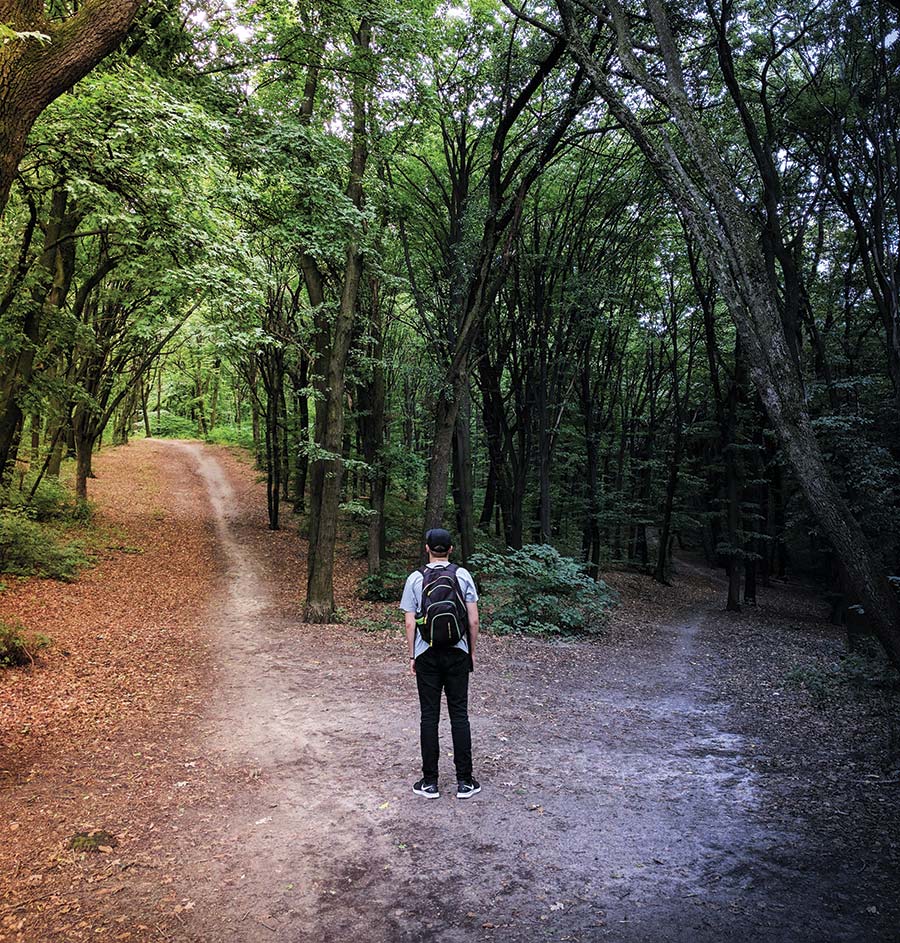 There were political advisors, apothecaries, bankers, builders and craftsmen and embroiderers. Jesus and Joseph were laborers by trade, craftsmen (Greek: tekton) who worked with stone, wood, and metal (Matt 13:55).

There were fishermen, herdsmen, innkeepers, hunters, jailers, lawyers, musicians, scribes, servants, sex workers, shepherds, smiths, tanners, tax collectors, teachers, washers, weavers and more. They were servants and royalty, bond and free, and everything in between.

Included in the list are vocations the believer can regard as off-limits, such as military commanders and soldiers, right? Swearing oaths to a country and carrying weapons with the authorization and expectation to use them to wound or kill is at best difficult to rationalize considering scripture (Exod 20:13, Matt 26:51-52, for example).

It’s impossible to sync political and military goals, objectives and priorities with those of a follower of Christ, whose citizenship is linked to Abraham and the Kingdom of God. Unlike David, for example, we haven’t been instructed by God to engage militarily to help establish a Kingdom of Israel in this age or to judge other nations with warfare.

We also remain uninformed as to precisely how the angels are working behind the scenes politically and militarily to draw the nations toward the battle of Armageddon. We don’t “wrestle against flesh and blood.” (Eph 6:12). Our calling and warfare in these times must remain spiritual (2 Cor 10:3-6).

OUR CALLING AND VOCATIONS

So, what about Naaman, captain of the host of the King of Syria, effectively a general? Yahweh may call us when we’re in one profession but that doesn’t mean He endorses that vocation. Paul addresses the status of believers who are called out of the world, including their vocations, in 1st Corinthians 7. In verses 20-22 he states:

Paul then goes on to clarify his point with a principle that helps in our consideration of vocation:

You were bought with a price; do not become bondservants of men. So, brothers, in whatever condition each was called, there let him remain with God. (1 Cor 7:23-24 ESV).

While Paul is referring directly to bondservants (Greek doulos were voluntary or involuntary slaves within Roman society), in the context of vocation, our status at the time of calling doesn’t matter. What does matter is that thereafter we are careful about who or what rules in our lives (what we become servants to spiritually) because that necessarily changes when we enter into a covenant relationship with God. Jesus is our Master: We must be careful not to let a vocation bring us into bondage to another, no matter the title or circumstances of a job!

Consider Zacchaeus in Luke 19. He was a tax collector, a government contractor position in ancient Roman society. Scripture doesn’t record anything Christ said to him during his visit, but it doesn’t appear he told Zacchaeus to quit his job. Rather, his response suggests Jesus encouraged him to be honest, stop taking advantage of people and use his means to give to the poor, effectively using his vocation to provide service with a good will to the Lord, not himself (see also Eph 4:28).

After being healed of his leprosy, Naaman promised to remain faithful and that “from now on your servant will not offer burnt offering or sacrifice to any god but the LORD.” (2 Kgs 5:17-18 ESV). This despite living in isolation in Syria and, at least temporarily, remaining Captain of the Host.

Similarly, Matthew 8 describes a faithful centurion (a Roman military veteran and commander of a unit of soldiers), and Acts 10 presents another centurion, Cornelius, as “an upright and God-fearing man who is well spoken of by the whole Jewish nation” who had been directed by an angel (Acts 10:1, 22).

How did these men’s consciences feel about remaining in the military or going to war after being converted? We’re not told, but in 2nd Kings 5:18 we see Naaman ask forgiveness in advance for entering the temple of a Syrian god and bowing his head, which would be expected of him by his employer, the King of Syria.

In the cases of these military men, none were told to change their vocation immediately, but what they would be asked to do in order to fulfil their expected roles would undoubtedly come into conflict with their beliefs about the Laws and character of God and the commandments of Christ. Their challenge going forward was to determine to whom they were really in bondage (who they were serving), if they could perform their duties in accordance with scriptural principle and a good conscience, and how best they could serve God and Christ (see 1 Tim 2:1).

WHERE DO WE DRAW THE LINE?

The 21st century world and our workplaces are more interconnected than ever, and technology is more pervasive, but in essence the question of vocation and the guidelines we’ve just looked at remain the same. While there are some blatant and obvious vocations which go against the teachings of Scripture and the commandments of Christ, in many cases things may not be so obvious.

A defense attorney might be put in a position to lie or hide the truth in order to protect a client, but what about a patent attorney or a tax lawyer? What about Christadelphians who work for a subsidiary of the military, perhaps building or developing technology that might or might not be applied to warfare? 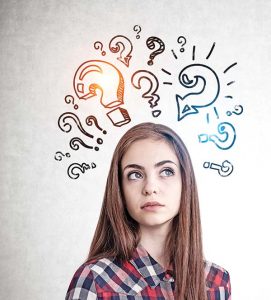 Should a Christadelphian social worker look to be employed by a charity that promotes the Trinity or supports a political agenda? What about misleading sales brochures or exaggerations and misrepresentations within a sales pitch?

What about a CEO who has a legal loyalty to stockholders? Should a believer own a liquor store or be a bartender? Tattoos were forbidden in the Law of Moses (Lev 19:28), so should a tattoo artist be off-limits? In education, is it appropriate for a believer to teach, counsel or be an administrator in a school that promotes progressive humanist agendas?

GOD’S WORK. WE HAVE ONE BOSS!

The simple word “work” is translated over 350 times in Scripture, first in Genesis 2:2 in reference to God’s work of Creation, to which the Sabbath day of rest is tied (v. 3). Adam’s work is assigned in verse 15, and thereafter the vast majority of times it’s used in scripture refers to work within the tabernacle, temple and ecclesia. But it’s also used of Israel, working in bondage under slavery in Egypt and elsewhere (Exod 1:13).

The work we do, how we do it, and who we work for are an overarching theme of Scripture. Our vocation is also about God’s work and presence in our lives, and we must try to honor and glorify Him as if we are always working for Him (Col 3:22- 25). Will the vocation in question allow us to do that? In the eighth Psalm David wonders:

“When I look at your heavens, the work of your fingers, the moon and the stars, which you have set in place, what is man that you are mindful of him, and the son of man that you care for him?” (v. 3-4).

“For the word of the LORD is upright, and all his work is done in faithfulness.” Remember, too, the parable of the unjust Steward (Luke 16).

THE WORK OF THE FLESH AND OUR HEAVENLY MASTER

Yahweh wants us to enjoy life and the works of our hands (1 Tim 6:17- 19; Eccl 3:12-13), but He also expects us to love and serve our neighbors as well as our families and ecclesias. God never calls us to sin, and He’s promised to tear down those things that don’t reflect Him (Psa 28:5), so the believer must always consider how much our time, priorities and mindset will be affected by a vocation:

Do not let my heart incline to any evil, to busy myself with wicked deeds in company with men who work iniquity, and let me not eat of their delicacies! (Psa 141:4).
Then I saw that all toil and all skill in work come from a man’s envy of his neighbor. This also is vanity and a striving after wind. (Eccl 4:4; see also Eccl 9:10-11).

Some of the best guidance comes from Paul. First in Ephesians 6:5-9:

Bondservants, obey your earthly masters with fear and trembling, with a sincere heart, as you would Christ, not by the way of eyeservice, as people-pleasers, but as bondservants of Christ, doing the will of God from the heart, rendering service with a good will as to the Lord and not to man, knowing that whatever good anyone does, this he will receive back from the Lord, whether he is a bondservant or is free. Masters, do the same to them, and stop your threatening, knowing that he who is both their Master and yours is in heaven, and that there is no partiality with him. (ESV).

But we urge you, brothers, to do this more and more, and to aspire to live quietly, and to mind your own affairs, and to work with your hands, as we instructed you, so that you may walk properly (KJV “honestly”) before outsiders and be dependent on no one. (ESV).

Finally, in 1 Timothy 2, Paul exhorts Timothy about his work as a young man in the ecclesia. But again, while Paul’s focus is on ecclesial work, his words very much apply to our earthly vocations as well, since we must strive to be consistent:

Do your best to present yourself to God as one approved, a worker who has no need to be ashamed, rightly handling the word of truth. (1 Tim 2:15 ESV).

A vocation is a responsibility which can have a great deal of impact on every aspect of our lives and those we love. It is also very often what we spend the most hours of our waking days involved in. 1 Corinthians 10:31 reminds us: “So, whether you eat or drink, or whatever you do, do all to the glory of God.”

Will the vocation in question ultimately allow us to present ourselves before Christ with a pure conscience and “walk properly before outsiders”? Will it allow us to serve and glorify God? Will it hinder us from doing so? The answers to those questions will help determine if a vocation may be compromising enough for the believer to consider off limits.

Cut off the Blood Supply to Sin

The battle against sin is the foundational theme of our salvation. All men have sinned, and there is not one of us that can boast of their own righteousness.
Continue Reading
Reflections