The Philippines: A Fieldworker’s Impressions

My first visit to the Philippines was 49 years ago. 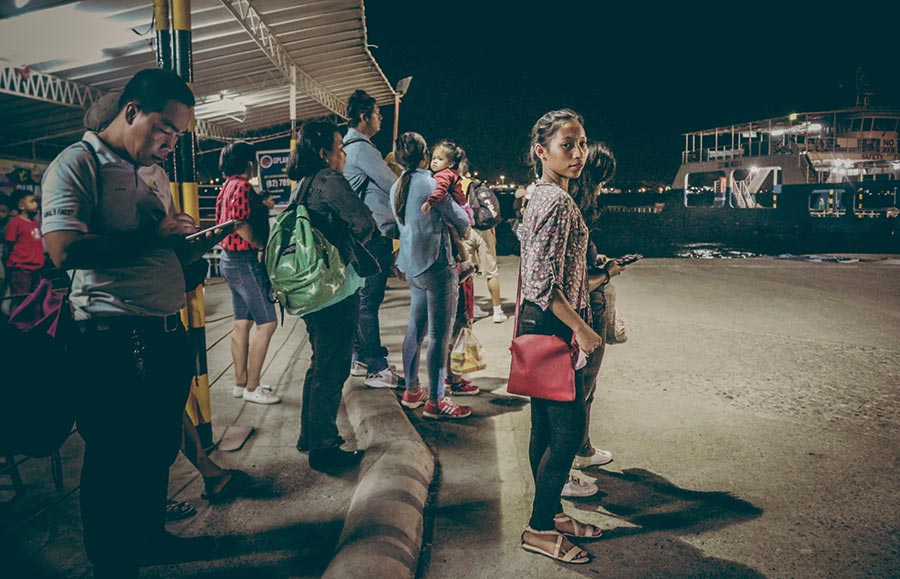 I had been actively involved as a member of a large and well-resourced Australian ecclesia from childhood. However, I was challenged to experience overseas mission work by a brother who had recently returned from the Philippines. Despite the challenges of having a young family, I reluctantly agreed to a four-week visit. I confess to having felt somewhat patronizing towards those who had newly accepted the gospel in a third-world country. I was confident in my Christadelphian heritage and my ability to educate new converts in the third world on the finer principles of the Bible’s message. That initial fourweek visit ended up having a major impact on my subsequent personal life and my pilgrimage over subsequent years.

Though lacking the material blessings we may enjoy, these brethren and sisters showed me what discipleship truly meansIn contrast to the largely godless and materialistic society that is Australia today, I found a Filipino community predominately espousing Christian ethics and principles, although frequently heavily influenced by their Catholic traditions. I found a small Christadelphian community who were mostly humble farmers, poor by firstworld standards, who were zealous for their newfound faith, and were committed to uphold and preach it. I found brothers and sisters who had a thirst for the gospel. They would rise early and regularly walk 3-4.5 miles to fellowship together at the Lord’s table or join in Bible studies in their homes. Others regularly sacrificed their weekends to travel many miles via rudimentary public transport to preach the gospel and encourage those living in relative isolation. I marveled at members who used every opportunity to preach the gospel, to hand out flyers and engage in Bible discussions with fellow travelers in buses, Jeepneys, or in the street.

We have many material blessings in our first-world countries. But in the Philippines, I found Sunday School children who sometimes had only one dress and well-worn shoes. Children who enjoyed playing games together used only sticks and stones from the street. Children would gladly sit for several hours to hear Sunday School lessons.

Though lacking the material blessings we may enjoy, these brethren and sisters showed me what discipleship truly means. I have recounted to them many times over my subsequent 49 years of visiting that those early members taught me, in their love, zeal and enthusiasm for the gospel, what discipleship truly entails. They taught me more than I could ever have taught them.

I returned home after four weeks, profoundly influenced by their example of dedication. I was moved by their desire for the Master’s return and their focus on the prospect of eternal life in the Kingdom as the only solution to the poverty and hardships in their lives. I returned the following year bringing my wife and two young daughters, desiring to impart to them the spiritual lessons I had learned.

My secular marketing background has taught me to evaluate “return on investment” as a key principle in allocating marketing resources and optimizing the outcome. What will provide the best return for funds employed? Having been actively involved in several major preaching campaigns in my home state in Australia, it is also sadly evident that preaching in the third world is attracting a much greater harvest to the gospel than what we are able to achieve in our materialistic first-world societies.

I have been motivated to actively support the work in the Philippines since that first visit. By God’s providence, I was blessed to reside there for a few years. I have been privileged to witness the consistent growth in the Truth from that initial handful of members during my first visit in 1973, to now over 700 brethren and sisters scattered across six of the major islands.

As in Australia however, the slow encroachments of affluence within the Philippine community also challenges today’s members to maintain the original zeal and dedication shown by their pioneers. As the Master teaches us, “Seek ye first the Kingdom of God.” (Matt 6:33).

The Philippines represent a moving and encouraging story for us to consider.
Continue Reading
CBMA/C

Bro. Mark Carr asked me to accompany him this past January for a two-week pastoral visit to Guyana, South America. When we landed at the airport outside of Georgetown...
Continue Reading
Reflections