First, you'll have to understand what it was like when my mother was growing up in the depths of the Great Depression. 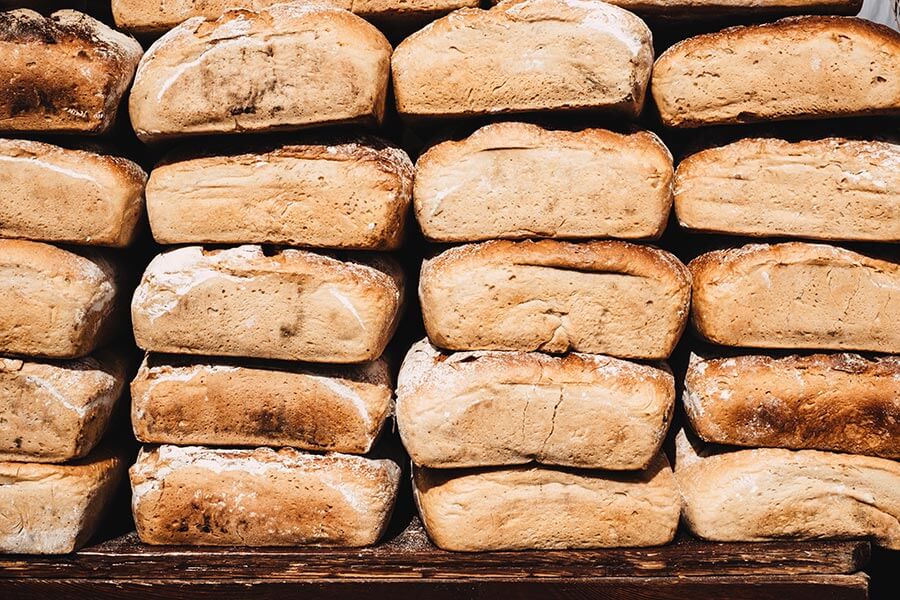 Ruth Hatcher’s father died of tuberculosis when she was 12 years old. This left her widowed mother, Jesse Hatcher, with a daughter and no means to care for them both. It was a real blessing when Jesse’s older brother, George Johnson—a bachelor who taught school in Houston, Texas—generously invited his sister to move in with him and take on the role of homemaker and cook. Years later, in memory of Uncle George and his kindness, my mother named her firstborn George.

Times were hard, very hard, in the Great Depression. Women made clothes for their children out of empty flour sacks. My mother wore such dresses and was grateful to have them.

Mom’s story was no exception; there were millions like her. (My father’s family, the Bookers, were no better off. My father had to leave school when he was fourteen to help provide for the family.)

Nothing came easy for anyone who lived through the 1920s and the 1930s. So, it should be no surprise that families scratched and struggled and saved and stretched their resources to buy food and simple necessities.

At mealtime, everyone was expected to eat everything on their plate. Not a crumb was overlooked. Food that was left over from one meal was sure to find its way onto the table for the next meal.

The habits of a young girl growing up in such a time were not easily forgotten. Years later, when the economy revived, when life was more comfortable, and food was more plentiful, my mother still could not bear to throw out the least bit of edible food.

When the peach season came around, she asked us to buy the very overripe peaches, which cost practically nothing. Then she would spend hours cutting out the bad parts and using what was left to make peach cobbler. We called it “Mom’s Rotten Peach Cobbler.”

Later still, when my mother was living with us, she never really approved of us eating out. Why should we go to a restaurant and spend money, she asked, when we have plenty of good leftovers right here at home?

Her reminder became a saying in our home. So, when Mom began her familiar sentence, we finished it for her. “We don’t need to eat out,” she would begin, and we would jump in with, “when we have plenty of good leftovers.” It didn’t take long before the phrase became an acronym: “Plenty of Good Leftovers” became POGL—which was pronounced (you guessed it!) “Poggle.” Now that Mom is no longer with us, we still ask one another, “What do we have for Poggle?”

The Bible is full of references to leftovers, and especially really good leftovers.

When the Israelites traveled through the Sinai desert, God provided food for them, “manna” from heaven in the form of wafers with a taste of honey—“all the bread you want in the morning.” Each day the people gathered their daily ration, which was enough for one day. However, on the sixth day of the week, God gave everyone twice the usual allotment—providing manna enough for one day, plus Plenty of Good Leftovers for the seventh day, when they were commanded to refrain from all labor (Exod 16).

Many years later, Jesus attended a wedding, where he learned that the “master of the banquet” had run out of wine. Jesus suggested to his disciples that they draw water out of the water jars. As they brought what had been water to the host, it miraculously became wine—as the host said, the best wine he had ever tasted. Quietly, to his disciples, Jesus had demonstrated that there was plenty of the finest wine to be had from him (John 2:1-11).

In later years, large crowds of people followed Jesus and his disciples. Some came hoping to be healed; some stayed to hear his teachings. Many of them ate at the table he provided for them, in the countryside or the wilderness, and he never failed them. When it looked as though there was not enough food for such multitudes, Jesus took the disciples’ supplies, and miraculously turned them into a feast for thousands. Starting with five loaves of bread and two fish (Matt 14:17; Mark 6:38), or seven loaves and a few small fish (Matt 15:34), he provided more than enough food. No matter what happened, all his followers were filled:

“Twelve basketfuls” or “seven basketfuls” of “broken pieces” were, surely, “plenty of good leftovers.” But the wondrous increase of food was not even the most important part of these stories. The “headline” was Jesus himself:

He who believes has everlasting life. I am the bread of life. Your forefathers ate the manna in the desert, yet they died. But here is the bread that comes down from heaven, which a man may eat and not die. I am the living [or ‘life-giving’] bread that came down from heaven. If anyone eats of this bread, he will live forever. This bread is my flesh, which I will give for the life of the world. (John 6:48-51).

Jesus was, and still is, the living and life-giving bread. Even today, those who follow him, and figuratively partake of his body, will live forever in his Kingdom.

Jesus offers us forgiveness of sins and an eternity alongside himself:

God provided food in the wilderness, with extra to spare, and Jesus fed the multitudes with plenty of good leftovers. These were miracles indeed. But the most extraordinary miracle of all is the endless supply of forgiveness that our Savior offers to us. No matter what sins we have committed, no matter how many times we have stumbled and fallen—if we repent, and if we forgive others—we will be forgiven!

You and I will never find a better deal than this in the whole wide world—plenty of lovingkindness left over for us—a spring whose blessings never fail and a sea without a shore. We have heard of the “unsearchable riches of Christ.” (Eph 3:8). Those riches include love, kindness, grace, mercy, and an eternal inheritance in the Kingdom of God.

Such riches are much better than ordinary gold and silver, infinitely better than positions or possessions, which the world considers “wealth.” The wonder of Christ’s “riches” is that when it looks like we have exhausted all the available reserves of forgiveness, then we see that our Master’s love is bottomless, and there is still plenty of good leftovers in his basket of blessing.

Dedicated to Mom, who had plenty of good leftovers and plenty of love for all of us.

Many of us are familiar with archaic English only from reading the King James Version of the Bible, such as "thou" and "thee" instead of "you," and all the strange verb forms ending with "eth" or “est.” Where did such words come from? Why did they disappear? And is there any reason to perpetuate them today?
Continue Reading
Reflections

Sister Karen Hutchinson, of Austin, age 63, died on May 11. I know that she would be embarrassed to hear what I am about to say, but since she can’t hear it, I feel free to speak.
Continue Reading
Reflections

The fifth stanza of The Battle Hymn of the Republic, which is not always sung, contains these words: "In the beauty of the lilies Christ was born across the sea, With a glory in his bosom that transfigures you and me." These words of Julia Howe may have been inspired by the first few verses of Hebrews 1. How can the “glory” in Christ’s bosom transfigure us?
Continue Reading
Editorial

Perhaps, as a community, we should re-evaluate how we view the single members of our body.
Continue Reading
Reflections