Brother Roberts' thoughts on reigning with Christ, our summons to Christ at his appearing, immortality, the judgment seat, and responsibility. 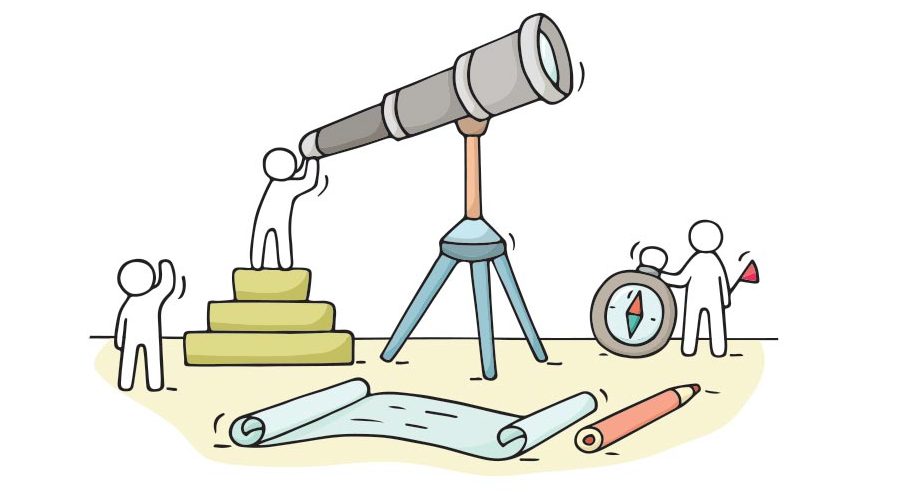 Most of this article is a selection of Bro. Roberts’s comments related to these first principles. They are taken directly from his May 1898 article, True Principles and Uncertain Details: Or, The Dangers of Going Too Far in Our Demands on Fellow Believers.

In particular, I quote his thoughts on reigning with Christ, our summons to Christ at his appearing, immortality, the judgment seat, and his thoughts on responsibility. For each of these topics, he identifies the general principle, which we must all agree to, then he discusses the related uncertain details about which we must allow varying opinions.

Some of these are no longer debated today, but others are still quite relevant.

BASF Clause #23—That the governing body of the Kingdom so established will be the brethren of Christ, of all generations, developed by resurrection and change, and constituting, with Christ as their head, the collective “Seed of Abraham,” in whom all nations will be blessed, and comprising “Abraham, Isaac, and Jacob, and all the prophets,” and all in their age of like faithfulness.¹

BASF Clause #24—That at the appearing of Christ prior to the establishment of the Kingdom, the responsible (namely, those who know the revealed will of God, and have been called upon to submit to it), dead and living — obedient and disobedient — will be summoned before his judgment seat “to be judged according to their works,” and “receive in body according to what they have done, whether it be good or bad.”²

BASF Clause #25—That the unfaithful will be consigned to shame and “the second death,” and the faithful, invested with immortality, and exalted to reign with Jesus as joint heirs of the Kingdom, co-possessors of the earth, and joint administrators of God’s authority among men in everything.³ Doctrine to be Rejected #9—That the wicked will suffer eternal torture in hell.

Doctrine to be Rejected #10—That the righteous will ascend to the kingdoms beyond the skies when they die.

Doctrine to be Rejected #14—That the tribunal of Christ, when he comes, is not for judgment of saints, but merely to divide among them different degrees of reward.

Doctrine to be Rejected #15—That the resurrection is confined to the faithful.

Doctrine to be Rejected #16—That the dead rise in an immortal state.

“GENERAL PRINCIPLE—That the glorified brethren of Christ will reign with him as kings and priests with Christ, when he has set up the Kingdom of God at his return.

we dare not insist upon a particular opinion, as a condition of fellowship

“UNCERTAIN DETAIL—Will they be scattered over the surface of the earth in palaces of their own, with definitely allotted districts which they will individually administer; or, will they be collected as one body always resident in Jerusalem near the person of Christ? There are good reasons for believing the former of these views to be correct, but as an uncertain detail, we dare not insist upon a particular opinion, as a condition of fellowship. It is sufficient if a brother [or sister] believes that we shall reign with Christ, whatever dim ideas he may have as to details that do not interfere with the general principle.”

OUR SUMMONS TO CHRIST AT HIS APPEARING

“GENERAL PRINCIPLE—That we shall be gathered to meet Christ at his coming, whether living or dead, when that great event occurs.

“UNCERTAIN DETAIL—How shall we be gathered? Shall we be carried off as Elijah was, or Philip, or Christ himself—by the prehensile energy of the Spirit of God? Or shall we be conveyed by natural means, such as railways and steamboats? Who can be quite sure? It matters not. When the time comes, there will be no mistake about it. There is a strong probability that it will be by the power of the Spirit of God, and not by human locomotion. But are we to reject a brother [or sister] because he strongly thinks it will be by natural means? So long as he believes in “the coming of our Lord Jesus and our gathering together unto him,” he may form his own ideas as to the particular method by which we are to be gathered. No opinion on that point is inconsistent with the general principle.”

“GENERAL PRINCIPLE—That God will bestow immortality of nature on His accepted servants at the coming of Christ.

provided the general truth is received, we dare not insist on a particular view

“UNCERTAIN DETAIL—At what particular moment will this be done? Will it be done individually as we appear one by one before the judgment seat of Christ? Or will it be done en masse when we have all been judged? If the latter, will it be done immediately the judgment is finished, or will it be deferred to the time when the whole earth has been subjugated by the war of the great day of God Almighty in which the saints take part? Who can tell? We may have our opinions, but we must not insist on our opinions as a condition of fellowship, unless opinions trench [encroach, JRH] on general truth. An opinion to the effect that we are immortal already would clearly destroy the truth that we are to become so only when Christ comes and at his hands. In that case, we would be under the painful necessity of objecting. But provided the general truth is received, we dare not insist on a particular view as to the moment that general truth will be carried into effect.”

“GENERAL PRINCIPLE—That Christ will call the living and the dead before his judgment seat at his coming.

“UNCERTAIN DETAIL— Where will he set it up? Will it be in Palestine, or in Egypt, or in the Arabian Peninsula, in the solitudes of Sinai?4 We cannot be sure. All available evidence seems to point in the direction of the last-mentioned; but an uncertain detail must not be made a basis of fellowship. We must not insist upon a man believing the judgment seat will be set up at Sinai or any particular place so long as he believes that ‘Jesus Christ will judge the living and the dead at his appearing and his Kingdom.’”

“GENERAL PRINCIPLE— That men are responsible to the resurrection of condemnation who refuse subjection to the will of God when their circumstances are such as to leave them no excuse for such refusal.” Bro. Roberts spent over half his article discussing this topic; it was clearly one of the primary reasons he wrote it in the first place. He began by explaining the sufficiency of the general principle on resurrectional responsibility:

“What are we to do? Are we to insist upon a precise shade of opinion on a point which no judicious man be absolutely clear about? All we can be sure about is that when men are ‘without excuse’ knowing the judgment of God (Rom. 1:20, 32; 2:1); when they have ‘no cloak for their sin’ like the men who saw the miracles of Christ, and yet both ‘saw and hated both him and his Father’ (John 15:22, 24), that they will come forth at the resurrection to receive punishment according to the righteous judgment of God. When men admit this, they admit enough for purposes of fellowship as regards this particular point. To insist on more than this is to go too far, and to inflict needless distress and cause unnecessary division.”

Then he explored the error that arises when we require agreement about related but uncertain details (emphasis added):

“A mistake is made in contending for precise views on a matter that cannot be made precise. Where men admit that rebels and unbelievers who deserve punishment will rise at the resurrection to receive that punishment without reference to the question whether they are baptised or not, they admit all that can righteously be exacted from them. It is impossible for any man to say, who are so deserving. We know that God is just, and will do no unrighteousness. When men admit that He will resurrectionally punish the men who are deserving of it, whether baptised or not, it is inadmissible that we should withdraw from them because they are unable to say who are and who are not so deserving.”

Next, he pointed out that those who hold the erroneous view are in the habit of separating from those who do not agree with them, which should reduce our concerns (emphasis added):

“There is the less need for the extreme demands of some on this head, since those who have espoused the extraordinary doctrine that a man must obey God a little before he is punishable, have separated themselves from those who will not receive their doctrine. ‘But this has not brought peace,’ say they. Do they imagine that this other movement is going to bring peace? Behold how much the reverse.

They are separating men who ought to remain united because holding the same truth, though made by an artificial contention to appear as if they did not. They are sowing division and bitterness and strife on the plea of producing harmony and peace. They are refusing the friends of Christ because of uncertainties as to how much Christ will punish a certain class of his enemies. And compassing sea and land to make proselytes to this most unenlightened proceeding.”

Later, he argued against the idea that we are responsible for all the errors of those we associate with in fellowship (emphasis added): “This ‘doctrine of fellowship’ (as it is called) is also carried to an excess never contemplated in apostolic prescription… Fellowship is friendly association for the promotion of a common object-with more or less of the imperfection belonging to all mortal life. To say that every man in that fellowship is responsible for every infirmity of judgment that may exist in the association is an extreme to which no man of sound judgment can lend himself.

There will be flawless fellowship in the perfect state. Perhaps it is the admiration of this in prospect that leads some to insist upon it now. But it is none the less a mistake. This is a mixed and preparatory state in which much has to be put up with when true principles are professed.”

We all need to heed these words of wisdom from Bro. Roberts on these topics. It is perfectly appropriate and expected that we insist our brothers and sisters agree with and teach the general principles of the gospel, but to demand more than this is to go too far.

We must admit that all of these are uncertain details which require us to be flexible rather than insisting on our own views. Our consciences may be eased a little by the fact that those who insist on their particular opinions on these topics often withdraw from those of us who refuse to follow their practice. Lastly, we must remember that there is no transitive guilt by association.

The personal return of Jesus Christ to the earth.
Continue Reading
First Principles