Vaccination and Obedience to the Truth

As the world now completes more than a half-year under the COVID-19 pandemic, there is news that several vaccines may be available to the public in the coming months. 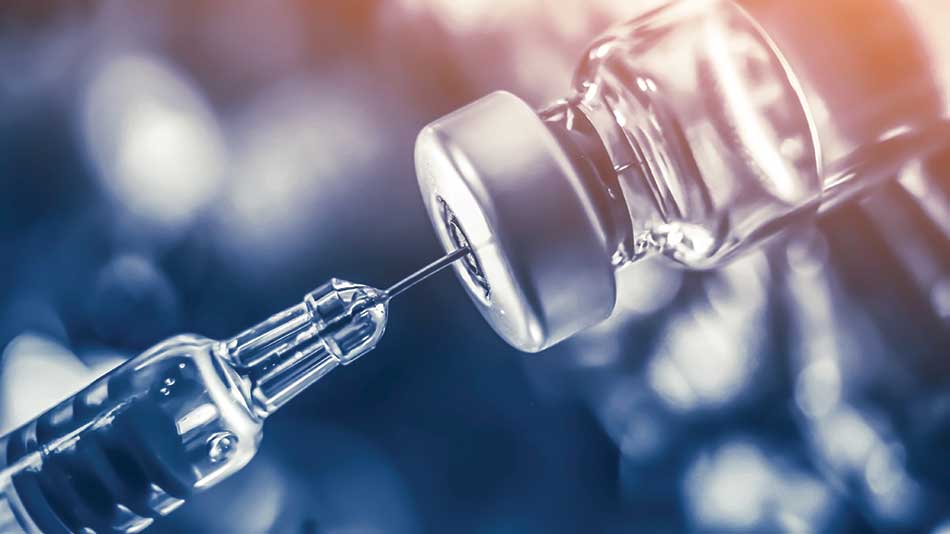 This is a highly politicized topic across our continent and a few “conspiracy theories” have been communicated. It is also clear that within our own community there appears to be a diversity of opinion about whether or not to be vaccinated.

As you might appreciate, this is not the first pandemic, and it is certainly not the first time the population of the world has sought vaccination for a deadly disease. In my own memory from the 1950s, polio was devastating our continent, and children (some in the Truth) were handicapped and even died from the virus.

vaccinations for a deadly disease is nothing new

Smallpox was once a similarly deadly disease. I remember the lines of people in my community that queued up, with little ones in tow, to be vaccinated. Many of us over the age of 50 have a tiny scar on our arms where we were vaccinated for smallpox. It is now the world’s first eradicated disease. So, vaccinations for a deadly disease is nothing new.

Prior generations examined the Scriptures to determine if there was a Divine principle to be applied. It is critically important to say that until vaccination becomes compulsory by governmental authorities, this is a matter of personal conscience.

Vaccination is not a principle that is dealt with in Scripture. During the 1871 Vaccination Act in the UK, vaccination for smallpox was required by law. Some brethren wondered at that time if this was an example of where a stand for the Truth should be taken. Here’s what Robert Roberts wrote in The Christadelphian magazine in 1873 on this matter, after the law for vaccination was imposed:

“Becoming a Christadelphian means believing and obeying the gospel, and accepting all the obligations which the law of Christ imposes on his brethren. Without this, a man cannot be saved. But Christ has commanded nothing on the subject of vaccination.

Our duty in the matter depends upon the bearing of those precepts by which he has commanded us to submit to ‘every ordinance of man for the Lord’s sake.’ (1 Peter 2:13), and to ‘obey magistrates’ (Titus 3:1), where these do not require us to disobey him. Out of this comes the conclusion that it is our duty to submit to vaccination because magistrates require it, but this conclusion would, of course, be deprived of its force, if it could be shown that vaccination was opposed to what God requires; but this cannot be shown.

The arguments that show it are farfetched and inconclusive. The question being one of doubtful disputation, is one on which no one must judge or dictate to another. Let every man be fully persuaded in his own mind, and act accordingly, and leave the Lord to decide.

To call it a sin on one side or other, is a mistake; for this is to contend that those who practice on the other side are sinners. Sin is the transgression of the law; and a matter on which no express law has been given must be left to the uncondemned judgment of each for himself.”1

Bro. Michael Ashton, the then Editor of The Christadelphian magazine, responded to a letter to the Editor on vaccinations in 1990:

“Let it be said at the outset that there are no injunctions in the scriptures relating to vaccination. It was not practiced in Biblical times, and thus finds no place in the commands given for the regulation of society in those days. As with so many aspects that arise in our complex and technological world, we are forced to consider basic scriptural principles that have a bearing on the matter.

There are probably three that are of assistance on this particular question. Firstly, no-one can read the careful and detailed provisions of the Law and not realize that the Lord God is concerned that His creation should take reasonable and sensible precautions both to prevent suffering from, and from spreading, disease.

The hygienic arrangements described in the Law were vastly in advance of the general understanding of society at the time when it was revealed. Only within the last 150 years have some of the reasons for the details imposed upon the Jewish people been understood.

Secondly, the commands of God expect us to be considerate for others, not only when we find it convenient to do so, but also when we might be inconvenienced by the action that is necessary. (James 2:8).

In the case of vaccination, there are two objectives: to guard against the subject himself suffering from the disease, and to help prevent it from spreading widely to those who may be less able to withstand its effects. The application of these principles would undoubtedly lead to a decision wholly in favor of submitting to vaccination, and the question would be easily answered. But there are other aspects to be taken into account.

As the material used for vaccinations can contain a small portion of the disease organism from which protection is sought— indeed this is one of the basic reasons underlying the practice of vaccination as we understand it— many have felt that the principles set out above are not so easily applied. If God requires us to keep clear of disease, how are we doing so when we deliberately inject ourselves with one? Perhaps the vaccine is manufactured from doubtful material, giving rise to great unease in anyone submitting to it.

Furthermore, all vaccinations have a very small percentage of failure. For so many tens of thousands vaccinated, one will be damaged: possibly he will die from it. To the medical profession, this can be balanced against the lives protected by controlling a disease which, if allowed to grow rampant, will undoubtedly kill many, many more. But although these statistics may appear convincing when expressed impersonally, they are of no comfort to parents whose child proves to be the one in a hundred thousand who is affected.

It is therefore impossible to be dogmatic on this question. Instead, after careful consideration of all the factors,

‘let every man be fully persuaded in his own mind’ and act in accordance with his spiritually directed conscience. (Romans 14:5).”2

Therefore, everyone must decide for themselves whether to be vaccinated, assuming it is not mandated where they live.

If it does become mandated, the Divine principle appears to be that we ought to submit to the authorities.

If not a mandate, we must not judge others for taking a position that is different than ours. However, there are likely consequences one might face if one chooses not to be vaccinated. These may include a lack of access to the worksite, schools and other public venues.

Our decision to be vaccinated also involves our future interactions with brothers and sisters when we return to face-to-face worship. Let every one of us weigh this matter carefully and pray to our Heavenly Father that we will be spared further impact from this deadly disease.