What Are the First Principles? 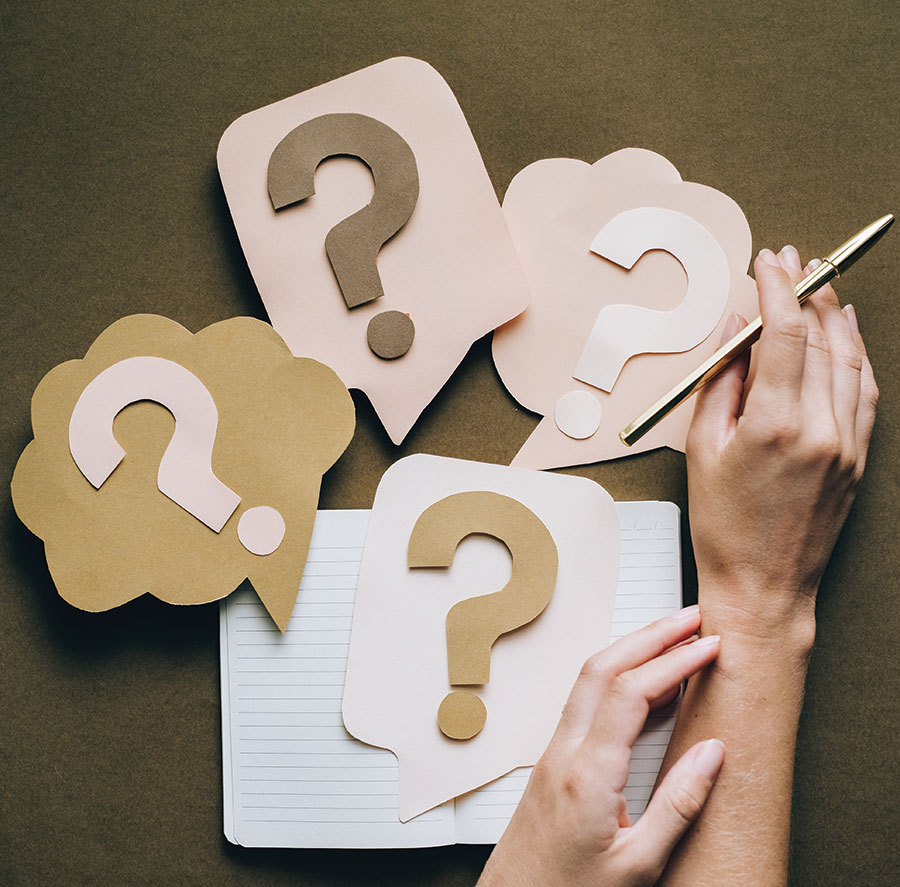 This article is a continuation from the October Special Issue “When We Disagree: Ensuring Love Prevails”

When we search out the true fundamentals which constitute the gospel, we find that they are characterized by their simplicity—what Paul called “the simplicity that is in Christ” (2 Cor 11:3, KJV).

The question has often been asked: “How do we define first principles?” The contrast between “milk” and “solid food” (or strong meat: KJV) (Heb 5:12,13; cp. 1 Cor 3:2) helps here. When it comes to food, there is a definite contrast between what is good for babies, and what is useful for adults, and so it is in spiritual matters.

It is good to grow up in Christ and be able to “digest” more solid food, but it is not good to expect newly baptized believers to partake of the same food as the grown-ups—certainly not for a while.

When it comes to fundamentals, our motto should be: “Keep it simple.” And here is the dilemma: On the one hand, the Bible plainly speaks of those who are “newborn babes,” still “unskillful in the word of righteousness,” still in need of “milk” rather than strong meat. Nevertheless, we must acknowledge that—despite their inexperience—these new converts are still “in Christ,” “brothers and sisters,” and “partakers of the heavenly calling” (see 1 Cor 3:1; Heb 3:1; 5:13).

On the other hand, fellowship matters are invariably decided by ecclesial elders, who have 30 or 40 or 50 years of learning, accompanied perhaps by the desire to display that learning. At the same time, it is quite possible that these respected elders may have given very little thought as to what infants or babes in Christ need.

Somewhere in the middle, between “the simplicity in Christ” and the “strong meat,” right-thinking leaders should be able to draw lines to divide essential beliefs from non-essential. Is such a task impossible? Is there no Scriptural guide to follow?

In one of his last articles, Bro. Robert Roberts lamented this difficulty of discerning between essential and nonessential Bible teachings. He wrote: “It is possible to go too far in our demands on fellow believers. How far we ought to go and where to stop, is at one time or other a perplexing problem to most earnest minds.”2

Have we as a community of believers been able to rightly divide the Word of God, and determine where this seemingly mysterious boundary lies? Our long history of one division after another seems to offer the answer, loud and clear: “No!” Is it really that difficult? Or have we not really tried to find the answer to the question? “How far to go? Where to stop?”

RIGHTLY DIVIDING THE WORD OF GOD

Therefore, we can conclude that the teachings essential for salvation— what we call “first principles”—are the same teachings which are essential for Scriptural baptism, no more and no less. Furthermore, we shall assume that the purpose of what we call a “statement of faith” should not be to define everything that might possibly be believed, but rather to define only what should be believed as a prerequisite for baptism and admission to fellowship.

Ideally, these three items should be perfectly equivalent:

To continue: If we can find in the Bible either a “statement of faith” (in the words of Scripture), or if we can determine the doctrines that were required to be believed before being baptized, then we shall have found a Biblical answer (not merely an intuitive or subjective or traditional answer) to the question: “How should we define first principles?” Then we will have solid evidence with which to compare any “statement of faith.”

In other words, does the statement in question go too far, or not far enough, or is it “just right”? In his previously mentioned article, Bro. Roberts wrote: “[Men of God] are afraid on the one hand of compromising the truth in fellowship; and on the other, of sinning against the weaker members of the body of Christ. The only end there can be to this embarrassment is found in the discrimination between true principles and uncertain details that do not overthrow them.”

Bro. Roberts then proceeds, in his lengthy article, to give some examples both of what he considers “true principles” and what he considers “uncertain details.” He accomplishes this, to good effect—insofar as he goes. His article, cited above, is still well worth reading.

But he does not attempt to describe any characteristics which would prove a doctrine essential for salvation (or fellowship, for that matter). It may well be that he intended to develop this idea further when he had the opportunity. But sadly, he was unable to do so because he died in 1898, very shortly after this article appeared in The Christadelphian. If we are to take his idea further, then we must start where he had to leave off.

What are the first principles? And how can we identify them as such? My book (under the same title as this article,) is a serious effort to answer both questions, by allowing the Bible itself to provide the answers.

What are the first principles? And how can we identify them as such?

My book also compares the results with the most common Christadelphian statement of faith, the BASF (and with its closest variation, the BUSF)—so that we can answer the vexing question: “Does our statement go too far, or not far enough, in defining essential doctrine?”

The Apostle Paul’s “summary of faith” is the nearest thing in the Bible to a true statement of faith. It is found in Paul’s letter to the Ephesian believers, in which he appeals for unity of mind and fellowship among believers there based on their mutual acceptance of seven “ones”:

There is one body, and one Spirit, even as ye are called in one hope of your calling: one Lord, one faith, one baptism, one God and Father of all, who is above all, and through all, and in you all. (Eph 4:4-6).

These seven “ones” do indeed provide an outline of what RR called “true principles”, which guided me to consider, in turn, each of the seven items—basing my inquiry on what else the Apostle Paul had written elsewhere about each one, from “one body” all the way through to “one God”. But there is more to be found in the Bible, along the same lines…

By far the most fruitful of these investigations is what I designated by the subtitle above. I found that there are nine such “lectures” in the Book of Acts. Each one is characterized by the preacher’s intent to present the gospel, and thereby to convince his listeners to believe, repent, and be baptized. Of these nine lectures, there are:

In most of these cases, the “first principles” lecture is supplemented by direct quotations from Old Testament passages, and these passages are of course taken into consideration in this study.

THE APOSTOLIC STATEMENT OF FAITH

We now have the raw materials with which to construct an apostolic statement of faith, using the approaches outlined above to determine which Bible teachings are essential for salvation. The following statement leans heavily on the “Acts statement of faith” as well as Paul’s Ephesians 4 summary. (I have omitted the Bible references to save space, although the most relevant passages are included in the book itself.)

The reader will note that the above statements resemble the corresponding clauses in the BASF—so much so that we might safely say the ASF (Apostolic Statement of Faith), and the BASF are 98-99% alike. But there is still something to be learned by considering where the ASF and the BASF differ, even if only slightly. Here are a few examples:

a. The BASF does not have a clear statement about the fundamental Bible teaching of justification by faith. Corresponding to this is its failure to mention conversion or repentance in connection with baptism. These oversights may reinforce an unfortunate Christadelphian tendency—that is, to visualize, and perhaps to proclaim, salvation as a legal or mechanical process (“learn the facts, and then be baptized”) more than as a moral awakening (“change your life, and then be reborn”).

b. In not one single clause does the BASF mention “love” as a motivation of God or Jesus Christ in their work. Also, there is a complete absence of “mercy” as an attribute of the Father and the Son.

c. While omitting Bible words such as “love” and “mercy”, the BASF does use uncommon and difficult words, suitable perhaps for a legal document of the Victorian era, but not nearly so suitable in a document which we hope will be read (and understood!) by people today. These are words such as: extant, bequeath, underived, abolition, immaculate, and abrogate. Possibly, some older readers can define these words, but do our Sunday school students and our newly baptized members understand them?

d. The BASF has no real counterpart for the ASF clauses 22 and 23, concerning the One Body, fellowship, and the breaking of bread. In my opinion, this is a major shortcoming. Historically, this omission of the positive doctrine of fellowship may account for our serious preoccupation with the negative aspects of “fellowship” (that is, which believers ought to be excluded). In short, Christadelphians seem to have always been very concerned with cutting off fellowship from others who might be in error—much more concerned, that is, than seeking fellowship ties with others who believe as we do and are also part of Christ’s One Body.

For God did not send his Son into the world to condemn the world, but to save the world through him. (John 3:17).
Do not judge, or you too will be judged. For in the same way you judge others, you will be judged, and with the measure you use, it will be measured to you. (Matt 7:1- 2).
Who are you to judge someone else’s servant? To his own master he stands or falls. (Rom 14:4).
You, then, why do you judge your brother? Or why do you look down on your brother? For we will all stand before God’s judgment seat… Therefore let us stop passing judgment on one another. Instead, make up your mind not to put any stumbling block or obstacle in your brother’s way. (Rom 14:10, 13).
Speak and act as those who are going to be judged by the law that gives freedom, because judgment without mercy will be shown to anyone who has not been merciful. Mercy triumphs over judgment! (Jas 2:12-13).
For if you forgive men when they sin against you, your heavenly Father will also forgive you. But if you do not forgive men their sins, your Father will not forgive your sins. (Matt 6:14-15).

1 All Scriptural quotations are taken from the New International Version (NIV) unless otherwise noted.
2 “True Principles and Uncertain Details,” The Christadelphian, May 1898, Vol. 35, No. 407, p. 182

Very insightful. It’s something I’ve thought about quite a bit. The key doctrines taught in Acts are even less prescriptive than the ASF you’ve compiled, but back then ideas like the trinity didn’t exist to be explicitly dispelled.
Where can I buy the book to look at the quotes in more detail?

I don’t know where a printed copy can be found, but here’s a link to an online version:
http://www.christadelphianbooks.org/booker/what_are_1st_princ/index.html

0
Reply
Life Application
The Book of Mormon: (7) Right First Principles are Essential to Getting it Right
Continue Reading
Reflections