Enjoy this article written by Sis. Antonia Giordano from an interview with Bro. Ray Arthurs from the Broughton Ecclesia in Jamaica. 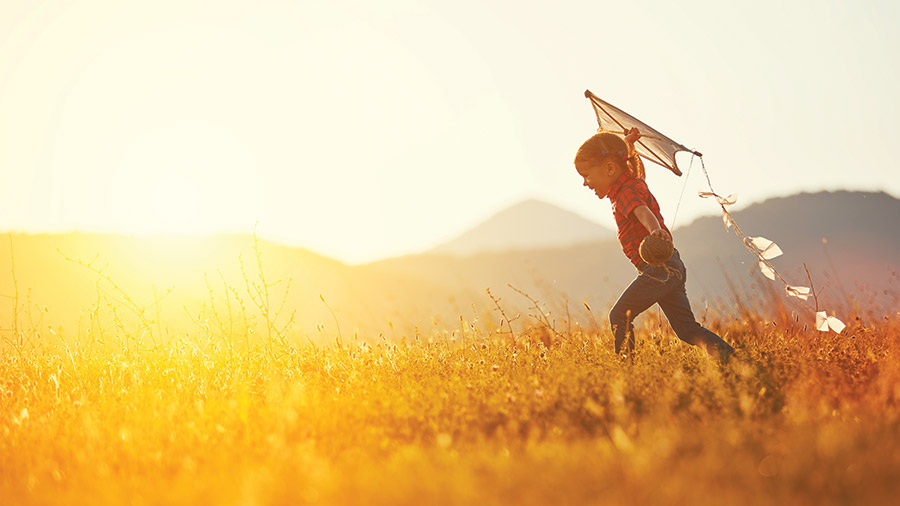 “From long before we are baptized, God was involved in our lives and bringing us to him. As he said to Jeremiah, ‘Before I formed thee in the womb, I knew thee’ (Jer 1:5), and I believe this is true for all of us. He’s working with us through all the moments in our lives, the good ones, and the most important moments, the bad ones. The worst moments. The worst of times are when our characters are shaped. These terrible times are the most important things that ever happen to us.”

For Bro. Ray, that moment came when he was just three years old, an event that he remembers as though it was just yesterday, even though he is now in his eighties. Standing in the yard of his family home in Negril, Jamaica, with his older brother and sister, he witnessed an argument between his parents.

Being small, he didn’t know what it was about, but he knew it was bad. Then his mother walked out the gate and away down the street, never to return.

“That moment, the worst moment of my life, was the most important moment, because that loss characterized me. The loneliness and the hurt have never left my mind all of my life and my determination is one which I said to myself, I don’t think I could ever, ever bring myself to do such an act to anyone.”

The next few years passed without much parenting. His father was often absent and while his older siblings were around, Ray mostly took care of himself. At six years old, his grandmother took him in and made him go to school.

“I left school one year before my time was due, which greatly irritated my grandmother who thought I must go back to school. But I had no interest. I took up fishing to make a living and had a little money.” Bro. Ray says,

“In those years a lot of people from the West Indies were going to England. One evening, I went to a cricket match and another young man asked me if I was going to England—and I said yes! I got home and wondered why in the world I said that—was it my pride? Stupidity? But I kept thinking about it.”

The path forward, though, seemed impossible. How was a sixteen-year-old boy to fund his way across the ocean to a new life?

“I told a lie, and I am not proud of it, but there it is,” says Bro. Ray. “My brother had spent some time in the US and had a little money. I told him—and this was the lie—that our father was going to borrow some money to send me to England. I asked, “Why don’t you lend me the money instead?” I knew my brother’s character and I knew he would—and so he did. I cannot explain how joyful I felt to be going to England!”

He started to make preparations for his trip. During his final few days in Jamaica, he was able to reconnect with his mother and for the first time in 12 years, spent a little time with her. Then he was off!

In 1956, Ray boarded the ocean liner, Venezuela, and set sail for 19 days at sea. At just sixteen years of age, he arrived alone in a foreign country. After a short stint in Coventry, where his meager pay check of just £3 made him cry each week when he received it, he moved to live with some friends in the Yorkshire town of Huddersfield.

During this time, he, and his brother, who now also lived in England, bought a house. At the end of their street was a Christadelphian ecclesia. Ray walked past it many times before an encounter with the pretty sister of a workmate gave him the occasion to go inside.

On Christmas Day, 1960, this young lady told him she was going to church for the evening, and he, being interested in her, invited himself along.

“I didn’t get a single thing from what the speaker said! But afterwards, an old lady sitting behind me began talking to me and she said, ‘Not all Christians are the same.’ This was a shock because I thought all churches were the same.”

The elder sister invited Ray and the young lady to dinner, where they were introduced to Bro. Lionel McVoy.

“I had never eaten at someone else’s home before. Since I was a child, it was drilled into me, you always go home to eat, so this was a new experience. After dinner, Lionel started telling us about the Bible, and I had never heard such things that are in the Scriptures. Then he said, “’And that’s just a little taste,’ and so we made plans to meet him every week.”

Both Bro. Ray and the young lady, Sis. Merle Marshall, were baptized six months later. During his time in Huddersfield, Bro. Ray attended two ecclesias. First was Milnsbridge, the large, studious ecclesia down the hill from where he lived. Their fine mutual improvement program trained him well, but due to the size of the ecclesia, he was never able to exhort or preside on Sunday morning.

So, he began to visit the King’s Street Ecclesia. Started by Bro. Robert Roberts, it was by this time a very small meeting of just a few members and Bro. Ray was able to contribute in every way. Between these two ecclesias—the studious nature of Milnsbridge and being able to put his studies into practice at King’s Street— God trained up Bro. Ray for the rest of his long life in the Truth in Jamaica.

After twelve years in England, he was ready to go home. He’d learned of the Broughton ecclesia (20 kms from Negril) and knew it was time to support his “home” ecclesia. So, with his wife, Sis. Gloria, and their young son, he went home. He was busy, for many years, cycling the distance between Negril and Broughton on Sunday mornings and Wednesday evenings, showing up covered in dust from the dirt road.

“So much I had to do in Broughton!” he says. “Sunday School teacher, recording brother, presiding. I spoke every week for many years—such a contrast to my days in Milnsbridge when I was unable to get on the schedule!”

“The good LORD has taken care of me all this time,” says Bro. Ray, including through these difficult past two years we’ve all endured. The problems in the world right now are not a problem to Bro. Ray.

“COVID-19 is a time of truth and realization. Everywhere I turn, I see difficulties that can’t be explained by us. They were made by the Almighty, and He shows deliverance. “And we know that all things work together for good to them that love God, to them who are called according to his purpose.” (Rom 8:28). It’s one of my favorite passages in scripture.”

And so, Bro. Ray sees the hand of God in his life, working with him through the good moments and the bad. From the loss of his mother as a tiny child, to carrying him across the ocean to learn His Truth. Bringing him back to Jamaica sometime later for a lifetime of service to his ecclesia there.

God has been with him, as He is with each one of us.

Blessings to you.God is with you.

Over the next couple of months, we will be featuring a series of character studies about valiant and virtuous women in the Scriptures. I am thankful for the contributions of our sisters, helping us to appreciate the great faithfulness of women throughout time. ~ Editor
Continue Reading
Life Application

What Happened to the Apostles?

We know that Jesus chose His apostles for the most important mission in history. “And he said unto them, Go ye unto all the world, and preach the gospel to every creature. He that believeth and is baptized shall be saved; but he that believeth not shall be damned” (Mark 16:15-16). But other than the New Testament accounts of the lives and the preaching of a few of the apostles, where did they all go and how did their lives end?
Continue Reading
Minute Meditations
One thing you can give and still keep... is your word
Continue Reading
Exhortation and Consolation
CARIBBEAN EXHORTATION Blindness in Part Has Happened to Israel
Continue Reading
Exposition
DEVOTIONAL - When No One Will Ever Feel Lonely Again
Continue Reading
Reflections