As We Grow Older 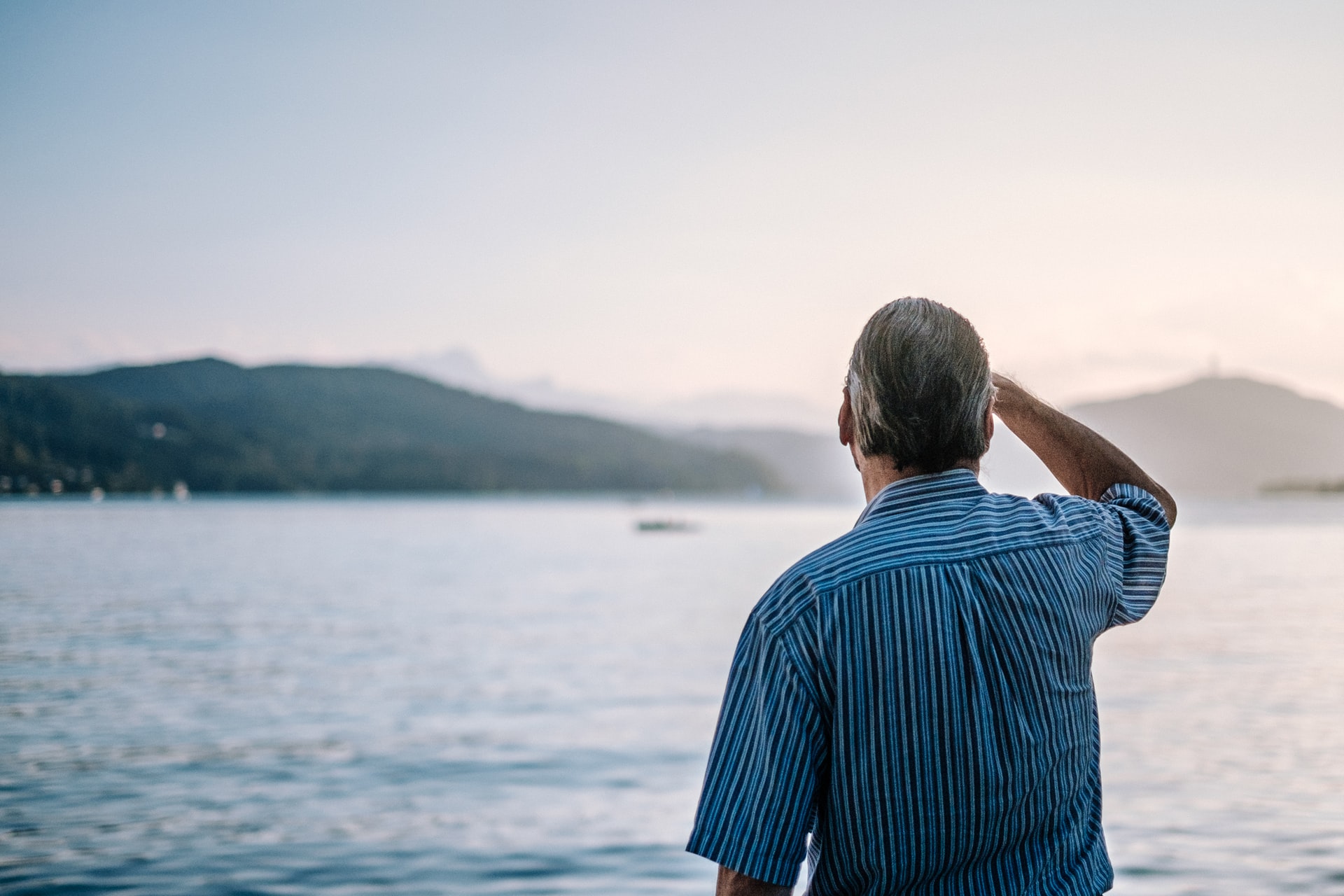 Letters to Middle Age and Beyond—11

(An excerpt from Bro. Islip Collyer, the Christadelphian Magazine, 1943)

A few years ago a brother who had not seen me for some time put the question, “Well, are you enjoying retired life?” I replied that so far I had not experienced retired life and so could not express an opinion as to how enjoyable it might be. I was rather younger than he thought, and moreover was in the unprotected business world without those privileges the inquirer had in mind. Now however the question comes back in slightly altered form, “If there is another period of peace, are you expecting to enjoy retired life?” There are some men who hold to their work as long as possible because they need, or think they need, the emoluments attaching to it. Even in the Brotherhood there may be a few who so enjoy business that they are loath to relinquish it. The majority of men, however, as they grow older are greatly attracted by the thought of retiring from work. No more the imperative morning call, the hurried breakfast, the wearying journey and the monotonous work. No more of those insistent duties which make it impossible even to take a short holiday without extra work before and after. They think that the war will soon be over, there will be a period of peace again, and then retired life should be very pleasant.

What was the man’s fault that he was condemned in such strong terms? We are not told that he was wicked or that he had been dishonest in his work. The avocation to which he had bent his energies was the most useful of all human activities. For his lands to have brought forth abundantly he must have been industrious, and husbandry is one of the rare businesses in which a man is almost sure to benefit others by being successful himself. It is true that his ambition to eat, drink and be merry seems on a low plane, but we have to remember that Scripture always strips off the veneer and exposes fundamentals. If a modern man is apparently not interested in food it is probably because his table is so well and constantly furnished that there is no occasion to be anxious. It is undeniable that eating and drinking play a large part in human life, now as ever. It is probable that our modern tables even in time of war would seem luxurious to a man of the first century, such as the one envisaged in the parable. What was his fault that he was condemned as a fool?

The question is answered by the general teaching of the New Testament. The emphasis is always on the positives, and negatives are almost ignored. When the Lord Jesus presented his most impressive picture of the judgment seat he did not mention negatives. “Come, ye blessed,” was said to those who had brought forth the fruits of practical righteousness, and no mention made of undesirable things from which they had abstained. “Depart, ye cursed,” was to those who had failed to bring forth these fruits of the spirit, and no mention made of evils they had done. If disciples give their lives in loving service to God there will not be much time or opportunity for worldly things, and weakness of the flesh may be forgiven. If disciples fail to bring forth the positive fruits of righteousness they have failed completely, and fleshly follies can hardly make their position worse. It is certain that a stoical aloofness from all worldly pleasures will not atone for lack of the essential qualities required by Christ. Here we have the full explanation of the harsh words used in the parable. If disciples fail to bring forth the positive fruits of righteousness they have failed completely,The man was not rich toward God. He fixed his mind on things which are legitimate so long as they are controlled by a sound discipline, but they belong to this perishing world, and it is always folly to count on them, for we never know when life will fail. The first thought to take shape in the mind of a disciple when he is able to retire from business is in the words of the Psalmist, “What can I render unto the Lord for all his benefits?”

An answer will probably soon be found to this question. It may come into collision with natural desires, it may not offer the rest which seems so desirable, but “this is not our resting place.” A disciple of Christ while he has health and strength should continue to work.

We may sometimes be forgetful of this duty. We may allow fancy to picture a restful home in a spot which has charmed us in our brief periods of relaxation from the strenuous efforts of the business world That delightful little seaside place where one might live in peace far from all disturbing influences; no ecclesial troubles, time to read, opportunity for rest and reflection. A meeting not too far away; but even that might be an after thought. A sympathetic companion to share in the rest, and no more the need to hasten away from her either in search of coins or of converts. If we think on these lines are we not like the man in the parable, greedy for self and not rich toward God? It may seem a more noble ambition than the crude “eat, drink, and be merry,” but it may not be any better from the divine point of view.

I do not for a moment suggest that brethren who retire to quiet seaside places necessarily fail in their duty. We are not qualified to judge for each other. Individual duties differ as much as individual character and capacity. Some are born pioneers with a quiet conversational persuasiveness which makes them do better work in a new field than in a large ecclesia. For others the call of duty is to the busy centres. We have to decide for ourselves with as much sound judgment and intellectual honesty as we can command. For me, the quiet seaside place has tremendous attractions, but I am sure it would be wrong for me to go and live there. We must judge for ourselves, but it is certain that we must not put the emphasis on the idea of enjoying retired life. Freedom from business will have its compensations, but it will have its trials. It is possible even that it may bring more work than ever, but work on a higher plane and bringing a corresponding sense of satisfaction.

A disciple of Christ while he has health and strength should continue to workIt may be appropriate to write a few lines on the subject of relaxation which has its proper place in all periods of human life. I can remember a young brother—it is many years ago and I forget who it was—saying that we ought to be ready to work ourselves to death in three years. It was an intemperate remark such as often comes from men who quickly swing from one extreme to the other. A healthy man would find it very difficult to work himself to death in such short time. Long before he reached the dying stage he would have become so obviously inefficient that no one would want his services. A speaker, for instance, cannot do good work if he faints in the middle of his lecture. Before this extreme was reached there would be a loss of mental clarity which would call for rest and recuperation. It is true that a man can shorten his life by neglecting his body, working when physically unfit and refusing to take the steps dictated by prudence. A brother who was seriously ill once insisted on carrying out his appointment to speak in a distant town. He may have given the brethren good advice, he certainly gave some of them influenza, and he ran grave risks for himself.

Arnold Bennett once pointed out that a man will be careful to oil his bicycle or other machine and keep it in good condition, but often will be utterly careless with the far more wonderful mechanism of his own body. We may extend this idea a little further, bearing in mind the apostle’s words, “Ye are not your own, ye are bought with a price.” If a worker is permitted to use an expensive machine which belongs to his employer, is he justified in neglecting it, working it without oil and overloading it destructively, merely because it is mostly used in his master’s work? The question only needs to be put for the answer to appear, an answer which applies equally well on the higher plane. We are not justified in overloading or neglecting our mortal frames even in the Master’s service.

Experience proves that in the matter of retired life the way of duty is the way of health. Even apart from any divine judgment, the man who concentrates on the idea of eating and drinking and being merry, will not last for long, and probably will not find much of real merriment even in the few days of survival. The one who only seeks rest and escape from wearying duties will not do much better. It is probable that the one who puts duty first will find the most happiness. It is certain that one who understands and remembers scriptural admonitions will recognize that there are duties, perhaps even very special duties, for the last phase of mortal experience. He must try to perform those duties or he certainly will not enjoy retired life.