This grace was given me: to preach to the Gentiles athe unsearchable riches of Christ. (Eph 3:8). 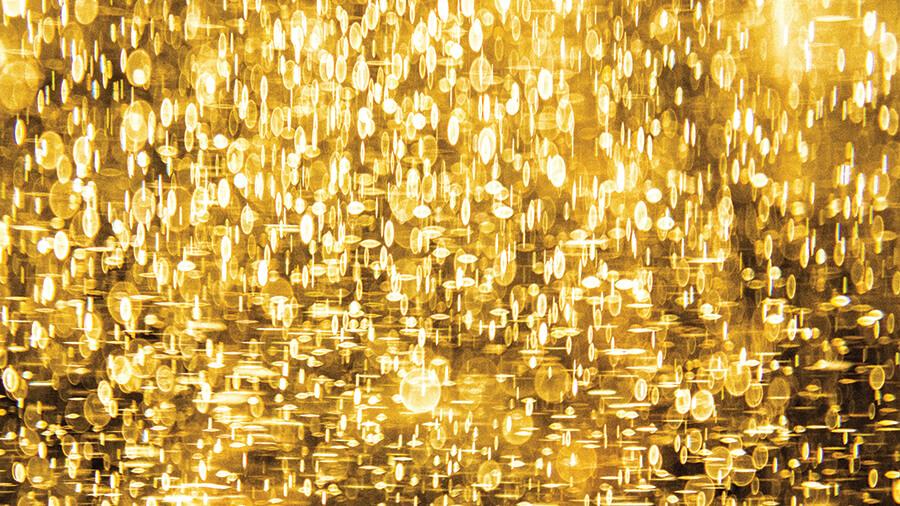 God’s New Temple, Under Construction
This grace was given me: to preach to the Gentiles the unsearchable riches of Christ. (Eph 3:8)1All Scriptural citations taken from the New International Version, unless otherwise noted.

God established Jerusalem as the seat of His throne and His temple for the Jews. But when God appointed His Son as the vessel of “grace and truth”—the fullness and perfection of grace, including forgiveness of sins—He established a new, fuller worship.

This new worship, embodied in Jesus Christ, was not confined to Jerusalem but was offered throughout the world to Samaritans and other Gentiles. It would be a religion of “true spirit” which matches that which God created in His unique Son, and a religion not bounded or confined in one place or one temple service: “either on this mountain nor in Jerusalem.” (John 4:21).

God Has Built His true Temple

God made His Word into flesh when He “tabernacled” in the person of His Son (John 1:14). When the temple-body of Jesus was crucified by his enemies, his Father “built” it again in three days. (John 2:19, Acts 2:32).

The tabernacle of Moses and the temple of Solomon had been erected at the LORD’s commands, and following the patterns which He gave to men.

But when it came time to establish the final and perfect tabernacle/temple in the person of Jesus Christ, the LORD God Himself did not entrust that project to humans. He “built” His only begotten Son Himself. Thus, our Lord Jesus became:

the sanctuary [Greek “hagios”: holy place], the true tabernacle set up by the Lord, not by a mere human being. (Heb 8:2).

“True” here is the Greek word “alethinos,” which signifies that which is real and substantial, in contrast to that which is only representative and a “shadow.”

When the Romans overthrew Jerusalem, they destroyed Herod’s temple—which, like Moses’ tabernacle and Solomon’s temple, will never be rebuilt. But the true tabernacle, pitched by God—the true temple of Christ rebuilt in glory by God—will never be destroyed or supplanted. He who is built by God will truly last forever!

Does it not seem an insult to the LORD God Himself that we should believe and teach that such a “temple” which God built in the person of His only-begotten Son—a human “temple” filled with “unsearchable riches”—also needs a massive temple such as men might build, and herds of sacrificial animals, to complement God’s most extraordinary creation?

Or to put it another way, would not all these unnecessary trappings detract from the exquisite beauty of the perfect, eternal “temple” of God, which is His only begotten Son?

What kind of “riches” are found in God’s holy places?

The original tabernacle in the wilderness was filled with the riches of Egypt: silver and gold given by Egyptians to the children of Israel as they left the land of their captivity (Exod 3:21,22; 11:2,3; 12:35). Much of this wealth was essentially paid by Egyptians to Jews as reparations for their centuries of slavery. Later these same riches were thankfully contributed by the Israelites as freewill offerings to the LORD God who had set them free—“gold jewelry of all kinds: brooches, earrings, rings and ornaments” (Exod 35:21,22). Thus, Egypt enriched the tabernacle.

The original temple of Solomon was, in a similar fashion, built with materials provided by others, and furnished with riches taken from the Gentiles. King David “made extensive preparations before his death” (1Chron 22:5), gathering together building materials and wealth with which to finance the temple’s construction (1Chron 18:1-13; 22:1-5; 29:10-16).

His son Solomon continued this accumulation of wealth through taxes and tribute from the conquered nations roundabout. By this means, and by trade on an enormous scale, Solomon also gathered much gold (1 Kgs 9:28; 22:48; 2 Chr 8:17-18), fine wood, and precious stones (1Kgs 10:11; 2 Chr 9:10) from more distant lands. Much of this bounty would find its way into the great temple which Solomon built.

Yet, when all was said and done, how much was this great treasure really worth? After all, Moses himself gave up the “treasures of Egypt” “for the sake of Christ.” Though as yet unseen in Moses’ day, the coming Messiah was known to be of far “greater value” than any material wealth (Heb 11:26). And Solomon knew that no house built by men—no matter how grand and ostentatious—could truly contain the LORD God, nor be a place of comfort and rest for Him:

Isaiah has testified to this same effect:

This is what the LORD says: “Heaven is my throne, and the earth is my footstool. Where is the house you will build for me? Where will my resting place be? Has not my hand made all these things, and so they came into being?” declares the LORD. “This is the one I esteem: he who is humble and contrite in spirit, and trembles at my word’ (Isa 66:1-2; compare Isa 57:15).

Great houses built by men, even God’s houses built at His bidding, have been destroyed—never to be rebuilt. The wealth acquired by men from Egypt and other nations, even as an offering to God, has long since been decimated—never to be regathered. But we know now that the only eternal building of God’s dwelling is to be seen in His resurrected and glorified Son, and the only true riches of God are to be found in the “unsearchable riches of Christ,” grace leading to eternal life in him. (Eph 3:8 KJV).

For you know that it was not with perishable things such as silver or gold that you were redeemed from the empty way of life handed down to you from your forefathers, but with the precious blood of Christ, a lamb without blemish or defect. (1 Pet 1:18-19).

Yet God is continually building His spiritual Temple

God is still working to “create,” even today, individual believers who will make up His eternal spiritual Temple, of which Jesus Christ is the cornerstone. The plan of the Divine Architect calls for a wonderful “building” to be erected around that one cornerstone:

As you come to him, the living Stone—rejected by men but chosen by God and precious to him—you also, like living stones, are being built into a spiritual house to be a holy priesthood, offering spiritual sacrifices acceptable to God through Jesus Christ.” (1 Pet 2:4-5).

From one perspective, we may say that God’s new Temple has already been built. When Christ rose from the dead on the third day, as he had prophesied, the Temple of God had been formed again:

Jesus answered them, “Destroy this temple, and I will raise it again in three days.’ “The Jews replied,” It has taken forty-six years to build this temple, and you are going to raise it in three days?” But the temple he had spoken of was his body. After he was raised from the dead, his disciples recalled what he had said. Then they believed the Scripture and the words that Jesus had spoken. (John 2:19-22).

However, from another perspective, this new Temple is still under construction.

As the Jews pointed out, Herod’s great Temple had been, at the time they spoke, 46 years in building and still not complete. And only 40 years later, the Romans leveled the whole complex, burned and eventually swept it away, except for its foundation. By contrast to Herod’s temple, Jesus’ Temple has been under construction for almost 2,000 years—and it is not finished yet:

You [Gentile believers] are no longer foreigners and aliens, but fellow citizens with God’s people and members of God’s household, built [being built: continuous action] on the foundation of the apostles and prophets, with Christ Jesus himself as the chief cornerstone. In him the whole building is joined together [being joined together: continuous] and rises to become a holy temple in the Lord. And in him you too are being built together [again, continuous] to become a dwelling in which God lives by his Spirit. (Eph 2:19-22).

As the “building” was under construction in Paul’s day, so it continues to this day. Every believer is adding his or her part to the great structure, to the glory of God.

This is the true Temple that will exist through all eternity, and in my opinion, it needs—even demands—greater attention than we, as a brotherhood of believers, have given it to this point.

This grace was given me: to preach to the Gentiles the unsearchable riches of Christ. (Eph 3:8)
Continue Reading
Exposition

There are "uncertain details" which should never be allowed to affect fellowship among brothers and sisters, namely the size of Christ's future temple upon the earth, or the form and shape of its construction.
Continue Reading
Exposition

This grace was given me: to preach to the Gentiles the unsearchable riches of Christ. (Eph 3:8)
Continue Reading
Reflections