What do you remember? I have probably heard about 3,000 exhortations in my life. Apart from the last few, how many do I remember? Well, frankly, very few. And what are the characteristics of the ones that I do remember? 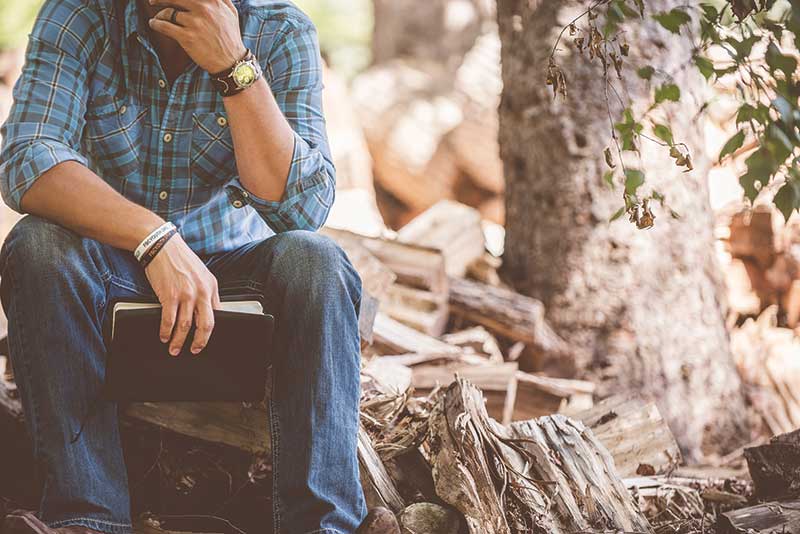 What do you remember?

I have probably heard about 3,000 exhortations in my life. Apart from the last few, how many do I remember? Well, frankly, very few. And what are the characteristics of the ones that I do remember?

What about the vast numbers that might have engaged me at the time, but made no lasting impression, did not cause me to look up any point they made, or did not made me think deeply about a doctrine or behavior? They caused no change in my life or my understanding of the Bible message, and caused no lasting memory. They probably helped by reinforcing my beliefs and provided correction to my walk, so they were of value, but not memorable. And, of course, it cannot be expected that many exhortations will be of lasting memory, but I thought I might contemplate about the characteristics of those that were.

And I must admit that I hope the long tradition of requiring the speaker to simply stand up, and talk into the microphone on the podium as a talking head, will soon disappear. I have heard talks using illustrations, projected on a screen, or using props such as models, and I must admit I do recollect these. Whether it was because they were so unusual, or because “a picture is worth a thousand words” is hard to say!

What an exhortation is

Even the word, “exhortation” gives us a clue to what is intended; the Greek is parakaleo (verb) or paraklesis (noun), a common word basically meaning “to comfort.” The two together are used about 130 times, but only about five times in a negative way. This should be reflective of the way we use it — not to warn or condemn, not to accuse or incite division, but to unite, uplift, encourage. Although a reminder of our purpose in the memorial service is necessary, many times the same words are used that we have perhaps heard hundreds of times before. So they tend to wash over the hearer.

An exhortation should call forth a response: to walk a little more worthily, to follow more closely the example of Christ, to unite more fully with our fellow believers, to learn a little more about how to walk by the spirit of Christ. As Paul says:

“… but the fruit of the Spirit is love, joy, peace, forbearance, kindness, goodness, faithfulness, gentleness and self-control” (Gal 5:22-23).

It is often helpful for an exhorter to take inspiration from the daily readings, primarily because your audience will be familiar with the background.  Also the presider can integrate the  hymns with the readings. And sometimes they almost force the topic: how could one not exhort on John 3:16 if it were in the readings for the day? “For God so loved the world, that he gave His only begotten Son, that whosoever believeth in him should not perish, but have everlasting life.”

An exhortation should unite, uplift and encourage.Perhaps the structure of an exhortation should also follow the example of Jesus, how he made his message memorable by having a clear theme, along with a relevant illustration. He spoke of light, of the vine, of bread, of the word. Think of your audience, and if you know them well you might consider what might be of comfort to the sick, the depressed, or those in difficulty.

What an exhortation is not

‘Let us encourage [‘parakaleo’] one another — and all the more as you see the Day approaching.’ (Heb 10:25).
‘The hour has come for you to wake up from your slumber, because our salvation is nearer now than when we first believed.’ (Rom 13:11).

I will cite examples of exhortations I remember from decades ago, which share two  characteristics: they do exhibit a clear theme and also changed my way of looking at the world. They were both fairly short as well, which reminds me of what my father told me long ago: “stand up, speak your message clearly, and shut up”.

Amen. It must be about 50 years ago that I remember a brother talking for 30 minutes about the word “amen”, which is one of the few words simply transliterated in both the Old and New Testaments. It took at least half the time before he actually revealed the word he was talking about, which was one of the two things that made his exhortation memorable. The other was that he, very clearly and forcefully, presented what in my mind was a biblically sound argument: that we should always say the word out loud at the end of anyone’s public prayer. And this is what I have tried to do ever since, as I was asked to do. To quote Dennis Gillett:2From “Words and Weight”, p. 48.

“In New Testament times it was the common practice for congregations to audibly associate themselves with prayers offered on their behalf, by a corporate “Amen”. If the prayer is audible it seems right that the Amen should be audible. In 1 Cor 14:16, Paul complains that if the public prayer is not understandable, how can a sincere ‘Amen’ be given? This gives a very big meaning to this little word”.

1967. This date tells you how long ago I heard this exhortation, for it was in the middle of the Six Day War, when the propaganda from the Arabs made it appear they were winning and of course the whole of Christadelphia seemed to be rooting for the Israelis. It was in the middle of this fervor that the brother pointed out that, if we really wanted the Kingdom to come, we should be rooting for the Arabs. It seems clear from both the Old Testament (Ezekiel 38) and the New (the Olivet Prophecy) that the land will be laid waste prior to the coming of our Lord.  Ever since, I have been looking with renewed interest, but also skepticism, at our communities’ “Signs of the times”.

An exhortation is not supposed to just fill time, nor to consist of a Bible study. It is supposed to remind us of why we are there, to help us give thanks for the memorial. But if it can cause its hearers to change in a positive way, and make for a lasting memory, it will truly fulfill its purpose.