“Here is water; what doth hinder me to be baptized?” 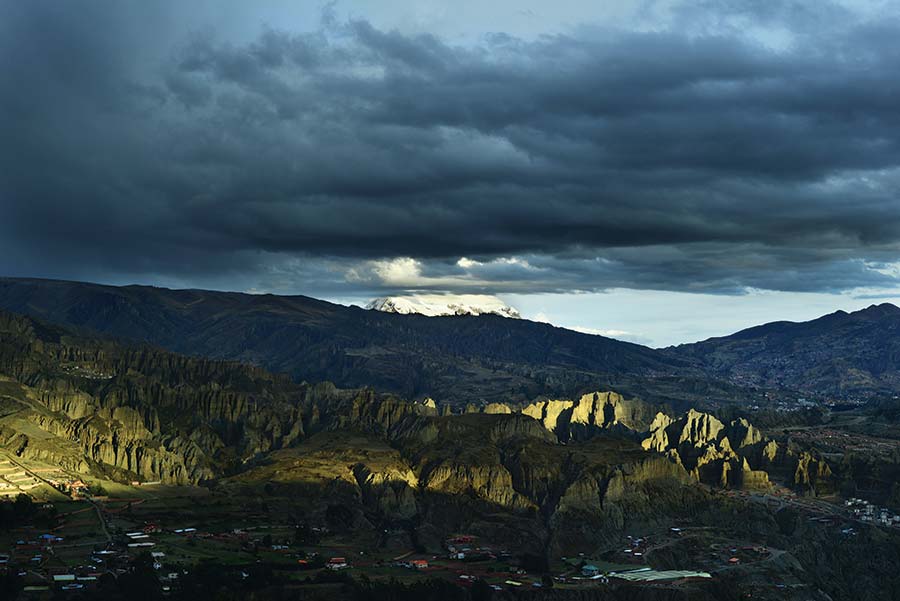 This Bible passage has been going through our minds for the last month or so, but instead, there is no water!

We’ll start the story back at the beginning of November when two lovely ladies, Ilda and Dalia of the ecclesia here in La Paz, had their interviews for baptism. However, we discovered shortly thereafter that there were still no pools open due to all the coronavirus restrictions! We spent a few weeks looking at different options. A bath was out (as Ilda is going on 84!), so we were trying to work on a heated paddling pool option. That option was going to be difficult, although doable. Private pools at hotels were also proving to be troublesome, as there were many biosecurity measures preventing us from using them. Both Ilda and Dalia were very patient throughout all of this and finally, thanks be to God, the government ruled that public pools could open again!

The ecclesia met in the center of town early on Tuesday morning, November 24, and what an exciting time it was. This was the first time that everyone had been together and seen each other since March. What better occasion than to watch two more people commit their lives to the Lord? We gathered at the poolside and did a reading together before Dalia and then Ilda entered the water. For a bit of background, Dalia is Ilda’s granddaughter, so it was very special for them both to be baptized on the same day! For Ilda, it was a big deal, because she cannot swim and was afraid of the water. Also, she has been quarantining at home since March. This was a big outing for her. This doesn’t even take her age into account as well! The look on her face afterwards was just pure joy. She and Dalia were both so excited, and the ecclesia (as well as the angels, our Lord Jesus and our Father!) were all rejoicing with them.

Sis. Magaly, (daughter of Sis. Ilda, and aunt to Sis. Dalia) was telling us how her mother, Ilda, had always been a staunch Catholic. “Who would have thought that my mother would ever want to be baptized?! But God has His timing.” He sure does! Apparently, Bro. Sami (Sis. Dalia’s brother, and grandson to Sis. Ilda) was giving Ilda classes, and even though Magaly lives with her mother, she didn’t realize this was going on for quite some time, until Ilda finally let her know that she was interested in the Bible! Dalia was also at the same time sharing with her grandma what she had been learning in Bible classes herself. Dalia became interested in the Bible after returning to Bolivia in 2017 from several years living in Israel. Her brother Sami invited her along to some Bible talks, and she says that she found it fascinating to read about all the places in the Bible that she already knew personally! As they say, the rest is history. Their family (Sis. Magaly, Bro. Sami, and now Sis. Dalia and Sis. Ilda) are a great testimony to the fact that you never know what God’s plan is, so all you can do is sow the seed!

Not only were we able to spend time together as an ecclesia at the pool, but afterwards we returned to the ecclesial hall. After a short talk and welcome to the new sisters, we shared a meal of salteñas (essentially savory Bolivian meat pies). There was a lot of chatter and laughter; it was clear how much we were enjoying being in each other’s company again!

Coronavirus restrictions are still affecting life here, though not to the extent previously. We now have no curfew or restrictions on the days that we can go out, but masks are still very commonplace, and people still don’t meet together as much as they did before. The ecclesia has decided for now that we will go back to meeting together in person (it has been over Zoom for the last nine months), but at this stage, only every second week. It is so different meeting in person rather than virtually! While the internet has been a huge blessing this entire year to keep up communication and connection with brothers and sisters, it has been wonderful to start meeting together and really getting to know our brethren here in La Paz on a different level. They are such a wonderful bunch, and we know that Sis. Ilda and Sis. Dalia will be such a great addition. Thanks be to God for His unfailing love toward every one of us!

Imagine sitting down for afternoon tea at someone’s house, and as you lift your hot drink to your lips, you glance around the room and notice a human skull staring back at you. In Bolivia, this is a very real possibility.
Continue Reading
Reflections