Opening the Curtains: Bolivia and Chile

We encounter examples where adversity is no match for a commitment to the Gospel truth. 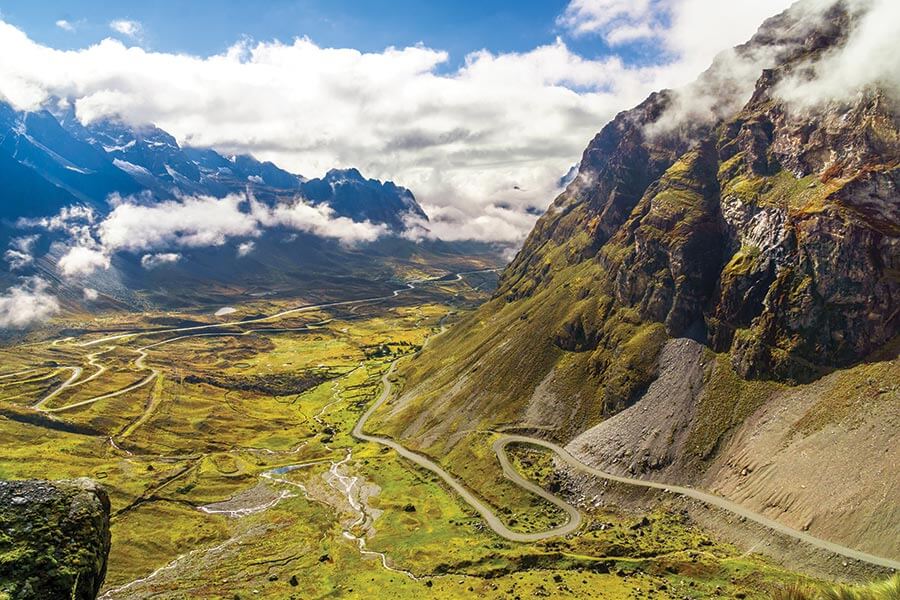 Change are more noticeable after a period of absence, especially with children. The incremental changes from day to day often compound into a dramatic difference. The last three years have had their share of change, some of which has been by no means incremental. So, a return to Bolivia and Chile after such an absence bluntly revealed the effects of recent global upheaval.

In Bolivia, the streets are clogged with protesting miners. The city blocks, previously dedicated to shops for tourists, have been reduced to a single quiet street. There are no tourists.

In Santiago, Chile, the once elegant pedestrian malls are now open street markets. Prices are spiraling upwards, borders are becoming irrelevant, and urban art has reached the cathedral’s walls.

Travel that previously was smooth and routine has become an itinerary with cancellations and lost days, as airlines struggle to staff their flights.

There is a tangible sense of agitation in the air.

Although the scenery around La Paz is breathtaking, the gasp on arrival is generally a result of the shortage of oxygen at 14,000 above sea level. The ecclesia in La Paz is in the city with the highest altitude on earth. The seven brethren in La Paz had been meeting online, and this visit provided an opportunity to dust off the little hall and recommence a regular meeting.

The experience of meeting again, after a period of online interaction, seemed to universally endorse the inadequacy of the latter, despite its utility during the difficult time we have passed through. It provides new energy and impetus, evident among all the brothers and sisters who visited on this trip.

In La Paz, this first meeting was augmented by the occasion of the baptism of Cristian Mamani. Bro. Cristian had studied for some years, most recently online from various parts of the world. He gave a tremendous confession of faith, and his baptism brought the two sisters who live outside La Paz and Cristian’s parents and relatives together with the ecclesia. In keeping with the age, the baptism was also transmitted via Zoom.

The ecclesia in La Paz has now reinitiated its regular program. This visit was the first to La Paz since Bro. Isaiah and Sis. Rosie Tunnell returned to New Zealand, having weathered nearly two years in Bolivia while the pandemic raged. The ecclesia here is well and in good spirits while waiting for the Lord’s return.

After a final baptism interview with Bro. Robert Alderson and Bro. Sami from La Paz, Cristian Mamani Aguiree was baptized on Sunday, October 30, 2022. Cristian is a young brother, thirty years old, very thoughtful, studious, and capable, with a great grasp of the Scriptures. We anticipate he will be a very beneficial addition to the ecclesia in La Paz.

A similar situation to Bolivia, existed in Santiago, Chile. A small office previously used for meetings lay semi-abandoned after months of online meetings. At some stage, the window had blown ajar, and everything was covered in dust of lunar proportions.

Emerging from their isolation came two brothers and two friends with renewed energy for the gospel. In the case of our friend, there was a renewed desire to be baptized soon.

Further south, near the city of Temuco, the ecclesia of four got together on the small farm belonging to the family of one of our sisters. Near the lake, Villarrica, and under the shadow of its volcano, the opportunity to broaden fellowship, break bread, and study God’s word reached levels of beauty matching the natural backdrop.

We encounter examples where adversity is no match for a commitment to the Gospel truth. It firms up one’s commitment and makes it clearer than ever that there are no alternatives. When this happens, we know we have found the spirit of Peter,

Imagine sitting down for afternoon tea at someone’s house, and as you lift your hot drink to your lips, you glance around the room and notice a human skull staring back at you. In Bolivia, this is a very real possibility.
Continue Reading
Preaching and Teaching

“Here is water; what doth hinder me to be baptized?”
Continue Reading
CBMA/C

The Convivencia this past November in Chile, the southern cone of South America was a special one: brothers and sisters came from many countries in Latin America, there were two baptisms...
Continue Reading
CBMA/C

It was a joy to visit our brethren, sisters and friends in Peru and Chile. As usual, a series of lectures was held in the Hotel Kamaná in the historic center of Lima. The immensity of the city with its 10 million residents and heavy traffic has made it difficult to find a venue accessible to everyone.
Continue Reading
Reflections