A few months ago David and I were visiting with the Harvey River ecclesia at the home of its recording brother, Matthew Williams. The drive is a rough one, winding along pothole studded bamboo shaded roads, up through the hills, almost an hour from the closest main city, Lucea. 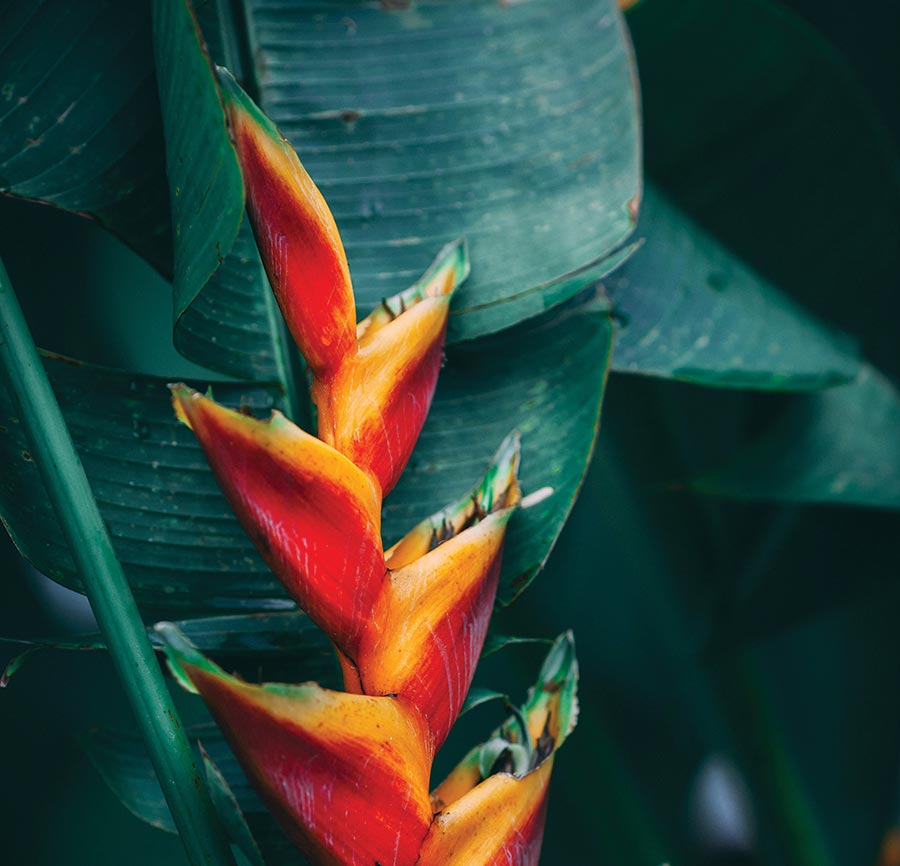 A few months ago David and I were visiting with the Harvey River ecclesia at the home of its recording brother, Matthew Williams. The drive is a rough one, winding along pothole studded bamboo shaded roads, up through the hills, almost an hour from the closest main city, Lucea. During our time in Jamaica, we tried to regularly visit the small ecclesia. Despite all 5 of the members being over the age of 80, they rarely miss doing service at the hall on Sunday and have been enjoying Brother Matthew’s weekly exhortations for nearly two decades!

Below, is his story about his conversion to the truth, as well as his advice for other brothers and sisters.

“I met the Christadelphians in 1950s. As I was going home, I stopped at this open air meeting, and this man was there. He was Brother Alan Eyre, who was in Jamaica at that time. As the meeting subsided, he asked if anyone had any questions to ask. So, I asked him a question. I asked him, “the fruit in the Garden of Eden, what was that fruit?” And he never answered me! He went to the Bible and read two verses, and he said “OK, where are you from sir?” And I said, “Up the road”. He said, we are having classes over the river every Wednesday night, and you can come, and you will hear. And I went, and I took another man with myself, and we went to the meeting, and we took instruction from there. I was instructed from ’54 until ’56. I went to the waters of baptism, through Alan Eyre.
And when the day of the baptism was set, you wouldn’t realize that I was married the Wednesday, and I was baptized on the Sunday. On the Friday night we had rain, rain, rain, rain! Saturday, rain, rain, and rain! Sunday morning: rain! We made ready at the home, because Alan had to leave Lucea to come 10 miles for me to go to be baptized. My wife said to me, “You can’t go again, because the rain is falling.” No sooner had she said that than we looked up the hill, and saw the man coming down with two umbrellas, and we went down.
We went to Lances Bay for my baptism. When we reached Lucea, at the first entrance, we see the sea. The sea was so rough we couldn’t meet there. We went to another point at Bulls Bay, open sea. The sea was rougher than rough. I say, what to do? The other sisters from Lances Bay were there waiting on us, so one of the sisters says, “Brother Alan, we have a place down near the church where that part is never rough, so let’s go down”. When we reached the church, it was on a chain, and the water was inside the church, and we couldn’t baptize. One of the other sisters says, “Mr. Eyre, Brother Eyre, let’s go down to the river.” Went down to the river. And we go up the river stream: muddy. Brother Alan went into a cane field, broke a bamboo stick, went into the water, took the fathom of the water, and says “come”. The next man went in and I went behind him. As soon as I was baptized, held up my head, and stepped on the ground, the rain ceased. We went up the hall, and we had a breaking of bread.
Here I am today, basking in the hope and full of salvation, just waiting for the kingdom to come. May God bless all the members and all the brethren (Alan Eyre, David White, David Simpson, David Morgan), and all those brethren from abroad. Out here we all unite. It’s 24 I have already buried from that church. Twenty-four brothers and sisters have died, and none of those ever left the Christadelphians to another church, or said, “well, I’m not bothering with this church.” All died in the Truth. Here I am today, praise God!
The advice that I can share with the young people today, Sister, is I don’t think that they follow what we teach. The young brethren and sisters, I think, are more for the world. I see this in many brethren that are out there. Nobody responds.
It seems to me like the brethren, when the Missionaries are here, they are comfortable. But when they are gone, the young people are gone. It’s only God that can make that plan for them. Let’s hope that the young people will see for themselves and know what they have learned and where they are coming from, so that if that day may come, they may not hear ‘Depart’, but may hear that voice ‘Welcome’.
On looking forward to the Kingdom when Christ returns, I believe that the Kingdom is prepared for me! Day by day, I am looking into the Kingdom. Not outside, not behind, not sideway, one way — and that way is eternal life. When that trumpet shall sound, if I’m even in the grave, I know I will be awakened.”

We’d like to introduce you to Sis. Cinthya Alvarez Perez, from the Jalisco Sur Ecclesia in Mexico
Continue Reading
Reflections