It is with sorrow that we announce the passing of Victor Gerardo Cortez Hernandez, or Bro. Gera. 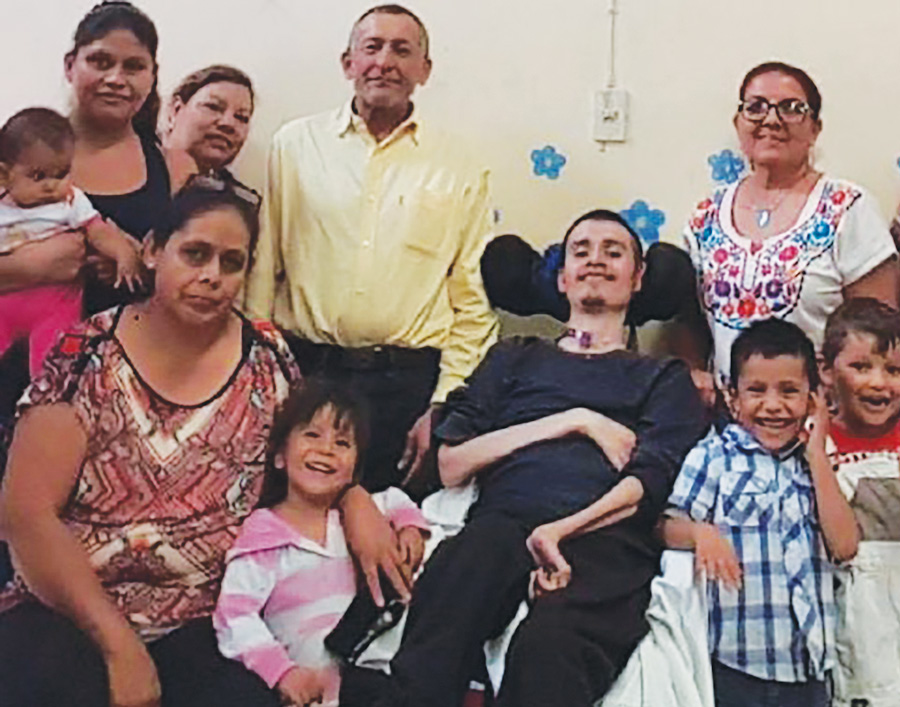 Gera was always an active child growing up. He later got married and had a son, but unfortunately, when he was 22, he was in a car accident where he was almost completely paralyzed. He never stopped fighting and was a warrior. Even with his limitations, he put out 100% into what he could do.

At times, he was almost overwhelmed with pain, anger, and feelings of impotence. He had limited upper body movement and communication was difficult. But his eyes and mind were bright and intelligent. We thank God greatly for the brethren who taught us in the studies from God’s word and removed the lies that we had been taught. We studied for a year, and then we were baptized on March 30, 2016.

I had to help speak for him because he was difficult to understand for most people. The person who came to bring the communion (who is my cousin) got angry and said, “Then you don’t want God!” Gera said: “That is not God, nor Jesus!” She got terribly angry! Gera continued to tell her that he would not participate anymore in the Catholic teachings or sacraments, and she never returned.

Gera continued in his studies daily with a tablet so he could read the Christadelphian studies Sis. Cynthia Paiva de Lopez had created in PDF format. He also searched the Internet for whatever Christadelphian works he could find in Spanish. He could manage to push the buttons and maneuver the tablet with his one partially useful arm and hand.

He was so pleased when Bro. Gabriel Lopez Munoz and Sis. Cynthia Paiva de Lopez began to put more material on YouTube. Gera never ceased to learn from the word of God. His faith was firm in the promises of our Father in Heaven, and he was an inspiration to the whole ecclesia. He always asked about the brethren he had met from other areas and other countries.

He knew that in the Last Days Jesus would resurrect him with an incorruptible body. Meanwhile, he would sleep in Christ Jesus. Gera fell asleep in the Lord at the age of 33, on November 17, 2020. It is a Catholic custom in Mexico to have nine days of masses and prayers for the deceased. We had a viewing and nine days of Bible study.

We gave out pamphlets and Bible studies for the family and friends who came. Sis. Cynthia Alvarez and I prepared doctrinally correct music, which played continuously. The brethren from the Jalisco Sur Ecclesia were on hand to support and answer people’s questions.

Bro. Victorino Ramirez Martinez from the Guadalajara Ecclesia presided over a beautiful memorial service for Bro. Gera. Our prayer is that our brother’s sleep will be short. We are so thankful to have had him as part of our lives.