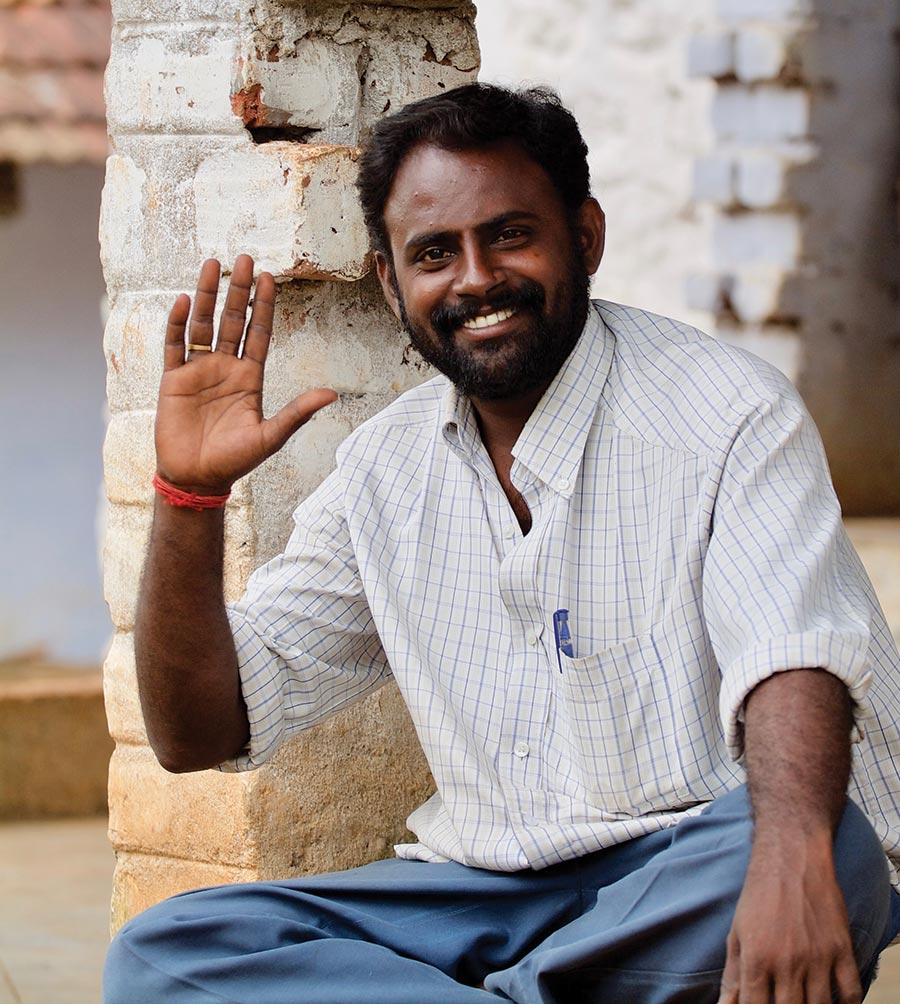 Paul now conveys greetings to the Roman brothers and sisters from his companions. Once again in this chapter, we see how scrupulous he is to mention those companions’ names to his associates, his friends, and his brothers and sisters in Rome. Everyone is known by name; no one is a mere statistic; and each of them, alone, is of great worth to the apostle, to Christ, and to the Father.

In this chapter, there are so many who are known by name to Paul. There are so very many, in fact, that we must add this thought. On several occasions Paul actually refers to other believers, but not by name:

When he does this, we should not assume that it is because he does not care enough to mention their names. Most likely, it is simply because he has never been told those names, or perhaps he has forgotten their names. We know that, try as he might to remember everyone, even the great apostle was human, and by no means infallible.

Timothy, my fellow worker, sends his greetings to you, as do Lucius, Jason and Sosipater, my relatives.

For “fellow worker” see verses 3 and 9, and the notes there.

The men whom Paul mentioned in verse 21 all seem to have been his fellow missionaries who were working with him in Corinth when he wrote this epistle… Jason may have been Paul’s host in Thessalonica (see Acts 17:5-9). Sosipater was probably Sopater of Berea, who accompanied Paul when he left Greece toward the end of his third missionary journey (Acts 20:4). (Thomas L. Constable, Notes on Romans).

Lucius: From the earliest times, some have identified this Lucius with Luke the writer of Luke and Acts. This is possible but by no means certain, for several reasons:

I, Tertius, who wrote down this letter, greet you in the Lord.

At this point Tertius, Paul’s secretary, must have asked to add his personal greeting. We may suppose that by this time he had become thoroughly wrapped up in the message and had developed a rapport with the Roman believers whom Paul was addressing.

For the first and only time, we know the name of the amanuensis [secretary] who actually penned this letter to Paul’s dictation, for Tertius slipped in his own greeting. No great man can do his work without the aid that humble helpers give him. Paul’s other secretaries are anonymous, so that Tertius is the representative of those humble unknowns who were penmen for Paul.

This little verse also suggests an affectionate scene, one which is perfectly ordinary but at the same time quite instructive. Paul doesn’t use Tertius merely as a secretary. Tertius has a personality, as well as his own personal feelings as a brother in Christ, and Paul is pleased to accommodate those feelings by giving him the privilege of enclosing his own greeting.

Gaius, whose hospitality I and the whole church here enjoy, sends you his greetings. Erastus, who is the city’s director of public works, and our brother Quartus send you their greetings.

Gaius, one of Paul’s early converts in Corinth (1 Cor 1:14), was the brother with whom Paul was staying when he wrote this letter. As mentioned earlier (vv 1,2), Paul’s letter to the Romans was written in Corinth, while he stayed with Gaius, but it was delivered to Rome by Phoebe, who lived nearby in Cenchrea.

The very fact that Paul made an exception in the case of Gaius by personally baptizing him (1 Cor 1:14 again) suggests that his conversion was a notable event due to his prominence.

Evidently, Gaius had a comfortable and roomy house which he had made available for the meetings of the ecclesia. The Greek phrase here may also suggest that, earlier, Gaius had “welcomed” Paul and many others (who were previously “strangers” to him) into his home and his care.

Because of Paul’s remark that the whole ecclesia enjoyed Gaius’ hospitality, it is tempting to suppose that he is the man (Titius Justus) who invited believers into his home after the break with the synagogue (Acts 18:7). This involves the supposition that Paul is giving us only a part of his name and that Luke provides the rest. Quite often, Roman citizens had several names.

The KJV translates “oikonomos” as “chamberlain”. This English word comes from medieval Latin and old French, and describes a trusted senior employee. “Chamberlain” refers to the employee’s access into the private chambers of the master so as to consult with him there. This authority also extends to management of the household staff and finances.

The simple word “house” may have many applications. The idea has been expanded to encompass a larger sphere of oversight: not just the steward or butler of a domestic house, but the trustee of a business, or even the executive director of a nation or kingdom. In this case, because of the other word used here (“polis”, or city), Erastus was the “oikonomos poleos”, the city manager or director.

The NET and NRSV Bibles translate the word as “the city treasurer”; the ASV, as “the treasurer of the city”; the NIV as “the city’s director of public works”.

Any further evidence as to Erastus’ precise position in Corinth would have to be determined from archaeology and history. There is at least some evidence, though by no means conclusive, that suggests that Erastus held a supervisory position over Corinth’s public works:

Oscar Broneer, who did considerable excavating at the site of ancient Corinth, reports in The Biblical Archaeologist XIV (Dec. 1951), p. 94:

[In Rome] a reused paving block preserves an inscription, stating that the pavement was laid at the expense of Erastus, who was “aedile” (Commissioner of Public Works). He was probably the same Erastus who became a co-worker of Paul (Acts 19:22; Rom 16:23, where he is called “oikonomos”, “chamberlain” of the city), a notable exception to the apostle’s characterization of the early Christians: “Not many wise men after the flesh, not many mighty, not many noble are called” (1Cor 1:26).

…and our brother Quartus send you their greetings: “Our brother” may simply mean another brother in Christ. On the other hand, Harry Whittaker writes:

Nothing else is known of Quartus. The name means “fourth”, so quite possibly he is the fourth son of a prominent family, of which Secundus was the second son (Acts 20:4) and Tertius the third son (Rom 16:22).

At this point the KJV has a verse 24 as follows:

“The grace of our Lord Jesus Christ be with you all. Amen.”

Likewise, the verse appears in the ASV.

However, the RV, NEB, RSV, NIV and NET omit this phrase altogether, and their translations have no verse 24 at all. Other manuscripts have this verse or its equivalent after verse 27, but this isn’t usually reflected in the translations (see further notes on verse 20).

According to the NET Notes: “The strength of the external evidence, combined with uncertainty in other manuscripts over where the verse should be located and the fact that it is a repetition of verse 20b, strongly favors omission of the verse.”

Here two groups of believers are mentioned without accompanying descriptions or commendations: “the brothers with them” (v 14), and “all the saints with them” (v 15). Apparently, Paul’s ties with these believers were not as strong as his ties with all the others who have been previously mentioned.
Continue Reading
Exposition

The concluding doxology (praise to God), though briefer, is like the previous doxologies in Romans 8:31-39 and 11:33-36.
Continue Reading
Exposition

We are at the end of this series, and I would be remiss if I did not say the following, very clearly and simply. No matter how it may sound to you, the readers, I am by no means a paragon of virtue. I am certainly not saying that I have done anything like all the good deeds which our Lord tells us we should do—in fact, I have done very few of them. I want this to be more than a cliché, more than a perfunctory disclaimer when I tell you that I am exhorting myself first and foremost before I ever think of exhorting anyone else.
Continue Reading
Life Application
Marriage Proverbs: Guidelines for a Happy Relationship. (9) Guideline # 8: “All your children shall be taught by the Lord, and great shall be the peace of your children” (Isa 54:13 ESV).
Continue Reading
Reflections