Showing Love by Helping Others 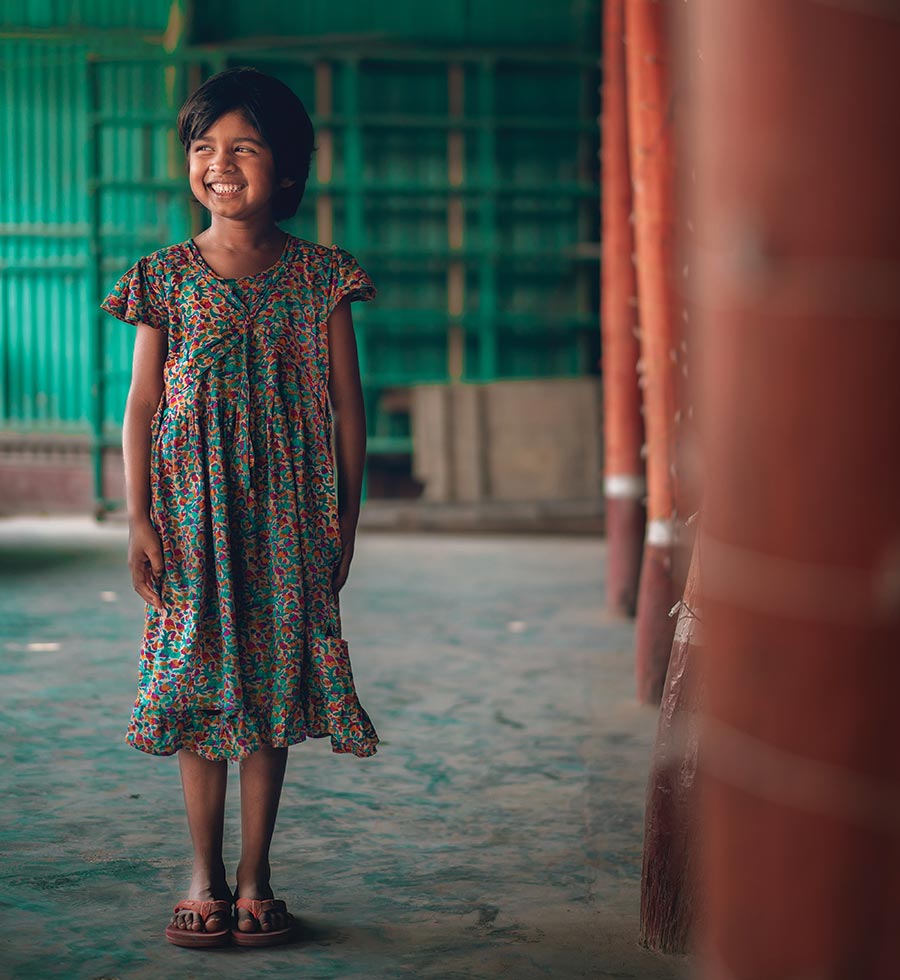 The poet Elizabeth Barrett Browning wrote a sonnet to her beloved husband Robert Browning—a sonnet which blended her love for him with Biblical allusions and expressions of a more spiritual love. She began the sonnet in this way:

How do I love thee?
Let me count the ways.

I love thee to the depth
and breadth and height

My soul can reach,
when feeling out of sight

For the ends of being and ideal grace.

I love thee to the level of every day’s

Most quiet need,
by sun and candlelight.

I love thee freely,
as men strive for right.

I love thee purely,
as they turn from praise.

I believe it is appropriate to use similar language to describe how the saints named in Romans 16—brothers and sisters alike—found so many ways to express their love for their Lord and Savior Jesus Christ. Let us, then, count the ways these believers showed their love—to the depth and breadth and height their souls could reach—in their efforts, both individually and collectively, to attain the same depth and breadth and height of the love which Christ had shown for them, and to find the same fullness of grace which he found, sufficient for each day’s needs (Eph 3:18,19).

So, we shall consider how these disciples—little known by us, but nonetheless loved by Paul and by Christ—showed such love.

How can we show our love for Christ?

We might all ask ourselves the following: How can we, as brothers and sisters of Jesus Christ, show our love for our Savior? His words in the Matthew 25 passage answer this question: We love Jesus by loving others, and we help Jesus by helping others, just like those who lived in Paul’s day showed their love for their Lord by helping the apostle and his companions. We can serve and help our Lord by serving and helping other believers, no matter their status. Perhaps we may look upon some of these believers as “the least” of his brethren, and—may God forgive us!—hardly worth our effort. However, as we have seen in Romans 16 if nowhere else, the least of his brethren—and the least of the help which we can offer, even a simple drink of water—is just as important as a service to Christ:

“And if anyone gives even a cup of cold water to one of these little ones because he is my disciple, I tell you the truth, he will certainly not lose his reward.” (Matt 10:42).

Nevertheless, we need not stop here. In another place, Paul has said that doing good to other believers certainly does not preclude doing good to all people!:

“Let us not become weary in doing good, for at the proper time we will reap a harvest if we do not give up. Therefore, as we have opportunity, let us do good to all people, especially to those who belong to the family of believers.” (Gal 6:9,10).

And in another place, our Savior has said:

If the second greatest commandment is to love our neighbor, whoever he or she might be, then it is just as plain that we may show our love for God and His Son by acts of love toward any and all humanity — even our enemies:

“Give to the one who asks you, and do not turn away from the one who wants to borrow from you. You have heard that it was said, ‘Love your neighbor and hate your enemy.’ But I tell you: Love your enemies and pray for those who persecute you, that you may be sons of your Father in heaven. He causes his sun to rise on the evil and the good, and sends rain on the righteous and the unrighteous.” (Matt 5:42-45).

It is good for a believer to give a cup of water to another believer, but it should be equally obvious that believers show the same kindness to anyone in need, no matter how close we are to them, or what their religious beliefs.The closer we look at this whole question, the larger grows the field in which we can show our love for our Savior. There is no end to his love for us. He loved us when we did not even know enough to love him! So, there should be no end to the ways we can show our love for him. Everywhere we turn, everywhere we look, the opportunities are there for the taking, and our light can shine before all men:

“You are the light of the world. A city on a hill cannot be hidden. Neither do people light a lamp and put it under a bowl. Instead they put it on its stand, and it gives light to everyone in the house. In the same way, let your light shine before men, that they may see your good deeds and praise your Father in heaven.” (Matt 5:14-16).

It is obvious that “light” in the Bible can symbolize the preaching of the gospel to a world in darkness; there is no disputing this—Bible passages to this effect abound. But here, in his great statement about how we should live, our Lord Jesus Christ distinctly says that our “light shining before men” can also be demonstrated by our “good deeds.”

It is good for a believer to give a cup of water to another believer, but it should be equally obvious that believers show the same kindness to anyone in need, no matter how close we are to them, or what their religious beliefs. “Your Father in heaven… sends rain on the righteous and the unrighteous,” Jesus says. (Matt 5:45).

“Give to everyone who asks you, and if anyone takes what belongs to you, do not demand it back. Do to others as you would have them do to you. If you love those who love you, what credit is that to you? Even ‘sinners’ love those who love them. And if you do good to those who are good to you, what credit is that to you? Even ‘sinners’ do that… But love your enemies, do good to them, and lend to them without expecting to get anything back. Then your reward will be great, and you will be sons of the Most High, because he is kind to the ungrateful and wicked. Be merciful, just as your Father is merciful… Give, and it will be given to you… For with the measure you use, it will be measured to you.” (Luke 6:30-33,35-38).

A cup of water

Janie Forsyth grew up on the outskirts of Anniston, Alabama, where her father owned a small grocery store. It was a time and place where the Ku Klux Klan was a powerful force. This racist organization routinely terrorized and beat African Americans, mostly with impunity. Their stated intention was to keep them “in their place.” So, when it became known that Freedom Riders would be on an integrated Greyhound Bus traveling across segregated Alabama, there were whispers of trouble waiting for them when they passed through Anniston.

On May 14, 1961, Janie, aged 12, learned from her father that when the bus arrived in Anniston, the local chapter of the KKK would be prepared. In his words, “We will give them a little surprise.”

That day, Janie had her own surprise when the bus, riding on tires that had been slashed, was finally halted by 200 angry white men just in front of her father’s store. Hearing the uproar, she came from the back of the store and stood out front, to see what was happening. She watched as the mob surrounded the bus and the white bus driver left the bus and walked away. Then the mob broke the back window of the bus, and someone threw an incendiary device inside. The bus was instantly filled with black smoke. The people on the bus, 13 Freedom Riders and other unsuspecting passengers, were gagging and suffocating in the smoke. With cries of “Burn them… alive!”, parts of the mob held the bus doors shut to prevent anyone from escaping. Then the fuel tank exploded, setting the bus on fire but also forcing the mob to move back.

This gave the passengers a chance to break out of the burning vehicle and find air to breathe. Now they came spilling out of the bus, crawling on the ground, gasping for air, vomiting, and pleading for water, while the gang of white men went from one to another, beating them with baseball bats and pipes.

Janie, watching nearby, could think of only one thing to do. She ran to fill a clean bucket with water, grabbed some cups, and ran into the crowd. Going from one victim to another, she washed their faces and then gave each of them a cup of water. She realized she was putting herself in danger by venturing into the mob, but she hoped they wouldn’t harm her because, as she put it, “I wasn’t grown up yet.” And she remembered what she had learned in church and Sunday school, that Jesus had said, “Whatever you do to the least of my brothers, you do to me.” So, the 7th-grader Janie Forsyth carried on, washing faces and handing out cups of water until she had helped everyone as best she could.

She went unharmed that day, but she could not know then how close she came to suffering serious consequences for her actions. She found out later that the local KKK met to decide whether she should be punished for her act of kindness. They decided against punishing her because, as one member put it, she was “too young and silly to know any better.”

She was never physically harmed, but other forms of suffering awaited her in the years to come. At school, she was ostracized by some of the children, who called her ugly names. And, in her own words, “This was such a black mark on my family that nobody—not even my father—would talk about it. I was the black sheep.”

It wasn’t until years later, after her father had died, that Janie Forsyth (now Janie McKinney) learned the full truth. When Pearl, the beloved black housemaid who had helped raise her, lay dying, Janie visited her.

“I said, ‘Pearl, Daddy never got over being mad at me about that bus, did he?’ She said, ‘No, child. That’s not right. He told me he had never been prouder of you than he was that day.’”¹

It was such a simple act that day, even if a lifetime threat hung over the head of that 12-year-old girl. A simple act of humanity—a simple recognition of humanity, that, for all the perceived differences among one people and another, we are all much more alike than we are unalike. There is a sameness in everyone and an underlying fellowship of need that should bind every human to every other human. We are all in this together! And at one time or another, we all need someone else:

A few days ago I read Psalms 111 and 112 (which, most scholars agree, are…
Continue Reading
Reflections

What was in Peter’s mind, that he ended up in the courtyard at the high…
Continue Reading
Reflections

It’s possible to teach simplified versions of Bible stories to our children, and then feel…
Continue Reading

Inclusion in the Bible

Understanding and Emotion in Our Songs of Worship

Let All Things Be Done Unto Edifying

All in One Church