We are at the end of this series, and I would be remiss if I did not say the following, very clearly and simply. No matter how it may sound to you, the readers, I am by no means a paragon of virtue. I am certainly not saying that I have done anything like all the good deeds which our Lord tells us we should do—in fact, I have done very few of them. I want this to be more than a cliché, more than a perfunctory disclaimer when I tell you that I am exhorting myself first and foremost before I ever think of exhorting anyone else. 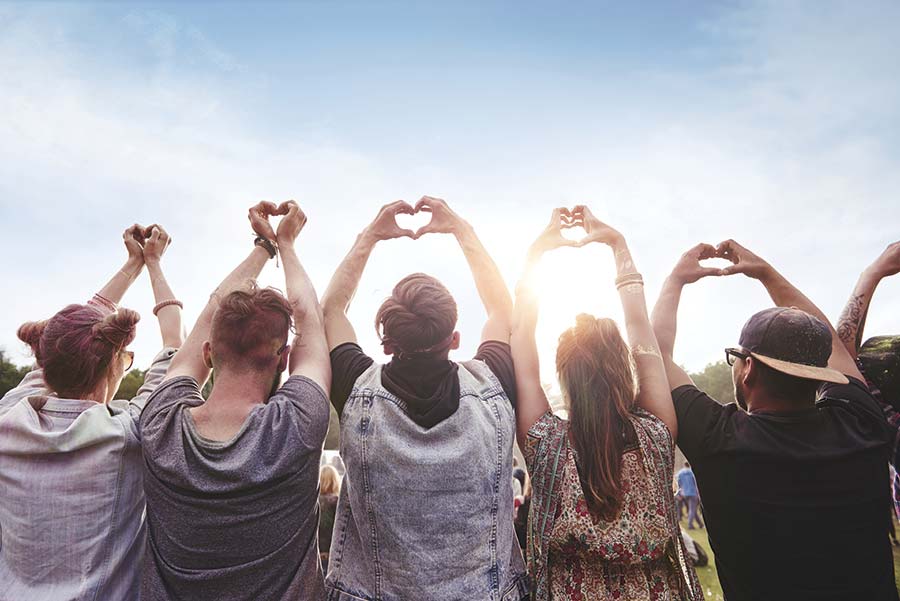 The People Who Are Kind

There is a beautiful thought that has been pointed out by various writers, Christadelphian and otherwise. The early name given to believers in Christ, “christianos” (Acts 11:26), sounded so much like another word that it could have been easily mistaken for that other word—the difference being only one vowel. That other word was “chrestianos,” meaning “the people who are kind, good and benevolent.” Harry Whittaker, for one, suggests this was no accident, but a name deliberately chosen to advertise the One Faith in the first century. He writes:

“In popular speech ‘Christianoi’ [i.e., Christians] readily became ‘Chrestianoi’, the kindly folk. This confusion between ‘Christos’ and ‘chrestos’ was recognized by the apostles, and even encouraged by them:
‘His kindness (chrestotes) towards us through Christ [Christos] Jesus.’ (Eph 2:7)
‘Be ye kind (chrestos) one to another… even as God for Christ’s (Christos) sake.’ (Eph 4:32).”1 Studies in the Acts of the Apostles, Harry Whittaker, p. 168.

It is a fact, remarked upon by various historians, that the early church or ecclesia had such a tremendous impact on the Roman world because the church was a group of men and women who acted out of love and kindness toward all mankind. The Roman world was a harsh and even brutal place where charity, philanthropy, unselfish love or even simple kindness were little known, except perhaps toward one’s immediate family or friends. In such an environment, the early “Christians” could easily come to be called “the people (indeed, almost the only people!) who are kind,” and their reputation could gain a hearing for their beliefs from those in the Empire who benefited from that kindness.

All of which gives us one more reason to be kind to others, to everyone, all the time, and no matter the circumstances:

“Love is patient, love is kind. It does not envy, it does not boast, it is not proud. It is not rude, it is not self-seeking, it is not easily angered, it keeps no record of wrongs. Love does not delight in evil but rejoices with the truth. It always protects, always trusts, always hopes, always perseveres. Love never fails.” (1 Cor 13:4-8).

As if we needed another reason! 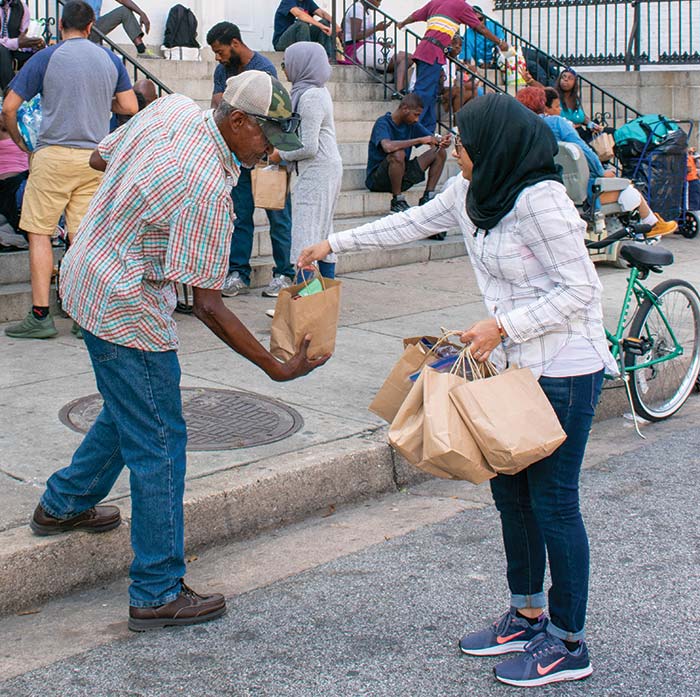 The brothers and sisters in Romans 16 surely went about doing good to strangers, helping wherever they could. Even as they engaged in preaching the gospel of Jesus Christ, they also did what they could to feed the hungry, care for the sick and comfort the suffering. What good does it do to preach about a coming kingdom of righteousness, peace and plenty if we pass by those in need right now—without being touched by them and without touching them in turn?

So, we take it for granted that, as those commended Romans helped Paul and his fellow preachers and teachers, they also helped those to whom Paul was preaching. To tell a mother with a starving child about the Savior who multiplied loaves and fishes means very little if we don’t share our food with them:

“If a brother or sister be naked, and destitute of daily food, and one of you say unto them, Depart in peace, be ye warmed and filled; notwithstanding ye give them not those things which are needful to the body; what doth it profit?” (Jas 2:15-16, KJV).

So, what can we do to help? There are so many different ways, some of which Paul has pointed out for us in his commendations of the brothers and sisters in Romans 16: 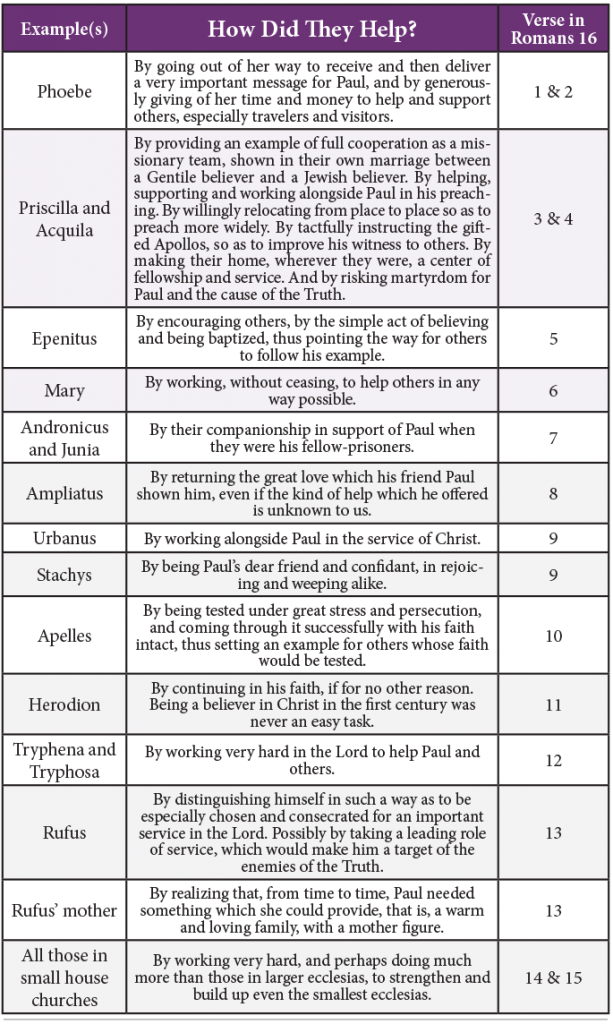 Paul also conveys greetings to the brothers and sisters in Rome from other believers who are with him in Corinth, while especially singling out some of them for their service to himself and others:

The men and women named and listed in Romans 16 were people whom the Apostle Paul loved. They were also men and women whom Jesus Christ loved, and whom his Father in heaven loved as well. They were loved not just because they believed and were baptized, but also because, for their part, they loved to the extent that they were willing to go the extra mile, to make the extra sacrifice, of time and money and comfort, to further the preaching of the gospel while also helping others. They remind us once again of what we should know already: that love is not an emotion—it is an action. We show love by doing something, for someone else, even at times for someone we do not know and will probably never meet, or never meet again. They remind us of one more thing which we should already know: that faith without works is dead. We must keep our faith alive by doing good and kind things for others, not just our brothers and sisters (although that is surely a good place to start), but also by doing good and kind things for neighbors and friends and acquaintances and strangers.

Those in Romans 16 were Paul’s friends, as well as believers he may never have met, but of whom he had heard good reports. He wanted to know their names, he wanted to remember those names, and presumably, he wanted us to know those names also—although he had no hope of meeting any of us before the Kingdom. Surely, he wanted all who read his words in the Letter to the Romans to know one more thing:

If we would like our name inscribed in a similar letter or book, we have only to be thankful for the blessings we have received, both spiritual and temporal, and to return the favors conferred upon us by bestowing blessings upon others—blessings of faith and hope which come through the preaching of God’s Word and blessings of love which come through simple, heartfelt acts of generosity which need no words at all.

Profound words convey wonderful news, while small actions convey the wonderful reality of love—whether it be a cup of cold water, a visit to a friend who is ill, a coat when a child is cold, or comfort when a neighbor mourns. Paul wanted us to follow Christ even as he followed him, teaching his words while living out the spirit of those words every day. He wanted us to be peacemakers and not troublemakers, to show mercy for the seventy-seventh time and more, to refrain from anger and bitter words, to seek reconciliation and not division, to go the extra mile, to bear the extra burden, to do what King David did—and give to God something that is not easy to give but rather costs us dearly! He wanted us to turn the other cheek, to love the people who persecute us, and also to pray for them. He wanted us to be perfect, even as our Father in heaven is perfect—and if we can’t do that (and it is breathtakingly obvious that we cannot!), then he wanted us at least to try!

But most of all, at the end of everything else, Paul wanted our names to be written “in the book of life” (Phil 4:3), and never to be blotted out (Rev 3:5), because that book of life is the property of the Lamb of God who was slain for us (Rev 13:8). And he wanted us all to enter that glorious city which is the New Jerusalem:

“On no day will its gates ever be shut, for there will be no night there. The glory and honor of the nations will be brought into it. Nothing impure will ever enter it, nor will anyone who does what is shameful or deceitful, but only those whose names are written in the Lamb’s book of life.” (Rev 21:25-27).

How did Jesus ever come to be in what we now call Lebanon?  We know…
Continue Reading
Reflections

It’s become a cliché to say that something is “a marathon not a sprint”.  There…
Continue Reading
Reflections